In Afghanistan, one step forward, but peace still a far leap

After presidential rivals settle on a power-sharing deal, the big question remains: Will the Taliban come to the table? 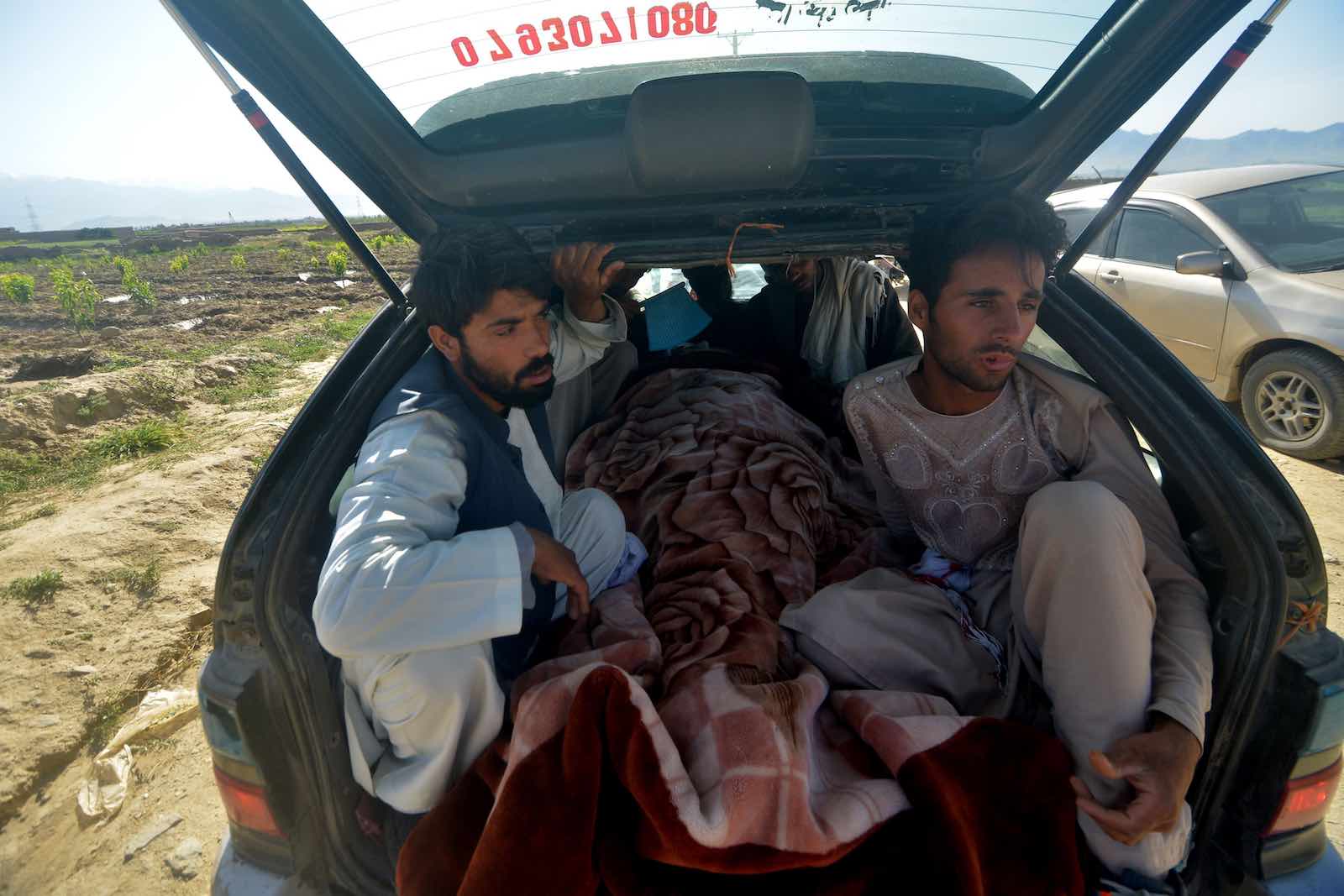 Last week, Afghanistan’s top two politicians, Ashraf Ghani and Abdullah Abdullah, signed a power-sharing agreement in Kabul, ending their eight-month standoff over September’s presidential elections. The deal allows Ghani to remain president, while giving Abdullah control of the top peacemaking body and the ability to “introduce” 50% of cabinet appointments. Temporarily, the accord halts Afghanistan’s slide towards civil war and provides Kabul with a window to face twin challenges: the coronavirus pandemic and the Taliban insurgency.

Surprisingly, this latest Ghani-Abdullah agreement was largely brokered by Afghans – in contrast to their 2014 National Unity Government accord, negotiated by then–US Secretary of State John Kerry. The agreement is evidence that Afghanistan’s fractious powerbrokers can resolve their own disputes when they possess the will to do so and are unable to decisively court outside support for their factions – a dynamic that can hopefully repeat itself in the broader peace talks with the Taliban.

The Ghani-Abdullah deal also highlights how Afghanistan’s traditional consensus-based decision-making is better suited to addressing the country’s political challenges than its present winner-take-all “democracy”, which is marked by persistent elite acrimony and rigged elections. Going forward, as the future of Afghanistan’s political system is negotiated between Afghan’s “pro-republic” elites and the Taliban, incorporating consociational features and decentralising power are key.

A three-day ceasefire for the Eid holiday announced by the Taliban this past weekend was welcomed by Ghani as well as in Washington, but the longer-term significance of such a gesture remains to be seen.

The power-sharing agreement was also enabled by the big regional powers, who recognise the need for a political resolution to the war. This consensus has endured in spite of America’s growing tensions with China and Iran and an adversarial relationship with Russia. Indeed, Moscow and Tehran were also unhappy with Washington’s decision – however reluctant – to recognize Ghani’s government in March, which they expressed in word and deed.

Still, neither Moscow nor Tehran opted to take a disruptive approach. Tehran stood by long-time partner and fellow Persian-speaker Abdullah, angering Ghani’s team, but then nudged the sparring Afghans towards reconciliation, moving in parallel with Washington, which announced a cut of $1 billion in aid to Afghanistan after a failed bid by Secretary of State Mike Pompeo to negotiate an agreement in March between Ghani and Abdullah.

Iran and Russia issued a joint statement with China and Pakistan welcoming the Ghani-Abdullah deal, reiterating their commitment to an intra-Afghan dialogue, and indicating a common interest in a responsible US withdrawal from the country. Ironically, while Afghanistan has often been described as a battleground in a so-called new “Great Game”, it appears to be a theatre of tacit great-power cooperation in an era of great-power competition.

The Taliban, meanwhile, have remained committed to seeing their deal with the US go through, despite a continued standoff with Ghani over prisoner releases. It’s unclear how the Taliban’s views on ruling Afghanistan have evolved, but their diplomatic outlook and statecraft have become sharper. For example, the Taliban, long seen as a proxy of the Pakistani army and intelligence services, took a neutral stance on Kashmir during the height of tensions last year, issuing a statement on India and Pakistan to avoid steps that might destabilise the region.

While the Ghani-Abdullah agreement is indeed a step forward for Afghanistan, it is a tenuous one. And this is due to the deal’s ambiguity and the low trust between its signatories. The agreement gives Abdullah the ability to “introduce” half of the cabinet nominees, but Ghani, who has a penchant for patrimonial rule, could conceivably render them powerless by empowering his own advisors over any Abdullah-nominated cabinet ministers. And while the agreement gives Ghani and Abdullah shared authority over appointing governors – a key privilege of the Afghan presidency – it does not specify a mechanism for doing so, appearing instead to rely on an informal understanding between the two men. The deal also includes other Afghan powerbrokers as part of a supervisory council, but their recommendations are not binding.

The recent past gives little reason to believe that the Ghani-Abdullah agreement will endure. The two men shared power from 2014 through the aftermath of last year’s elections. Early in their first term, Ghani sidelined Abdullah and sought tactical partnerships with other powerbrokers, such as northern strongman Atta Noor, playing them off of each other. Talks between Ghani and Atta then fell apart, and in 2017 Ghani sacked the warlord from his post as governor of Balkh province. But in last year’s presidential elections, Atta tilted toward Ghani.

Given this context, Ghani likely sees a second power-sharing agreement with Abdullah as a temporary ceasefire that legitimises his presidency, eases US pressure and gives him the political capital to confront the Taliban. Indeed, given that his main executive responsibility is control over the peace council, Abdullah could see his functional power recede should the intra-Afghan dialogue break down at some point or even fail to start, straining or even jeopardising his pact with Ghani.

Abdullah’s ethnic background may both help and hinder the reconciliation process. He and other members of the former Northern Alliance have historically been the Taliban’s greatest foes. At the same time, for a peace agreement to endure, it is vital that non-Pashtun powerbrokers have ownership in the process. In recent months, Abdullah has overcome staunch opposition to talks with the Taliban — showing greater enthusiasm for the process than Ghani — but it is unclear whether this reflects a changed outlook on the militant group or is an attempt to curry favour with Washington, which wants the intra-Afghan dialogue to begin quickly.

After a brief reduction in violence earlier this year, Afghans are once again are dying in large numbers, as violence between the Taliban and Afghan government has soared, and the local affiliate of the so-called Islamic State has stepped up attacks on civilians. The Taliban are using their strength on the battlefield to press Kabul to release its prisoners, as agreed in the US-Taliban accord. Importantly though, the militant group has refrained from announcing its spring offensive and has yet to try to seize a provincial capital this season. The group seems to be exercising some restraint because it wants the US to live up to its bargain: a total withdrawal by next year.

A three-day ceasefire for the Eid holiday announced by the Taliban this past weekend was welcomed by Ghani as well as in Washington, but the longer-term significance of such a gesture remains to be seen. A similar Eid ceasefire in 2018, called by Ghani, amounted to no more than a brief pause in hostilities.

The Trump administration appears committed to seeing its agreement with the Taliban through. As long as the insurgent group holds up its end of the deal and initiates a dialogue with Afghans and fulfils its counterterrorism commitments, America is very likely to complete its agreed-upon withdrawal by next year.

Ghani would thus be mistaken if he believes that his deal with Abdullah allows him to play hardball with the Taliban indefinitely. It is in his interest – and that of Afghanistan as a whole – to see that the talks with the Taliban begin as soon as possible.

Show 1 Comments
Previous Article
A Yazidi genocide trial commences – a Hezbollah ban contemplated
Next Article
How is an advanced Australia faring in the Asian century?