Two recent developments in Germany have implications for Australia’s security interests in the Middle East. 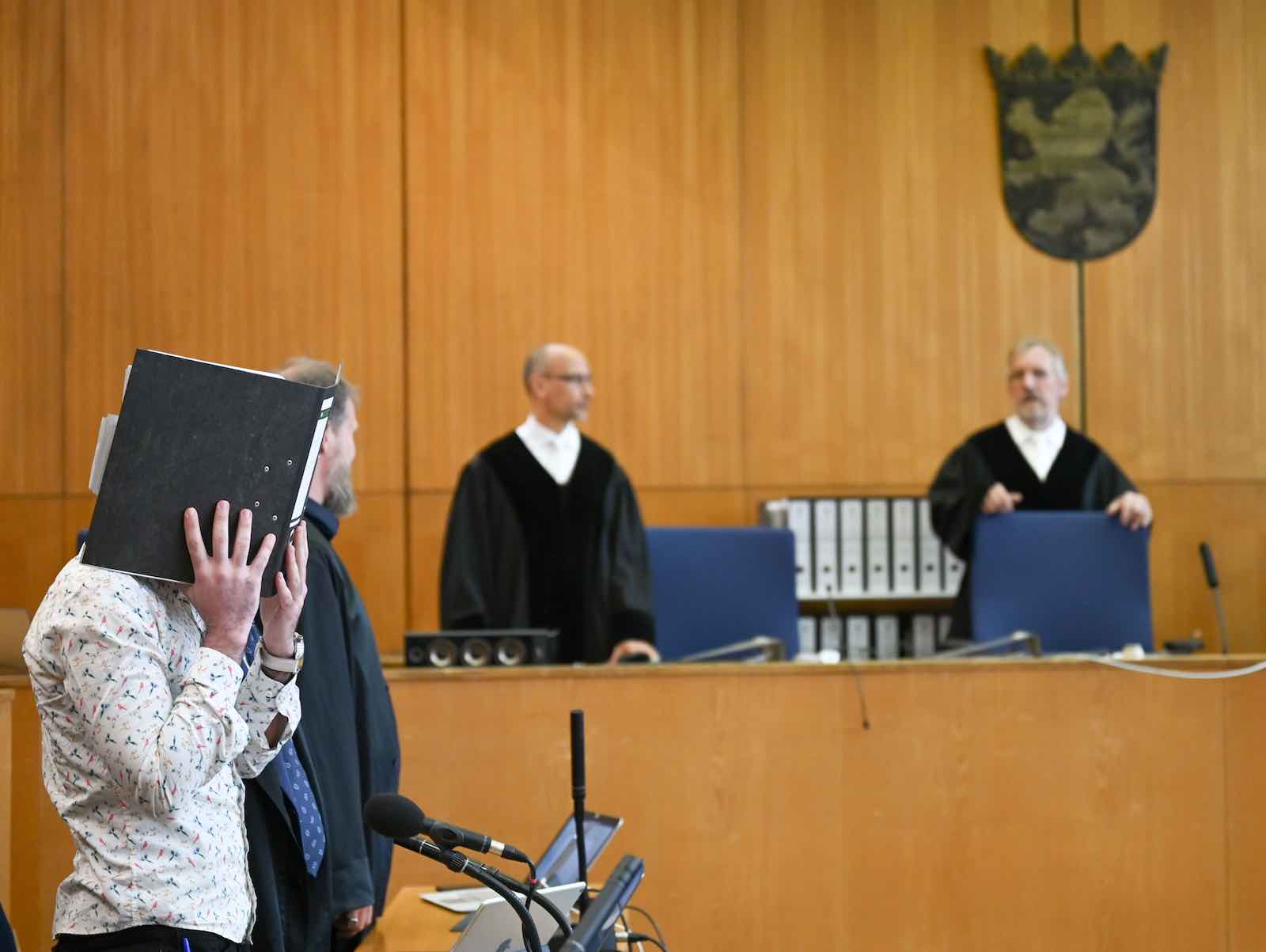 A defendant, identified only as Taha al-J, hides his face for the start of his trial on 24 April on charges of genocide and murdering a Yazidi girl held as a slave (Arne Dedert/AFP via Getty Images)
Published 22 May 2020 15:00   0 Comments       Follow @RodgerShanahan

Remarkably, for all the international attention on the plight of the Yazidi back in 2014 as Islamic State ravaged Iraq, it has taken until now, six years later, to bring the first charges of genocide.

A trial commenced last month in a German court of a man accused of murdering a Yazidi girl traded as a slave by chaining her up in Falluja in 2015 and leaving her to die of thirst. Identified only as Taha al-J, he is also alleged to have held roles with Islamic State. The man’s German wife is also accused of murdering the girl in an earlier case that commenced last year.

The treatment of Yazidi women by Islamic State has also been investigated by Australian authorities, and the outcome of the German trial will be closely watched.

The case is of significance to Australia, which joined in the international campaign against Islamic State following 2014. The treatment of Yazidi women by Islamic State has also been investigated by Australian authorities, and the outcome of the German trial will be closely watched. Last year, five Yazidi women unsuccessfully appealed to the NSW Civil and Administrative Tribunal for victim support payments over the treatment received while they were held as slaves in Raqqa by Khaled Sharrouf, one the most notorious of the Australian foreign fighters to join Islamic State. Australian investigators have also interviewed Yazidi women in Europe, according to media reports, with a view to building a brief of evidence against other Australian jihadists who may have been party to their mistreatment.

Another recent development in Germany will have also caught the attention of Australian authorities. Last month, the German government decided to ban the pro-Iranian Lebanese Hezbollah group in its entirety. Countries normally approach the Hezbollah in one of two ways: to ban it entirely or to recognise its political wing and ban its External Security Organisation (ESO) as a terrorist organisation. The US, Canada and, as of last year, the UK ban Hezbollah in its entirety. Australia only bans the ESO, as do the European Union, New Zealand and some others.

It is an artificial divide, of course, but it remains useful for Australia as the only Five Eyes country with an official channel open with Hezbollah (New Zealand does not have an embassy in Lebanon). Following the expanded ban by Britain last year, the Foreign Minister Marise Payne said she would re-examine Hezbollah’s behaviour, but no change was forthcoming.

With reconsideration of the ESO’s listing under the relevant legislation due in Australia next year, Germany’s decision will be noted. But what remains in Australia’s best interests is the key question – and there doesn’t appear to be any compelling reason to change the present stance.

Show Comments
Previous Article
Getting back to harvest: The way forward after China’s barley tariff
Next Article
In Afghanistan, one step forward, but peace still a far leap