The fear is that Trump appoints a judge to decide his electoral fate and then calls on the military to enforce it. 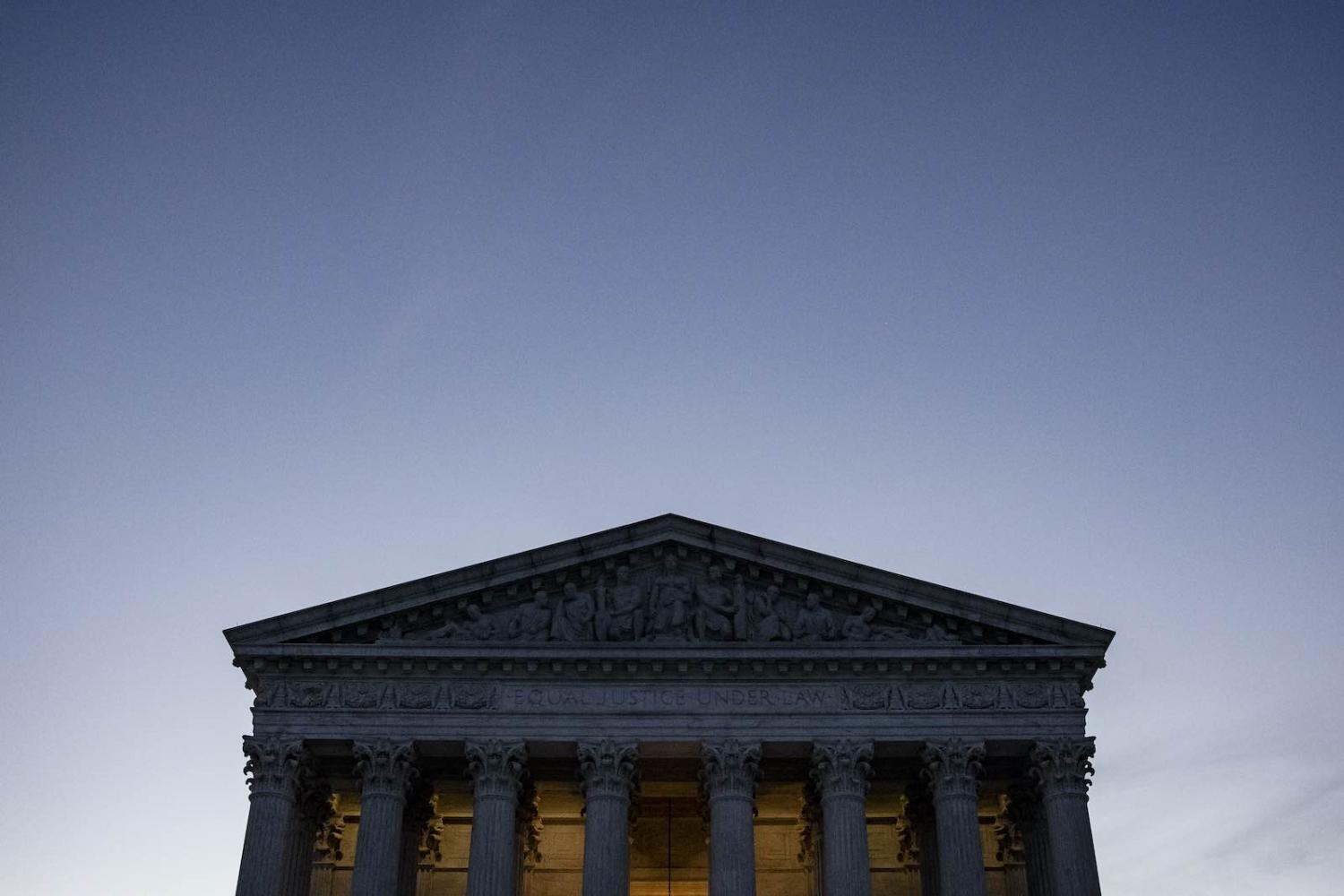 US Supreme Court Justice Ruth Bader Ginsburg died on Friday after a long battle with cancer. As the US and world mourns the loss of an icon, there are increasing concerns about what her death means for American politics.

The immediate worry is that this year’s US presidential election will involve greater reliance on postal voting than ever before. The prospect of a legal challenge to the ballot means the Supreme Court is likely to play a pivotal role in deciding the outcome of the election, much as occurred in the disputed count between George W. Bush and Al Gore in 2000. Such a court case could greatly increase the present social and political instability in the country, with significant national security implications.

The fear is a scenario not too hard to envisage. Some predict that Donald Trump may be ahead in the count on election night as his supporters are more likely to vote in person, while Joe Biden’s supporters are more likely to vote by mail given concerns about Covid-19. In order to ensure voting security, mail in ballots take longer to read and confirm than in-person votes. So while Trump may be ahead on election night, it is possible that Biden may eventually be the rightful winner, a point supported by many current polls.

If Trump appoints a new Supreme Court justice in the coming weeks ahead of the November ballot, a judge who subsequently helps decide an election in Trump’s favour, public protest and violence seems assured.

Yet Trump has for months now called into question the legitimacy of postal votes. He has repeatedly said that not only will he not necessarily believe the outcome of the election, but also that election fraud is widespread, and will be made worse by mail in voting – as he put it in a June tweet, “2020 will be the most INACCURATE & FRAUDULENT Election in history”. Recourse to legal action in the Supreme Court seems likely.

If Trump appoints a new Supreme Court justice in the coming weeks ahead of the November ballot, a judge who subsequently helps decide an election in Trump’s favour, public protest and violence seems assured. The domestic situation in the US is already a tinderbox. Add to this Trump’s stated desire to use the military and national guard to dominate protesters in June, it is hardly a stretch of the imagination that should he be selected as winner by the court in a disputed election the military could be ordered to quell domestic instability.

This prospect is concerning enough. But already there is a growing disconnect between the military and the civilian leadership under Trump. Former Defense secretary James Mattis wrote a public letter in June stating the military was obliged to reject Trump’s public musing about using security forces to dominate protestors. And while Mattis is no longer serving, a recent survey of active duty troops found “nearly half of respondents (49.9%) had an unfavourable view of the president [and] 42% said they ‘strongly’ disapprove of Trump’s time in office”. Trump certainly won’t have won much additional support with the military after recent allegations he derided fallen soldiers as “losers and suckers”.

And even without speculating about possible military intervention after the ballot, any Supreme Court nomination before America goes to the polls in November will be hugely divisive. Following Ginsburg’s death, Senate Republican leader Mitch McConnell quickly declared a willingness to put any nominee for the Supreme Court vacancy to a confirmation vote. This was in sharp contrast to his decision in 2016 to block Barack Obama’s nomination of Merrick Garland to replace Antonin Scalia who died in February that year on the basis that the Senate could not accept a nomination in an election year. This inconsistency will only exacerbate what has already historically proven a highly charged and partisan public event, as shown by the confirmation of Brett Kavanaugh to the Supreme Court in 2018.

So, bringing these strands together sees a scenario unfolding where Trump will seek to replace Ginsburg despite the Republicans previously opposing an election year Supreme Court nomination. Mail in voting is also likely to delay knowledge of the election outcome. And the President has already signalled a desire to use security forces while being increasingly at odds with the military.

All this is occurring in a context of an out of control pandemic, amid nation-wide protests and violence, and the most charged partisan context in modern history.

Covid tyranny? Could the fevered imaginings of the post-2016 Trump era end up colouring the US-Australia relationship?
Richard Maude 11 Mar 2020 14:00

The last men standing for the Democratic presidential nomination have a few things in common – and some big differences.
Stephen Grenville 23 Aug 2018 14:45