Donald Trump’s “reality” does not have to be real, it’s enough to persistently claim and act as though it is. 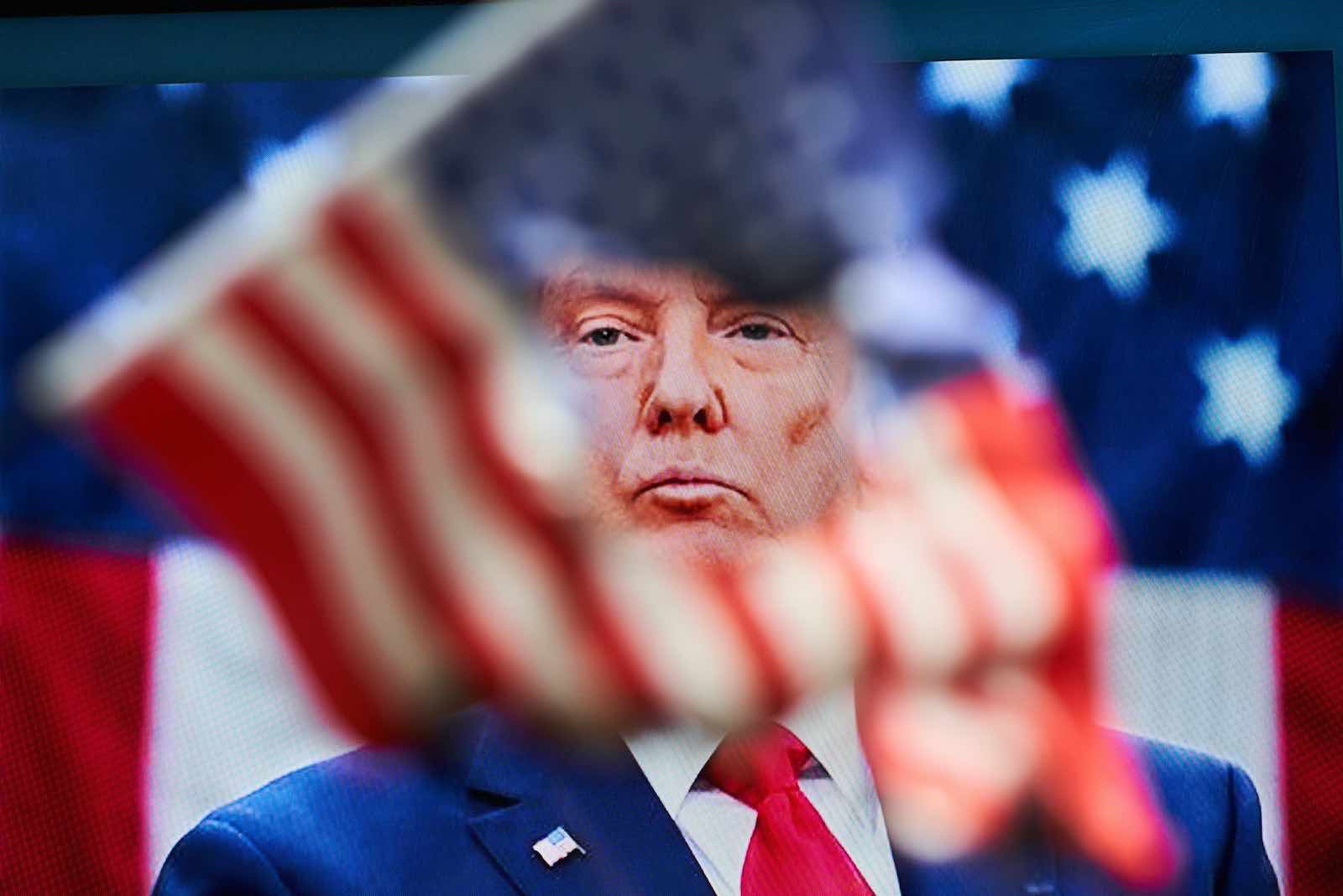 While the supporters of democracy around the world watched in disbelief at the Capitol Hill “insurrection”, movie fans of Christopher Nolan’s Batman films – particularly The Dark Knight and The Dark Knight Rises – would have recognised the underlying theme of chaos versus order.

In the films, the characters of the Joker and Bane both use chaos to instigate masses to “regain control of their city” (as Bane urges) until, of course, Batman comes to the rescue. Donald Trump was reported to be a fan of the film The Dark Knight Rises and previously used Bane’s dialogue in his inauguration speech. A 2020 Trump election campaign video featured music from the film, but he had to withdraw after Warner Bros. filed a lawsuit.

On 7 January, as he was dispatching his supporters to Capitol Hill chaos, he told supporters, “We are going to try – give our Republicans, the weak ones … to try and give them the kind of pride and boldness they need to take back our country.”

The underlying spirit of the speech is eerily similar to the speech Bane delivers after attacking a football game to announce the takeover of Gotham City, where the character declares, “We come here not as conquerors but as liberators – to return control of this city to the people.”

Or maybe Trump, reputed to routinely watch eight hours of television per day, instead channelled the Joker with the pledge to “introduce a little anarchy, upset the established order, and everything becomes chaos”. As the Joker fortold: “I’m an agent of chaos.”

This trend of large numbers of citizens not believing in the integrity of elections and democratic institutions may pave the way for Trump to feed more stories to try to return to power in 2024, whether himself or via a surrogate, with or without GOP.

These might have been superhero films of absurd imagining, but to me the dialogue neatly summarises Trump’s presidential legacy and the years prior that led him to rise to power.

Nolan’s films have previously been invoked in a bid to justify Bush-era policies following 9/11. Yet the allegory is far more compelling with Trump. Three noteworthy consequences have resulted from Trump’s tactics to initiate chaos and upend the norms of a democracy in a country that has been proud to project itself as the leader of the free world.

First, his persistent attack on facts as fakes means hundreds and thousands of Americans have a profound distrust of objective reality. What used to be undisputed is now dismissed as fake news by many of Trump’s supporters. The implication is grave, because it is just not the “mob” who attacked the Capitol. A November 2020 Reuters/Ipsos poll found that almost half of all Republicans believe that the election was stolen from Trump by widespread voter fraud.

Second, by popularising the trend of treating fake information as fact and factual information as fake, Trump undercut the authority of democratic institutions that traditionally remain uncontested in public life and justify the process of government. Whether this was blocking the mechanics of a presdiential transition after losing the election or undermining faith in the Centers for Disease Control amid the pandemic.

It’s not that Trump told lies all the time. But by persistently presenting a mix of half-truths, conspiracy theories and outright falsehoods as truth, Trump became the source for facts, at least to his most loyal supporters. To them, what Trump tells is true. Anything that contradicts him – such as science, research, experts, good journalism, courts, federal investigation – amounts to a fake, not a fact.

This socio-cultural trend is a deterministic outcome of Trump’s deliberate fostering of chaos and anarchy in the “established order”.

Third, Trump is an effective storyteller. His “reality” does not have to be real – it’s enough to persistently claim and act as though it is, such as he has done in convincing a vast number of Americans that Joe Biden’s victory was illegitimate.

The story of politics (whether backed by facts, science, religion, lies or conspiracy theories) is the most significant tool that shapes, reshapes, breaks and constructs human perception and trust in authority, leaders and institutions. Trump understood that – perhaps better than anyone else.

And just as in film, in politics a good story matters. For Trump it has to be a simple story. A story of a white, conservative, rich American hero who will save America from losing, because America doesn’t win anymore as a country.

His campaigns, tweets, speeches and video messages offered a persistent focus on how America is doing great (a good story) under his presidency (hero in the story) but how fake media (the villain) and leftists, socialists and the sometimes-communist Democratic party (more villains)  and “violent terrorist antifa” (the enemy) are there to conspire against him (a hero who is also a victim of conspiracy). It is only because of the support of his loyal voters, who love him and whom he loves back, that Trump keeps fighting in his “rightful fight” against the “establishment”.

Or like a character in a reality TV show, with hundreds of newspapers, websites, breaking news, TV news, chat shows, late night shows multiplying his narrative through analysis, anger, satire, shock and support, Trump made sure he and his story remained relevant every day.

To his loyal and sympathetic support base, he was “a hero” who kept “winning”, “making and keeping America great” by fighting the “swamp” of Washington. The “liberals” could not derail his “winning”. The Mueller investigation, the impeachment, the terrible failure of managing the coronavirus crisis – nothing in fact could deter his followers, who are now angry that their “hero” is lost through a “stolen election”.

The biggest challenge for the Biden administration will be to engage with this vast Trumpian support base and try to gain their trust – or at least anchor their opposition in some semblance of objective reality. Because otherwise an alleged “rigged election” will continue to spell bad news for democracy.

This trend of large numbers of citizens not believing in the integrity of elections and democratic institutions may pave the way for Trump to feed more stories to try to return to power in 2024, whether himself or via a surrogate, with or without GOP. The breakdown of authority for “corrupt institutions” would only fuel the notion of active resistance, the symptoms of which have already been found by police in the form of bombs and guns near the Capitol during the “insurrection”.

Expression of opposition to the government is essential to a functioning democracy. But it is a real-world struggle, not the stuff of make-believe.

Show Comments
Previous Article
What does the arrival of Covid vaccines mean for 2021?
Next Article
Why North Korea wants an arms control deal with the United States