ASEAN muddles through on Myanmar

An interesting regional precedent is set by the decision to stop the junta leader attending upcoming summit meetings. 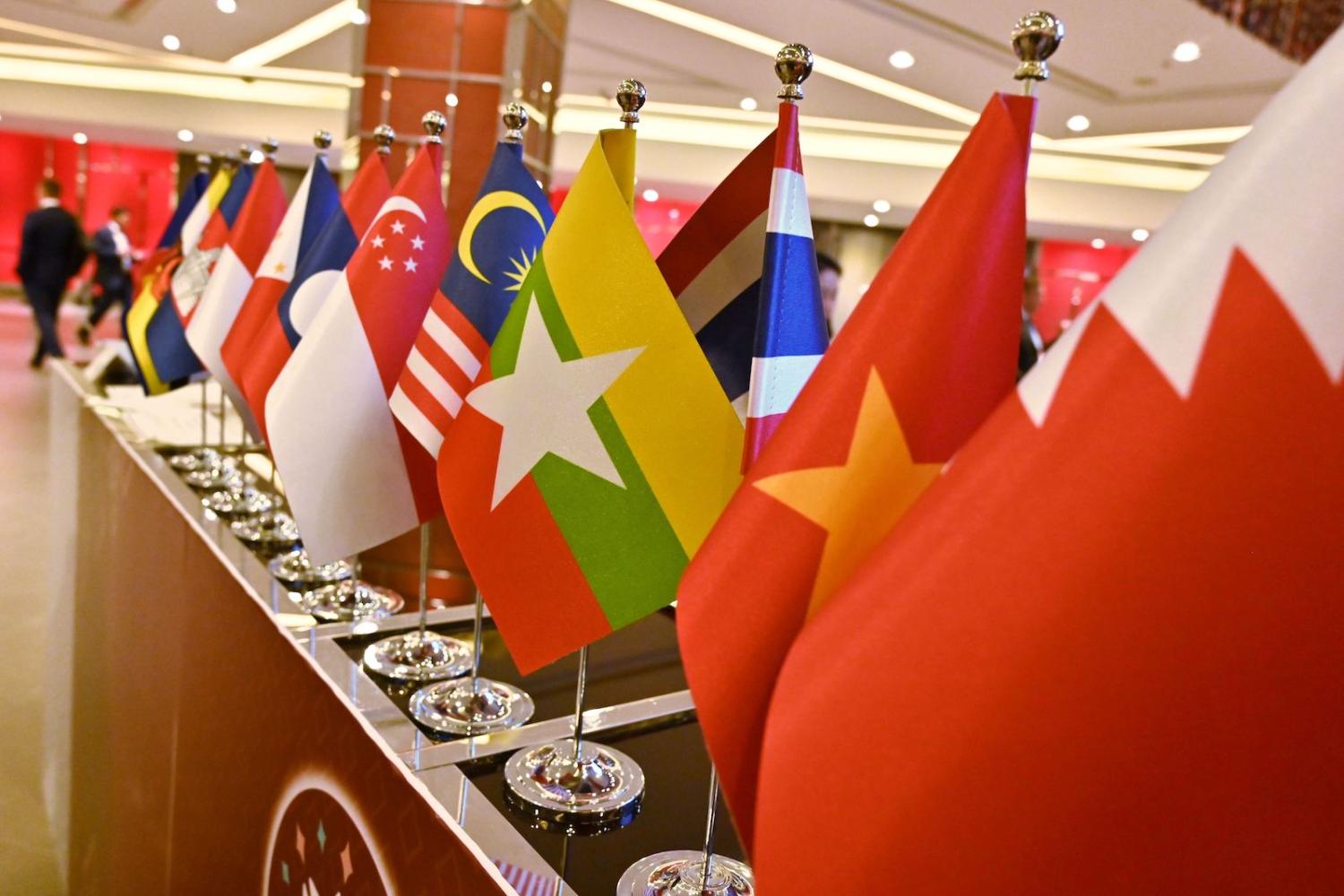 Diplomacy is messy. Officials, politicians and (dare I say) think-tank analysts relish the highfalutin talk of rules, treaties, norms, values and principles. But, more often than not, it all comes down to realpolitik and the art of possible.

A case in point is the unprecedented decision by the Association of Southeast Asian Nations to uninvite Min Aung Hlaing, the general who leads Myanmar’s junta, from its upcoming annual summits.

Denying the architect of February’s coup a seat at the table deals a deliberate blow to the junta’s legitimacy and is a symbolic win for democracy and the National Unity Government (NUG), which is comprised of members of Myanmar’s ousted elected government.

It also sets an interesting precedent, given the propensity of the military in Myanmar’s neighbour Thailand to launch coups, and the prevalence of authoritarian governments and thinking across Southeast Asia.

However, it is important to keep the move, which was framed as a “decision to invite a non-political representative from Myanmar”, in perspective.

Ultimately, the tensions in ASEAN’s handling of the Myanmar crisis reflect the divisions within the organisation and its particular nature.

ASEAN has not suspended Myanmar’s membership. Nor has it halted the wider participation of junta officials in its regular cycle of meetings. While the junta was criticising ASEAN for caving in the face of “foreign intervention”, it was also promoting the fact that its minister of investment and deputy minister of planning were involved in other ASEAN forums.

Although ASEAN has rightly opted to punish the Myanmar military for failing to adhere to the “five-point consensus” reached in an emergency leaders’ meeting in April, it is, in effect, still putting off a reckoning when it comes to Myanmar.

That is understandable. For the organisation remains divided, between countries and between competing imperatives.

Indonesia, Malaysia, the Philippines and Singapore, the most democratic ASEAN members, criticised the coup, called for the release of political prisoners and, eventually, pushed for Min Aung Hlaing to be blocked from the leaders’ summits. The other members, without a truly popularly elected leader between them, either delayed or opposed this approach.

While the countries split along these lines, they were also torn to varying degrees between the need for action to maintain ASEAN’s credibility in the face of the junta’s intransigence and the need to maintain the organisation’s founding principle of non-interference in members’ internal affairs.

Even Indonesia, Malaysia, the Philippines and Singapore were wary of challenging the non-interference precept. That they did, albeit in limited fashion, underlines how damaging they feel the Myanmar junta’s behaviour has been to ASEAN.

As Teodoro Locsin, the Philippine foreign secretary, told me last week, if ASEAN did not take a tough stand on Myanmar, it would be seen as “a bunch of guys who always agree with each other on the worthless things”.

Some analysts see ASEAN’s actions as little more than a face-saving gesture. I think that is a little too cynical. Just as the April meeting raised the bar of expectations for ASEAN, and laid the path to the ban on Min Aung Hlaing attending this month’s summits, so this decision will push ASEAN to maintain the pressure on the junta.

The ASEAN response was also a boon for the NUG, formally acknowledging the NUG’s competing claim to attend the summit, even if ASEAN did not accede to that request. This will embolden the NUG, which does not control the machinery of national government in Myanmar, as it seeks wider global recognition, including at the United Nations.

Viewed in sum, ASEAN’s response looks somewhat contradictory: delivering a rebuke to the junta’s leader and offering implicit succour to the NUG but without taking a substantive decision to suspend Myanmar or curtail broader cooperation.

Ultimately, the tensions in ASEAN’s handling of the Myanmar crisis reflect the divisions within the organisation and its particular nature.

Although ASEAN’s Charter sets out the organisation’s broad aims and functioning principles, it offers no clear guidelines for how to deal with a coup in a member state that foments not just domestic but regional instability.

As an inter-state rather than supranational body, with a deliberately constrained Secretariat and a preference for consensus-based decision making, ASEAN member states cannot rely on institutional guide-ropes at a time like this. Rather, they must make it up as they go along, which is so often the reality of crisis diplomacy.

Southeast Asia has its own interest in maintaining the free flow of trade in the region.
Andray Abrahamian 27 Oct 2017 14:23

Myanmar: The limits of sanctions

Sanctions would likely increase support for the Tatmadaw, gifting it the us-versus-them mentality it tried and failed to instill in the citizenry for years.
Rebecca Barber 29 Apr 2019 12:30

ASEAN will never be in the business of naming and shaming, but its past way of doing diplomacy is evolving.