Neighbours in Southeast Asia may not be “forced to choose” but rather “left behind”. 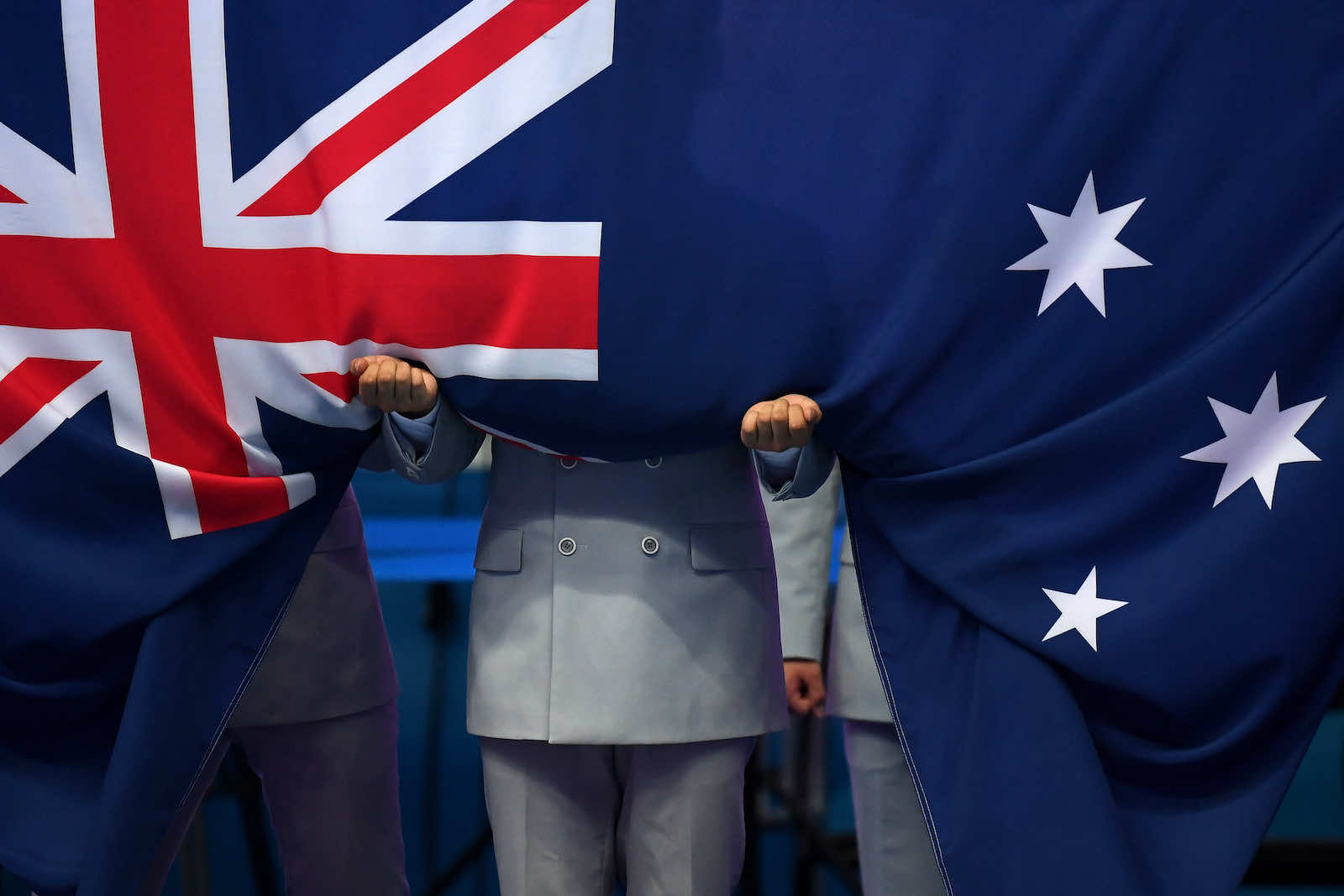 As far as any country can ever be said to have chosen a side for all time, Australia has done so (Quinn Rooney/Getty Images)
Published 15 Nov 2021 15:30   2 Comments       Follow @SusannahCPatton

Last week, Singapore’s Education Minister Chan Chun Sing addressed the Fullerton lecture series on US-China relations and his own country’s foreign policy. Chan, a leading member of the so-called “4G” or fourth-generation of Singaporean politicians, echoed some familiar refrains about the need for both Beijing and Washington to overcome domestic challenges and exercise global leadership.

Among his more interesting comments, though, was one of several prescriptions for what other countries beyond the United States and China should do to shape the global order: “Taking sides regardless of issues and context breeds irrelevance.”

By this measure, then, Australia must be totally irrelevant. After all, Beijing has frozen ministerial contact with Canberra for almost two years. And Australia hasn’t blinked – continuing to strengthen its bilateral defence alliance with the United States and augmenting it through arrangements such as AUKUS, providing Australia with United Kingdom and United States support to obtain nuclear submarines, and the “Quad”. Defence Minister Peter Dutton even went so far as to say that he could not conceive of circumstances where Australia would not militarily support the US in a conflict over Taiwan.

As far as any country can ever be said to have chosen a side for all time, Australia has done so.

The trend is clear – the emphasis under the Biden administration will be deeper partnerships with willing and capable allies.

Chan’s view of relevance is one that Australia’s former prime minister Paul Keating would surely share. In his National Press Club remarks last week, Keating said “Every leader in ASEAN knows we have no relationship with Beijing, so why would the Prime Minister of Malaysia or Singapore or Thailand talk to Australia about East Asia when we are non-speakies with the biggest power, the Chinese”.

This view is at odds with how Canberra defines its own relevance. In his June speech before the G7 meetings, Prime Minister Scott Morrison said Australia brought critical sovereign capabilities to its partnerships: “We add value to the combined effort, with our partners. This is why we are respected. This is why we are at the table.”

In other words, Australia’s relevance comes from its contribution to a broader allied effort – from the very fact that we have chosen the United States – and will back this up with action.

Despite Keating’s comments, this has been a bipartisan view: Labor’s 2009 Defence White Paper noted that Australia would need to be prepared to make “potentially substantial” contributions to Asia-Pacific military contingencies, including in the context of the alliance.

Both views of relevance implicitly refer to Washington. For Singapore, this is about the ability to have close ties with both superpowers, while simultaneously retaining some freedom of manoeuvre. For Canberra, it’s about securing its interests through proximity to a great and powerful ally.

Canberra’s strategy is far from perfect. No country in Asia would seek to emulate our relationship with China – even if the economic costs are in fact “surprisingly mild”.

But the approach of many Southeast Asian countries, defining their relevance by their ability to navigate between the superpowers, faces obsolescence. This is because as China challenges the existing regional order, Washington is increasingly responding by working with major allies and partners who are willing to join its balancing coalition. To use the language of Australia’s 2020 Defence Strategic Update, Washington’s approach is increasingly weighted to “deter” China, rather than to “shape” a more favourable region by competing for influence in small and medium sized countries.

This inclination is summed up by the energy and resources the administration has allocated to its alliance with Japan and to making the Quad leaders’ summits and AUKUS announcements happen. In contrast, while cabinet officials turned up at ASEAN meetings in 2021, there was little that was new or compelling about its participation.

Shaping and deterring are not either-or propositions and, of course, Washington should and will continue to do both in its response to China’s regional revisionism. But the trend is clear – the emphasis under the Biden administration will be deeper partnerships with willing and capable allies.

This means that the risk for Southeast Asian countries may not be that they are “forced to choose”, as they have long feared, but that they are “left behind” because they are irrelevant. The prototype for this would be Thailand: a country of great potential consequence whose own passivity has seen it passed over in successive administration visits to the region.

Australia, by contrast, sits in an inner circle of US allies and partners. Does this mean it should be confident of its continued relevance? If measured by its willingness to make ambitious alliance commitments to Washington, yes.

Australia’s broader relevance to its own region is harder to judge. In the government’s worldview, Australia and the Association of Southeast Asian Nations members have a “genuinely shared vision” for the Indo-Pacific. In this outlook, shared principles and practical cooperation insulate Australia’s regional relationships from broader strategic currents.

This is good rhetoric. But internally, the government should not believe it. It should ask itself what impact its position as a member of an increasingly hard-edged Washington-led balancing coalition will have on its regional relationships and traditional institution-building diplomacy. Thinking this through would help ensure Australia’s future relevance – as a shaper of regional order as well as a contributor to collective deterrence.