Plenty of problems could benefit from the US and Russia working together. But don’t confuse talk with approval. 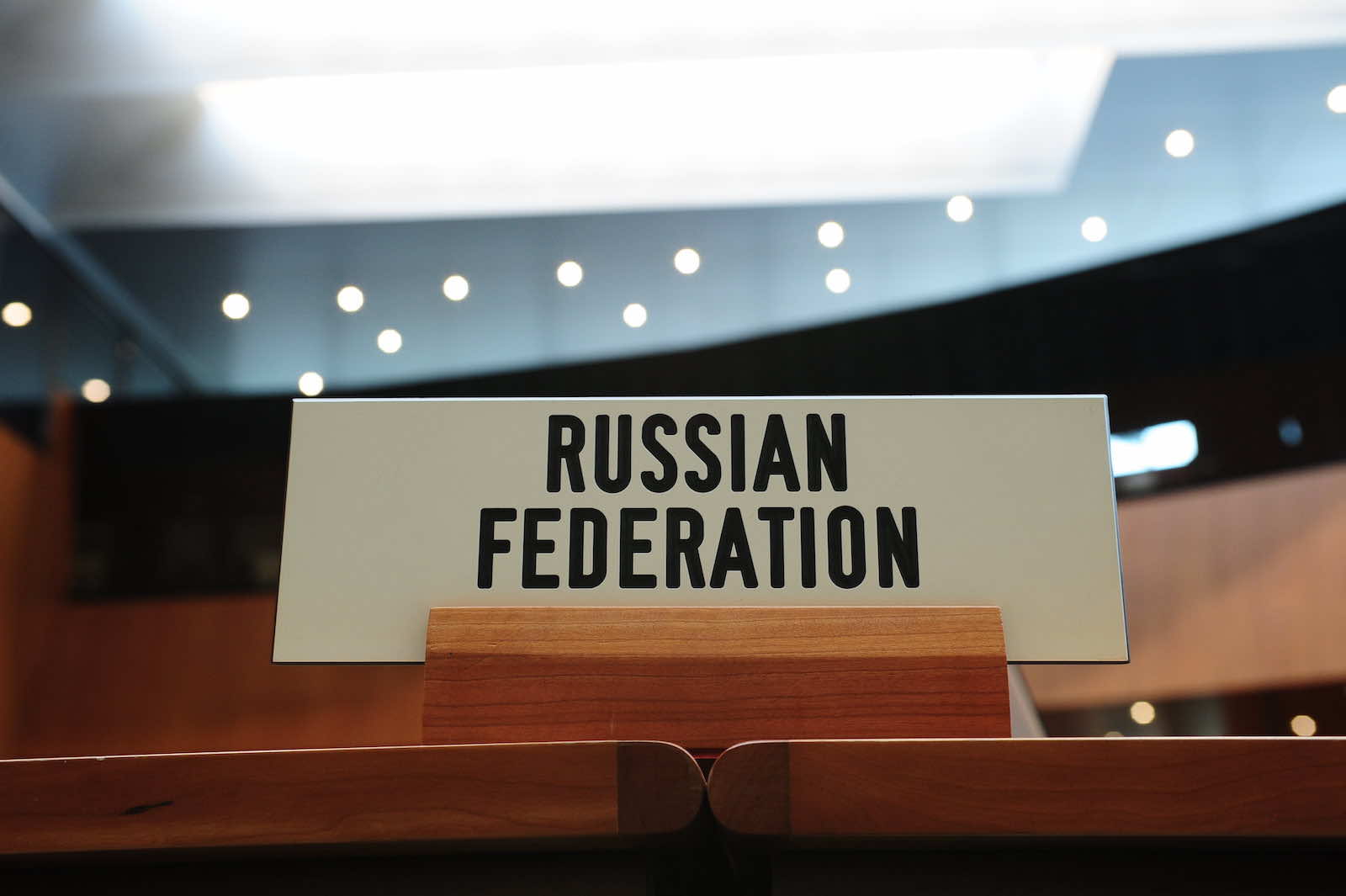 Neither the White House nor the Kremlin are anticipating any fundamental change in the relationship (WTO/Studio Casagrande)
Published 1 Jun 2021 10:00   0 Comments       Follow @IAHill

The United States and Russia are both carefully managing down expectations of any dramatic breakthroughs when US President Joe Biden meets his Russian counterpart Vladimir Putin in Geneva on 16 June – their first face-to-face contact since Biden took office.

This is understandable and sensible. Yet it in no way diminishes the value and importance of their gathering.

Announcing the summit, the White House said the aim was to “restore predictability and stability to the US–Russia relationship”. For its part, the Kremlin said the two leaders would “discuss the current status of and prospects for bilateral relations, strategic stability problems, as well as current issues on the international agenda, including cooperation in countering the coronavirus pandemic and settlement of regional conflicts”.

These limited objectives reflect the extent to which relations between the two powers have sharply deteriorated, arguably now the worst since the break-up of the Soviet Union 30 years ago.

Most recently, US concerns over Russian hacking and election interference prompted Washington’s imposition of further sanctions on Russia in April, and tit-for-tat diplomatic expulsions. Earlier, Moscow had recalled its ambassador from Washington following comments by Biden endorsing an assessment of Putin as a “killer”.

Washington has also been vocal in expressing concern over Russia’s jailing and mistreatment of leading opposition activist Alexey Navalny. And Russia’s recent sabre-rattling with Kiev, amid a massive build-up of forces concentrated along the border with Ukraine, raised tensions significantly.

Likely also to complicate summit discussions is the shocking action by the Lukashenko regime on 23 May in forcing down, on spurious grounds, a Ryanair flight in transit over Belarus in order to apprehend an opposition activist. Moscow has unsurprisingly leapt to Minsk’s defence.

Given this sobering backdrop, neither the White House nor the Kremlin is anticipating any fundamental change in their relationship as a realistic possibility from the Geneva meeting. There’s clearly no intention by Biden to seek a major “reset” in the relationship, such as was attempted in vain under the Obama administration.

Rather, the aims are more restrained. As Biden said in foreshadowing the summit following his phone call with Putin in April, the objective is to “normalise” relations, and place them on a more stable and predictable basis.

Greater normality will likely be welcomed in Moscow as much as in Washington. For all that Trump’s inconsistencies and fawning towards Putin were a windfall for Moscow, the Kremlin found it as perplexing and frustrating to deal with Washington over the last four years as did US allies and partners.

The Kremlin will likely portray domestically the upcoming summit as a “win” – even before it happens.

To achieve greater stability and predictability, buffers are needed to manage relations and limit fallout when future disagreements arise. These relationship guardrails include ensuring effective channels exist for high-level dialogue. This means the key players in Washington and Moscow know and can deal candidly with each other, thereby reducing the scope for misunderstandings and miscalculation.

And not only at presidential level. Importantly, the summit announcement was preceded on 19 May by a meeting between US Secretary of State Anthony Blinken and his Russian counterpart, Foreign Minister Sergey Lavrov, followed on 24 May by consultations on strategic stability between US National Security Adviser Jake Sullivan and the head of Russia’s National Security Council, Nikolai Patrushev.

More than this, though, it’s important for global security that both powers find ways to work together cooperatively in those areas where their interests intersect. This includes nuclear arms control (where the five-year extension of START 2 agreed between Moscow and Washington in February provides an encouraging pointer).

Among other areas that might benefit from closer US and Russian cooperation are reviving the nuclear deal with Iran, known as the Joint Comprehensive Plan of Action, as well as efforts to counter the Covid-19 pandemic, especially expanding global access to vaccines, and in effective global action to counter climate change. With the withdrawal of US forces from Afghanistan now underway, Washington and Moscow also share an interest in the country’s future stability (although their views may differ on how best this might be achieved). Finding ways to manage North Korea’s bellicose and unpredictable behaviour, and restraining its nuclear ambitions, is another challenge that would benefit from US–Russia cooperation.

The Kremlin will likely portray domestically the upcoming summit as a “win” – even before it happens. Symbolically, the summit matches Putin’s yearning for Russia to be treated internationally with respect as a great power. (Barack Obama’s 2014 characterisation of Russia as a “regional power” went down badly in status-conscious Moscow.)

In the US, Biden’s decision to proceed with the summit has drawn some criticism, including from elements in Congress, as purportedly rewarding Moscow for its bad behaviour.

Such criticism is misjudged.

Biden and his administration are no bear-huggers, and have taken a tough line with Russia over its negative actions in both the foreign-policy and domestic spheres, seen as contravening international norms and fundamental human rights.

But the administration correctly realises that strong and effective advocacy for principles and values requires pragmatic yet clear-headed engagement. Dialogue in itself doesn’t equate to approval.

The poor bilateral relationship, concerns in the West about Russian actions internationally and at home, and the wider unsettled international situation simply make it all the more important that the two leaders meet. The summit provides a useful opportunity to work through their differences, hopefully ratcheting down bilateral tensions, and to explore areas (however limited in scope) where they might work together constructively to mutual advantage, and enhancing wider global security.