Bougainville: A nation in waiting? 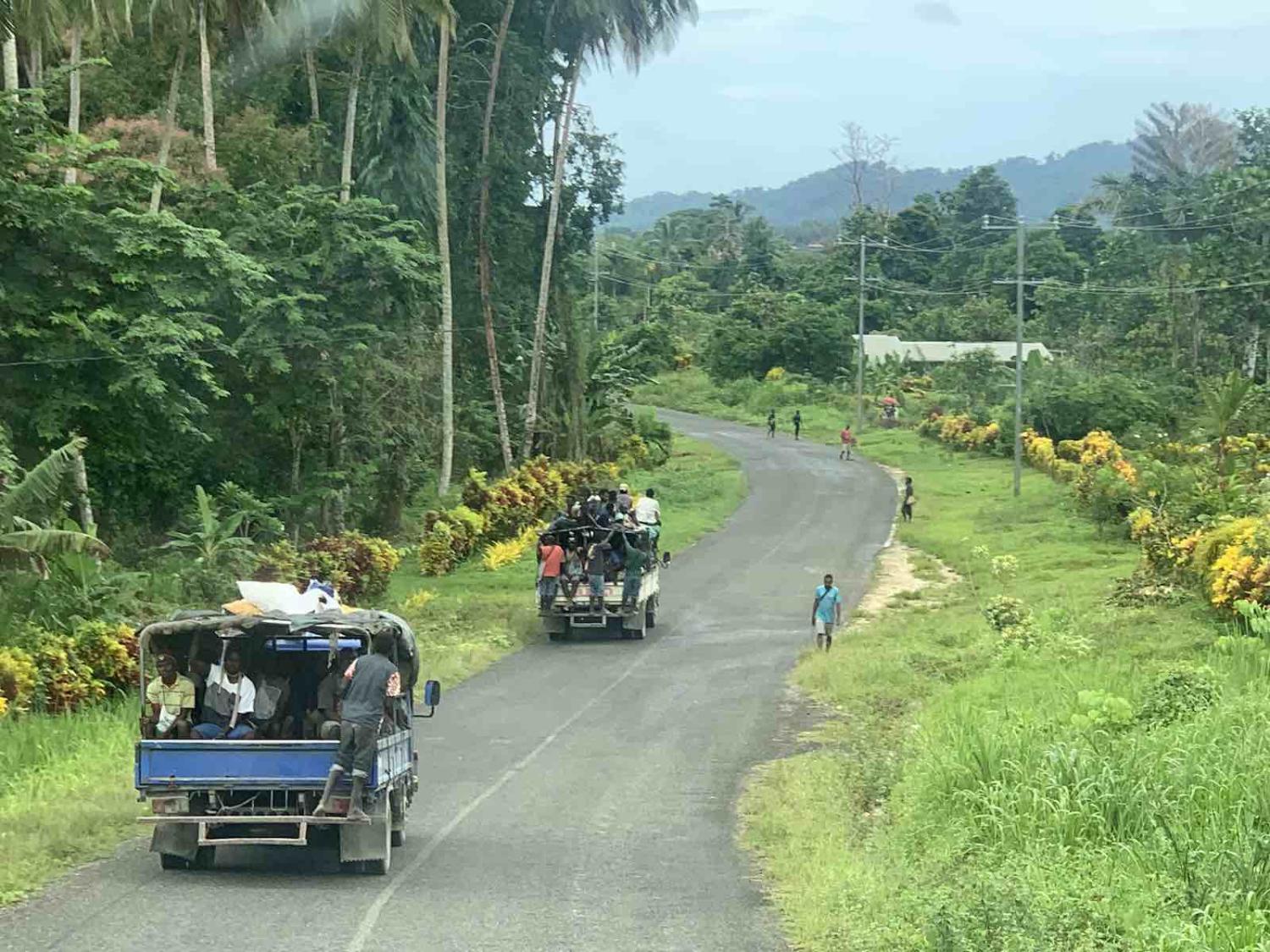 Long-awaited independence may be just around the bend (Photo: Ben Bohane)
Published 15 Jun 2022

On 23 November this year, Bougainvilleans will vote in a referendum to decide whether they wish to stay part of Papua New Guinea or become an independent nation.

It is perhaps the high point of a 20-year peace process that in turn followed a gruelling, 10-year battle for independence waged between the Bougainville Revolutionary Army and PNG Defence Force.

With rising geopolitical tensions in the region as China asserts its interests and courts Pacific territories, including Bougainville, Australia has less room to manoeuvre than it once did.

The referendum is not the final step ­– the vote must be ratified by the PNG parliament and is subject to a final agreement between PNG and the Autonomous Government Bougainville, set up under the peace process. However, Bougainvilleans have long held a sense of separate identity from the rest of PNG, and it appears this island group of 300,000 people is heading for nationhood, with a clear majority expected to vote in favour of independence.

This puts Australia in a tricky position, given its close relationship with PNG. With rising geopolitical tensions in the region as China asserts its interests and courts Pacific territories, including Bougainville, Australia has less room to manoeuvre than it once did.

Australia has a vested interest in seeing this long-running issue resolved peacefully. Bougainville was part of Australian-administered PNG from 1915 until PNG’s independence in 1975. Australia’s relations with the territory have a long and complicated history ranging across the colonial era, two world wars, the 1988–98 Bougainville conflict, and subsequent peacekeeping missions.

Since the Bougainville war, Canberra invested heavily in various peacekeeping operations, at considerable cost to the Australian taxpayer. The Bougainville peace process has been rightly lauded as a successful model, and Australia can be proud of its record, whatever the criticisms of its role in the war.

The November referendum is in keeping with a process laid out in the Bougainville Peace Agreement, signed by virtually all parties in 2001, as a roadmap for Bougainville’s future status. Canberra has since signalled that it will be guided by the terms of the peace agreement and any “negotiated outcome” under that arrangement. For Canberra, the status quo – that Bougainville remain part of PNG – is likely the preferred outcome, avoiding another small, aid-dependent nation emerging in the region.

If, however, the result is overwhelmingly in favour of independence, and if the negotiated outcome with the PNG government supports that result, then Australia has little choice but to accept it. Once the result is known, Australia may be better to anticipate it, meet the challenge head-on, and work with regional players to ensure as peaceful and successful a transition as possible.

Bougainville has significant natural resources. It has copper, gold, and silver reserves valued at more than $58 billion, rich fishing grounds, and a history of agricultural production, including large cocoa plantations. These resources – and good management of them – will be crucial if Bougainville is to become a viable independent nation. Its challenge now is to educate and mobilise a “lost generation” of younger people disenfranchised by the war, while forging a unified people and bringing integrity to its political system. It faces many challenges ahead, not least of which is finding consensus on mining issues.

However, the autonomous government is largely ready for the referendum, while the new government in PNG has suggested that it is more committed to the process than the previous government under Peter O’Neill.

Strong sentiments for independence on the ground, combined with the new geopolitics of the region, suggest there is little Bougainville’s neighbours, including Australia, can do to slow the momentum towards independence.

Australia’s challenge is to allow the peace process to unfold, signal its neutrality, and engage more with all parties to the process.

While Australia may have legitimate concerns about Bougainville’s prospects as a new nation in the region, these need to be balanced against the possibility of a crisis unfolding if a clear majority of Bougainvilleans vote yes, as expected, and their wishes are then stymied by events.

Leaders promote and protect their clients to secure a debt of personal loyalty, and the cost of betrayal is high.
Malcolm Jorgensen 18 Dec 2018 11:30

Rising Chinese power is carving out a “geolegal” order, with reference to China, rather than international law, the key.
Stephen Grenville 14 Mar 2017 08:49

A tightening of America’s purse-strings combined with scepticism about IMF programs would require a substantial rethink of the Fund’s operations.