Australia will back the US and join a maritime force in the Persian Gulf, but with no rush to deploy – which is telling. 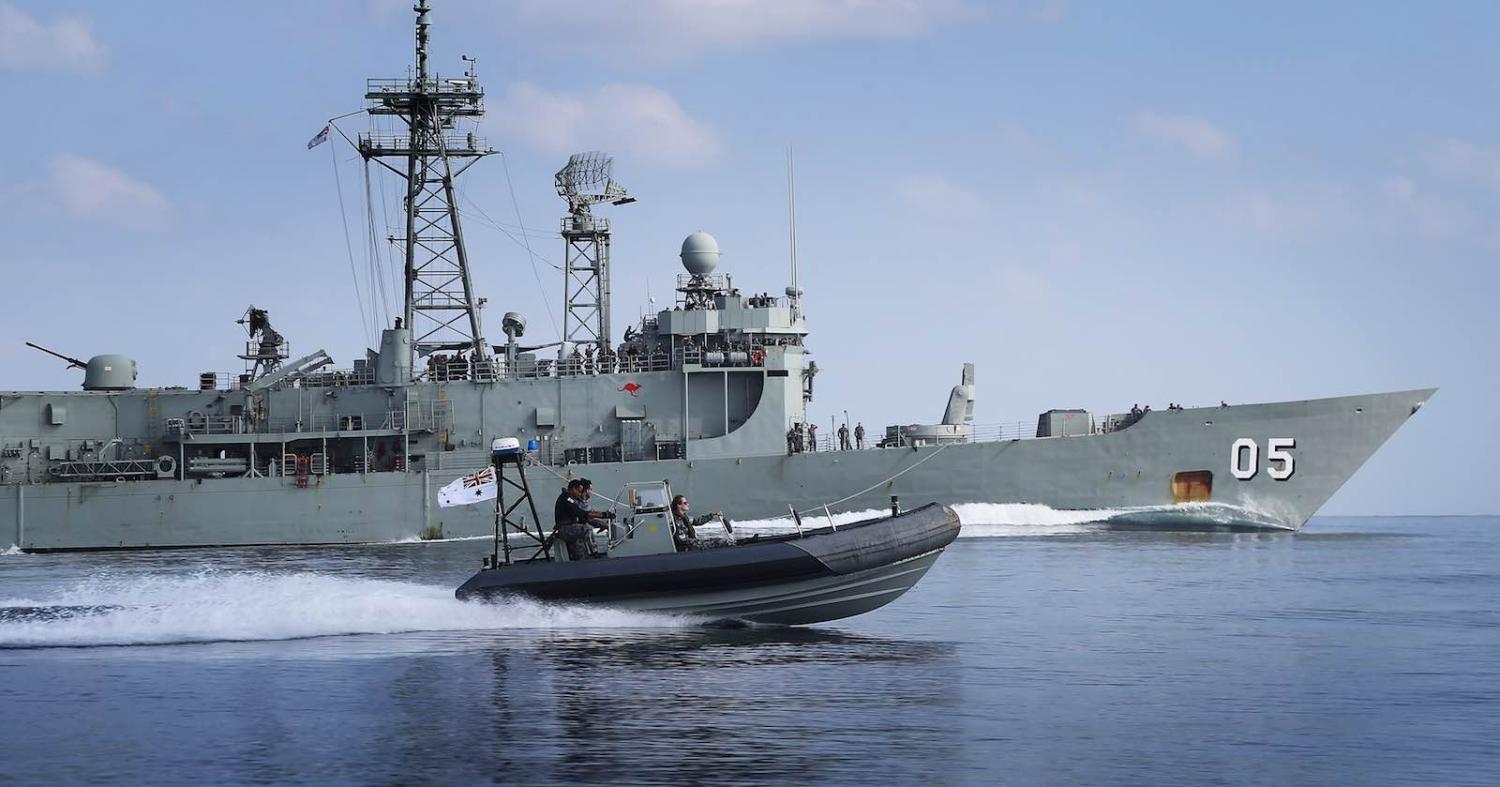 HMAS Melbourne during a deployment to the Persian Gulf in 2016 (Photo: Department of Defence)
Published 21 Aug 2019     Follow @RodgerShanahan

The Australian government’s announcement today that it will contribute assets to a maritime coalition force in the Persian Gulf comes as no surprise, given the very public way the US request was delivered in Sydney at the recent AUSMIN meeting. Washington doesn’t make those type of requests unless it knows or expects it will get a positive response.

This coalition is proving as hard to build as was the Iraq invasion coalition, if for somewhat different reasons.

Australia is going to stump up with a ship, an aircraft, and a few staff officers. Hardly earth-shattering stuff. But this coalition is proving as hard to build as was the Iraq invasion coalition, if for somewhat different reasons.

There is little confidence in the strategic decision-making process at the White House. The US campaign of “maximum pressure” on Iran that got us to this point is more a series of tactical decisions with a vague strategic intent, displaying little understanding of the second-order effects of its actions. The prospect of putting assets under a US command that has great capability but little coherent strategic direction does not excite many countries.

My initial thoughts in the wake of Australia’s decision follow:

Previous Article
After the attack: Supporting victims of terrorism in Indonesia
Next Article
Bougainville: A nation in waiting?

Global energy transition relies on a resource that Australia holds in abundance. But supply chains and policy are key.
Anne-Marie Balbi 2 Mar 2018 16:00

Policymakers and journalism have had the jump on academics studying extremism.
Peter Layton 29 Sep 2022 03:00

Being able to sink ships doesn’t end a war. Australia should consider ballistic nuclear missile subs as an alternative.