A bruising 24 hours in the Pacific

An eruption over the the next PIF Secretary General and a university bust-up reveal a region divided. 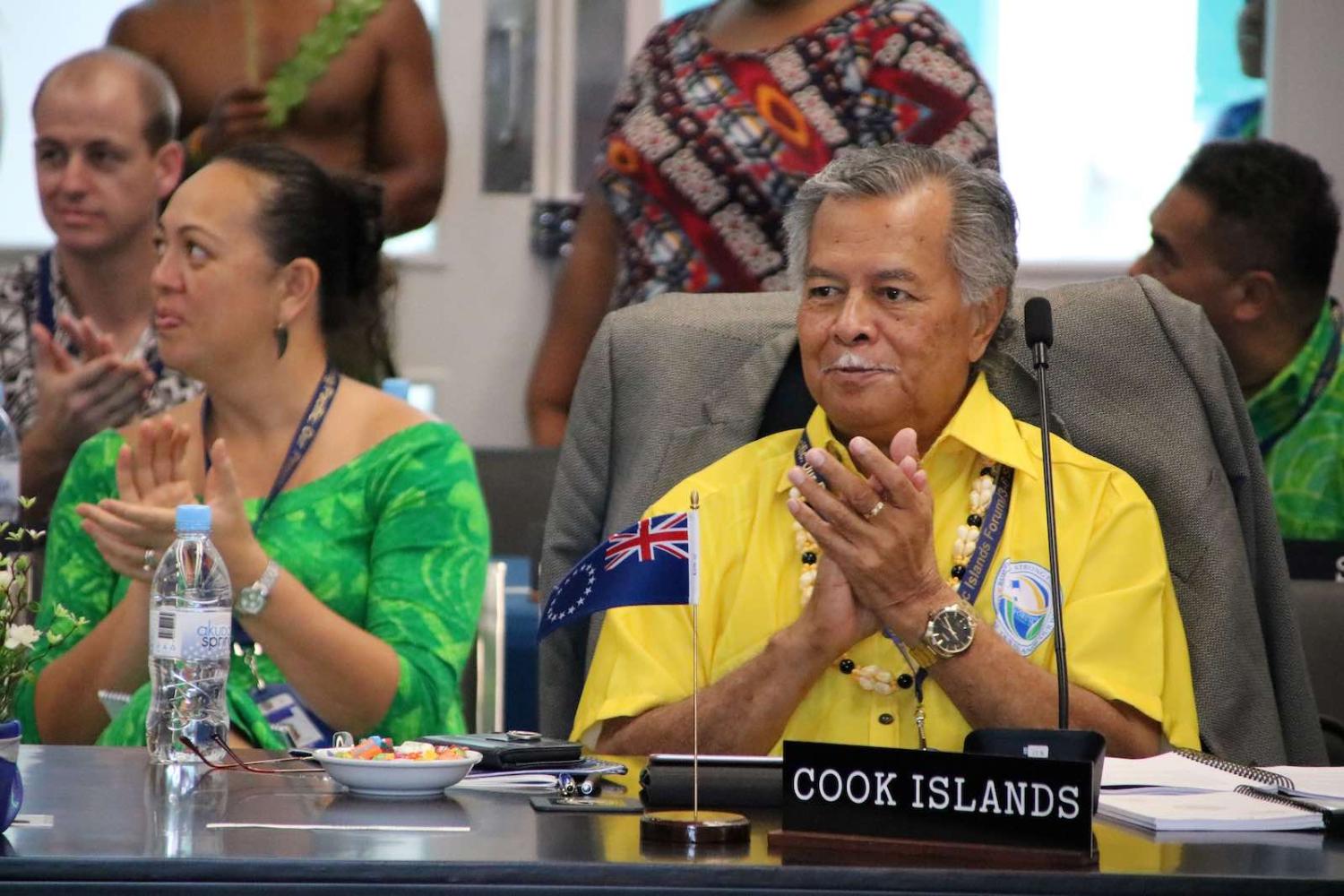 After a divisive marathon meeting into the early hours of Thursday, Pacific leaders have emerged with a new Secretary General of the Pacific Islands Forum. Cook Islands’ former prime minister Henry Puna was elected 9–8, with one abstention. A break from the consensus tradition of the Forum, the appointment leaves the region bitterly divided.

To make matters worse, the Fijian government appears to have used the distraction of the meeting to swoop in and deport University of South Pacific Vice Chancellor Pal Ahluwalia. The University, seen by many as a beacon of Pacific regionalism, had been embroiled in a long and very public dispute between the new VC and the old guard backed by the Fijian government. The move to deport the VC sends this dispute nuclear, with many of the same red-eyed leaders who just wrangled over the new Secretary General also members of the University’s governing council, and now facing the potential of an emergency special meeting to discuss this latest move.

The past 24 hours have been incredibly damaging for Pacific regionalism and unity, the repercussions of which will be felt for years to come. The very fabric of Pacific regionalism looks to be tested unlike any time in recent history. Some immediate questions are clear.

First, where does this leave the North Pacific? Adamant that it was a Micronesian’s turn to run the Forum, five members had coalesced around former minister and current US ambassador Gerald Zackios of the Marshall Islands as their candidate. Some Micronesian leaders had threatened to leave the Forum if Zackios were not chosen, and from reports of their moods this morning, they may look to follow through. Even if they don’t take that step, don’t expect them to be too involved in the Forum in the near future.

Whipps added, "Clearly there is no need really for Micronesian to be part of them ( PIF), they don't really consider us part of them."

Second, what happens next for the leadership struggle at the University of the South Pacific? Even if the governing council can convince the Fijian government to overturn the deportation of the VC, the damage has been done. It is highly unlikely he would return, or that any high-calibre international candidate would be interested in taking his place while the serious allegations of financial mismanagement at the University remain unresolved. The donors and Pacific nations which contribute towards financing the University may look to place the USP in some form of administration to sort it all out – likely in the face of protests from Fiji.

Third, where does this leave Fiji? Its government had already ruffled feathers by nominating a candidate for the Secretary General position (who did not make it to the final round of voting) so soon after fully re-engaging with the Forum. Now, by moving against USP’s Vice Chancellor at the same time as Prime Minister Frank Bainimarama was sitting in a Leaders Meeting, aggravated bilateral tensions will linger in every corner of the Pacific.

With the Covid-19 crisis and border closures forcing countries to look inwards more than ever, regionalism was already struggling, and the Forum was facing a slow-burning relevance crisis.

Fiji is looking to host the 2021 Forum Leaders Meeting in August, with Bainimarama going so far as to extend an invitation to US President Joe Biden. Fiji will have to roll out the charm campaign across the region in the next few months if they expect Pacific leaders to push for the meeting to go ahead at all.

Finally, where does this leave Pacific regionalism? Outsiders can be forgiven for thinking the Pacific is a unified bloc, thanks to their prominent advocacy on climate change. The past 24 hours, however, reveal just how divided the Pacific can be. While we don’t yet know which candidates each country voted for, there is a clear rift right down the middle of the Pacific.

With the Covid-19 crisis and border closures forcing countries to look inwards more than ever, regionalism was already struggling, and the Forum was facing a slow-burning relevance crisis. How regionalism can be revitalised in an era of deep division and no physical interactions is an incredible challenge.

Freshly elected Secretary General Puna has a massive job on his hands dealing with the fallout, to say nothing of the larger challenges the Forum was already facing.

What was said (and, just as importantly, not said) in Australia hints at early intelligence assessments of Covid-19.
Alexandre Dayant 8 Aug 2018 14:00

Mapping aid in the Pacific, questions about infrastructure and more links about the Pacific by The Interpreter team.
Taylor Dibbert 26 Nov 2019 14:30

The election of Gotabaya Rajapaksa augurs a return to the abuses and anti-democratic tendencies of his brother’s regime.