Western businesses ditching ethics for market access isn’t new, but the NBA’s cowering has finally made it a story. 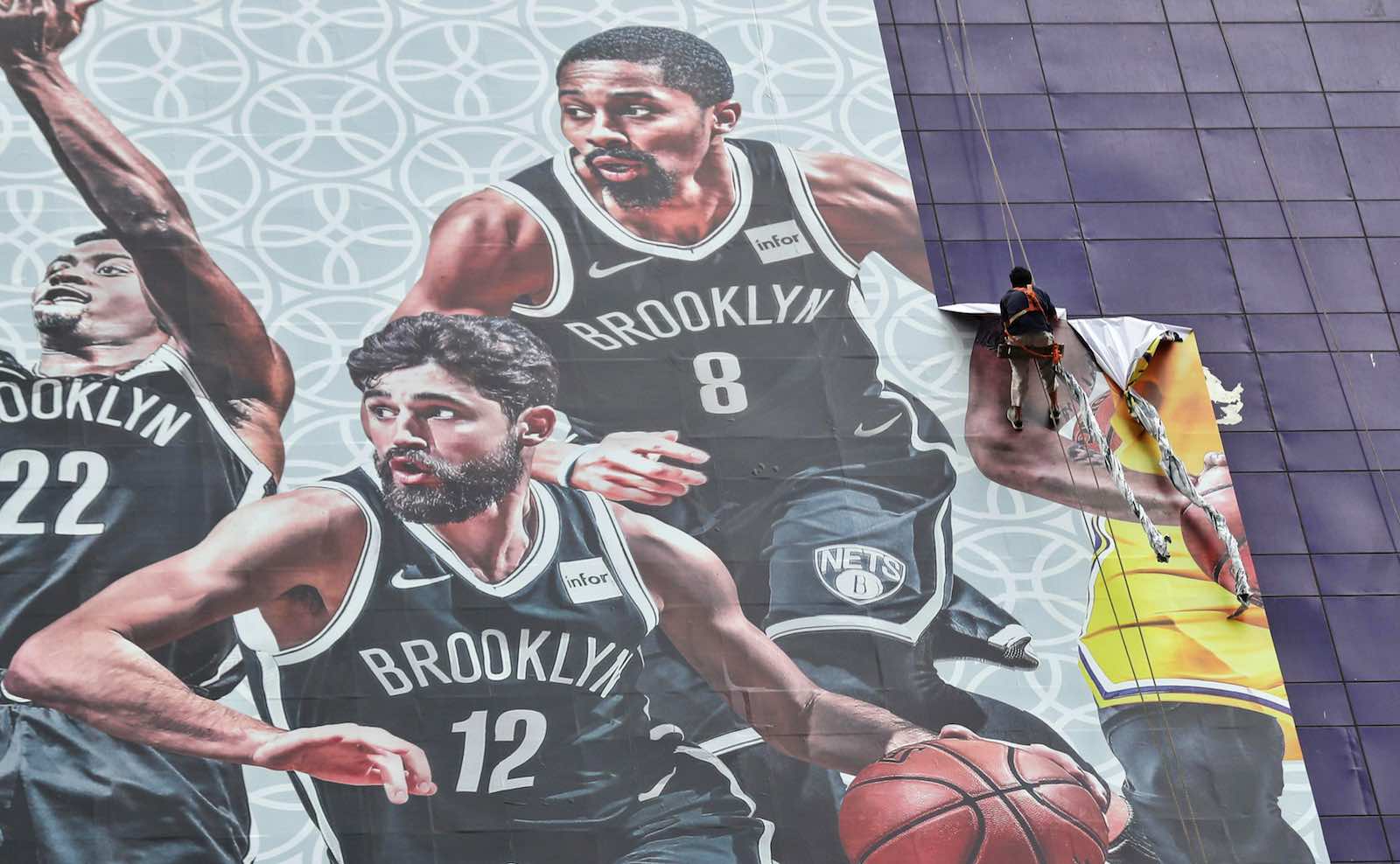 The US trade war against China launched by President Donald Trump has hitherto lacked a clear moral dimension. There are economic arguments – that China insists on tilting the playing field by blocking certain foreign companies, forced local partnerships for foreign firms, or intellectual property theft. There is also a strategic argument – that the trade war will slow Chinese growth, in turn slowing its rise to geopolitical peer equality with the United States. But lacking to date has been an ethical argument, a frame that casts China as a villain rather than simply a competitor.

China, to be sure, engages in internal behavior which might morally underpin an economic decoupling, if not a cold war. It is building a genuinely creepy, 1984-style surveillance state. Nothing unnerves me so much in Beijing now when I travel there as the ubiquitous security cameras. Far worse, of course, is the wholesale internment of Chinese Uighur Muslims in the country’s far west. The incarcerations look a good deal like Boer War–style concentration camps, and the scale is staggering. At least 2 million people are locked up, forced through, for lack of a better description, “de-islamisation”.

For China hawks, this is likely the moment they have been waiting for: an easy-to-understand event where China is clearly the villain opposed to basic liberal values, complemented by Americans ignoring those values to make money.

But these internal behaviors are just that – internal. Westerners are vaguely aware and concerned about them. For example, it is Western journalism, more than any other, which has brought the Uighur internment to global attention. But China’s domestic behavior will never frighten the West the same way Chinese imposition on Western lifestyles will. And here the recent flap over the American National Basketball Association buckling to Chinese pressure is important.

The story is well-known by now. Importantly, both Republicans and Democrats criticised the NBA’s craven backdown. The flap became very public very quickly, whereas other instances of Chinese pressure seem to have stayed under the radar. Hollywood’s kowtowing to China has not seen anything near the backlash seen over the NBA. Nor has the capitulation of Western tech firms and other companies.

Why the NBA’s groveling broke through is unclear. I would have thought that movies, given the enormous global audience, would have provoked public notice. Perhaps China’s extreme response to just a single NBA tweet – cancelling games and contracts, taking down advertising immediately – helped push the issue over the top.

Whatever the reason, the larger point is that the imposition of Chinese “standards” (read: censorship) on Western companies has finally entered the public debate. This will reinforce the hardening, bipartisan, anti-Chinese consensus in Washington.

It was not supposed to work this way. The original arguments in the 1990s for opening the world economy to China suggested that influence would run the other way. The American business community sought first that China be extended permanent “most favored nation” status and then be invited into the World Trade Organization. The rationale was mostly economic, of course. Western consumers would benefit from cheap Chinese imports; Western firms would flourish in a huge new market; low-cost Chinese labor would keep global inflation down (all true, by the way).

But there was also a moral dimension: opening China to the global economy would have liberalising knock-on political effects. The internet in the 1990s was understood to be a freedom-amplifying force governments could not control. Modernisation theory suggested that as a country’s people became wealthier, they would eventually agitate for political freedoms. Consumers would evolve into citizens, and “post-material” demands would be increasingly difficult for Beijing to deflect. No one at the time of China’s integration into the global economy thought the flow would go the other way – that Western firms would start importing Chinese censorship standards.

The Cold War never gave rise to this problem. The Soviet Union was a geopolitical competitor, like China is now. It was also an ideological competitor from the beginning. Throughout the era, there was “red scare” fear of Soviet penetration of the West.

China, by contrast, has been a weak ideological competitor – Chinese nationalism does not grip non-Chinese – but a strong economic partner. The USSR was never the latter. We never thought about Soviet firms exporting Marxism (probably because there never were any “Soviet firms”).

All this meant that Chinese economic-cum-ideological challenge to Western freedoms only recently gained much traction. No one really considered the issue much before, probably because our only experience with a long-term cold war involved nothing like this.

For China hawks, this is likely the moment they have been waiting for: an easy-to-understand event where China is clearly the villain opposed to basic liberal values, complemented by Americans ignoring those values to make money. It was an ugly, embarrassing incident, and even regular, low-information voters can quickly grasp that LeBron James should not have taken the side of a repressive government against youthful demonstrators in Hong Kong. Expect the NBA controversy to be referenced regularly in the China debate going forward.

Trump seems to have started the trade war with only a vague sense of what kind of outcome he wants. Trump has called himself a “Tariff Man” and genuinely seems to believe protection is good for the US economy. It is not, of course, which is why Trump has so little business-sector support for the tariffs. But there has long been a strategic logic to decoupling, too. If China is trying to displace the current open East Asian order with Chinese hegemony, halting trade with it is a good way to retard that goal.

Curiously, Trump has never made this argument, which would be the obvious way to deflect the economic harm his tariffs are doing, particularly to US agriculture. Perhaps Trump doesn’t understand the strategic argument, or perhaps he doesn’t care. His disdain for US allies is well known.

But now there is a moral or ethical dimension to the trade war. Perhaps the strategic argument does not move Americans – do we really care enough about some rocks in the South China Sea to break our relationship with China? But everyone can understand when well-known American brands cravenly bow before a dictatorship. That cuts to the core of US national identity and nationalism. We will hear a lot more about this in the China debate from now on, and Western governments may seek policy action to prevent it from recurring.

Show Comments
Previous Article
What 1989 unleashed, and what it didn’t
Next Article
Photo essay: Phnom Penh and China-backed building boom