Gwadar Port: New Dubai or pie in the sky?

For all its ambition, Pakistan’s flagship BRI project has all the makings of a flop. 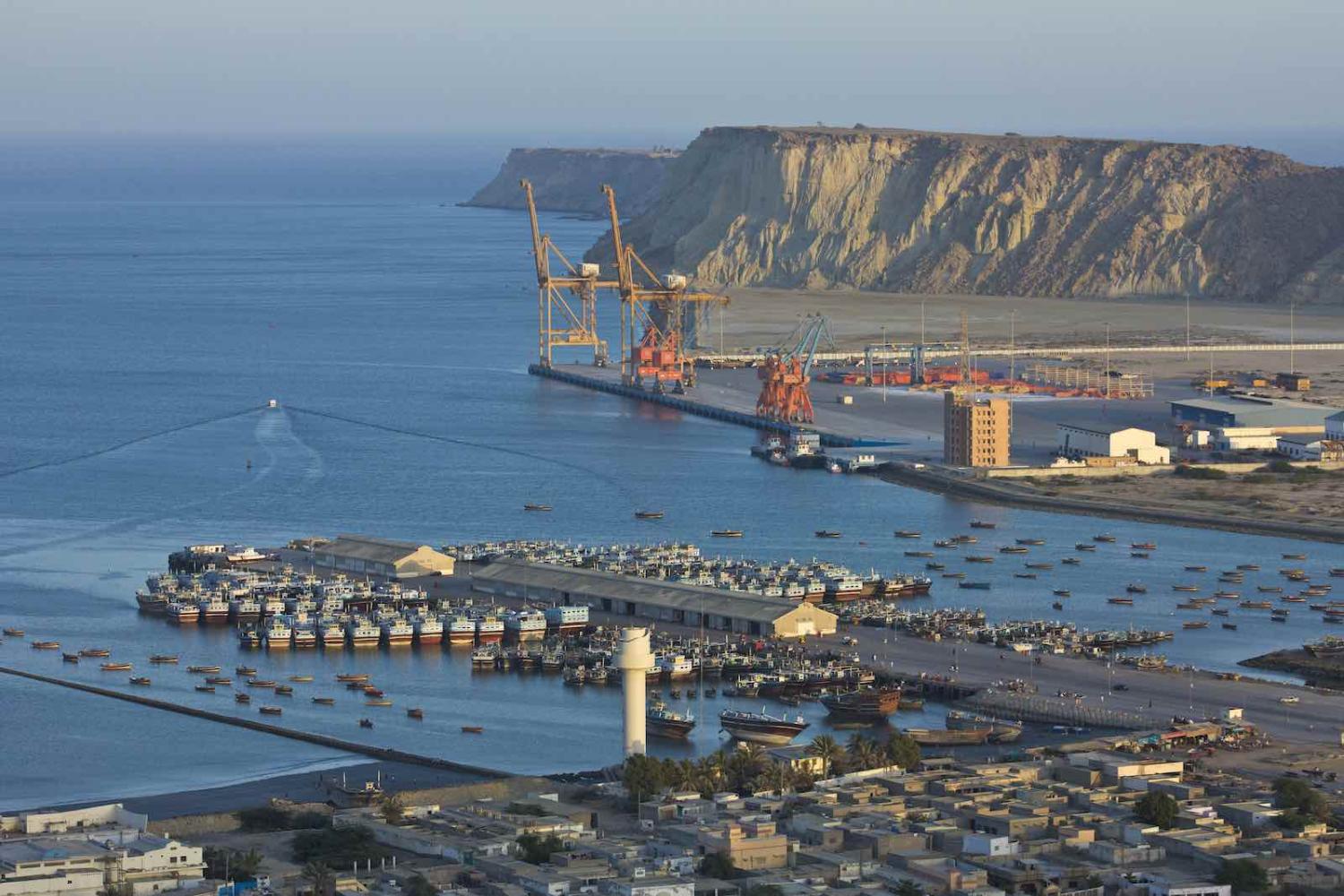 The small port town of Gwadar, in the south-west of Pakistan, is the centre stage of the $50 billion China-Pakistan Economic Corridor (CPEC) project, the Pakistan component of ther Belt and Road Initiative. Under CPEC, Gwadar is to be developed into a smart port city, and will be not only a major commercial port but also a developed urban centre in its own right.

In February, Shahzeb Khan Kakar, director-general of the Gwadar Development Authority (GDA), told an association of builders in Karachi that Gwadar’s new masterplan had been approved and the port city would become the Singapore of Pakistan. He called Gwadar, which has a current population of 85,000 people, “the safest city in Pakistan”, and encouraged builders to invest.

Under the GDA-approved masterplan of Gwadar, the city will be divided into 11 functional zones and a special economic district, and the population is projected to reach 2 million by 2050. Moreover, as per the masterplan, the GDP of Gwadar will increase to $30 billion by 2050 and produce 1.2 million jobs.

“Think Dubai but on a much larger scale and in a quicker time frame,” one report read. “The master plan details how Gwadar will become the economic hub of not only Pakistan but the entire South Asian region.”

As part of the media hubbub around the project, some outlets reported that a $10 billion artificial island would be built near Gwadar, per the masterplan, sparking great excitement among investors and the public. “Think Dubai but on a much larger scale and in a quicker time frame,” one report read. “The master plan details how Gwadar will become the economic hub of not only Pakistan but the entire South Asian region.”

However, GDA soon came forward to contradict the rumour about the Island and asked investors to focus on other things offered by the masterplan.

At a time when the project was facing a downturn, the approval of the Gwadar masterplan was very promising news for CPEC. Yet despite all the tempting prospects the plan offers to investors, there are three main reasons it’s not feasible.

Firstly, the crude fact is that Pakistan does not have the cash required to pay to implement this masterplan. Even according to conservative estimates, it would take more than $750 million to finance the basic infrastructure of Gwadar. Even before the onset of the Covid-19 crisis, Pakistan’s economy has been in doldrums, and it is relying on the International Monetary Fund to meet the deficit in its balance of payments. Pakistan recently reached another staff-level agreement with IMF which will result in disbursement of $450 million to Pakistan for budgetary support. Under these circumstances, it is inconceivable Pakistan will get the funds to develop its dream city in Gwadar. It’s important to note that CPEC itself does not have any funding provisions for implementation of the entire masterplan.

Secondly, Pakistan lacks the conditions which Dubai and Singapore had before they developed into major port cities. The rulers of Dubai had plenty of oil money at their disposal, which they used to develop basic infrastructure. Pakistan is in no such a position. Furthermore, Dubai and to some extent  Singapore had authoritarian governments which made possible such large-scale development. On the contrary, Pakistan has a polarising democracy and a wide range of power players with opposing interests. It is nearly impossible to implement a plan of such scale without conflicts.

As an example, the 300-megawatt power plant in Gwadar, part of CPEC, took the provincial government of Balochistan more than three years to approve construction on, even when Gwadar was facing severe power cuts.

Thirdly, the success of CPEC in general and the Gwadar plan in particular depends on the climate of Pakistan-China relations. Although strategic relations have improved in the last  decades, economic relations often have ups and downs. If Pakistan takes a decision against the interests of China, Beijing can easily pull the plug on CPEC. In that case, Gwadar wouldn’t even get its highways and new international airport promised under CPEC. Pakistan imposed a ban on the arrival of Chinese personnel in Gwadar from China due to the coronavirus outbreak, and if the situation unfolds in a way unfavourable to China, Pakistan has to be ready for a harsh response from Beijing.

In light of these factors, the Gwadar masterplan is tantamount to building castles in the sky. Policymakers in Islamabad are not so naive as to believe differently. That’s why the approval of the masterplan and all the media hype can be seen as a public relations exercise. This masterplan has reignited the interest of the investors in Gwadar, and also pumped life into CPEC, which had slowed down in 2019. So for the moment, the masterplan achieved its intended targets, and those making decisions in Pakistan will not be around in 2050 to explain why it could not be implemented.

A peace treaty with Russia is the holy grail of Japanese diplomacy.
Daniel Flitton 13 Jun 2022 05:00

What explains the fascinating and “strange persistence of monarchies”?
Khang Vu 3 Sep 2020 12:00