South Koreans don’t see how destructive and divisive Donald Trump is, nor is it their concern with North Korea so close. 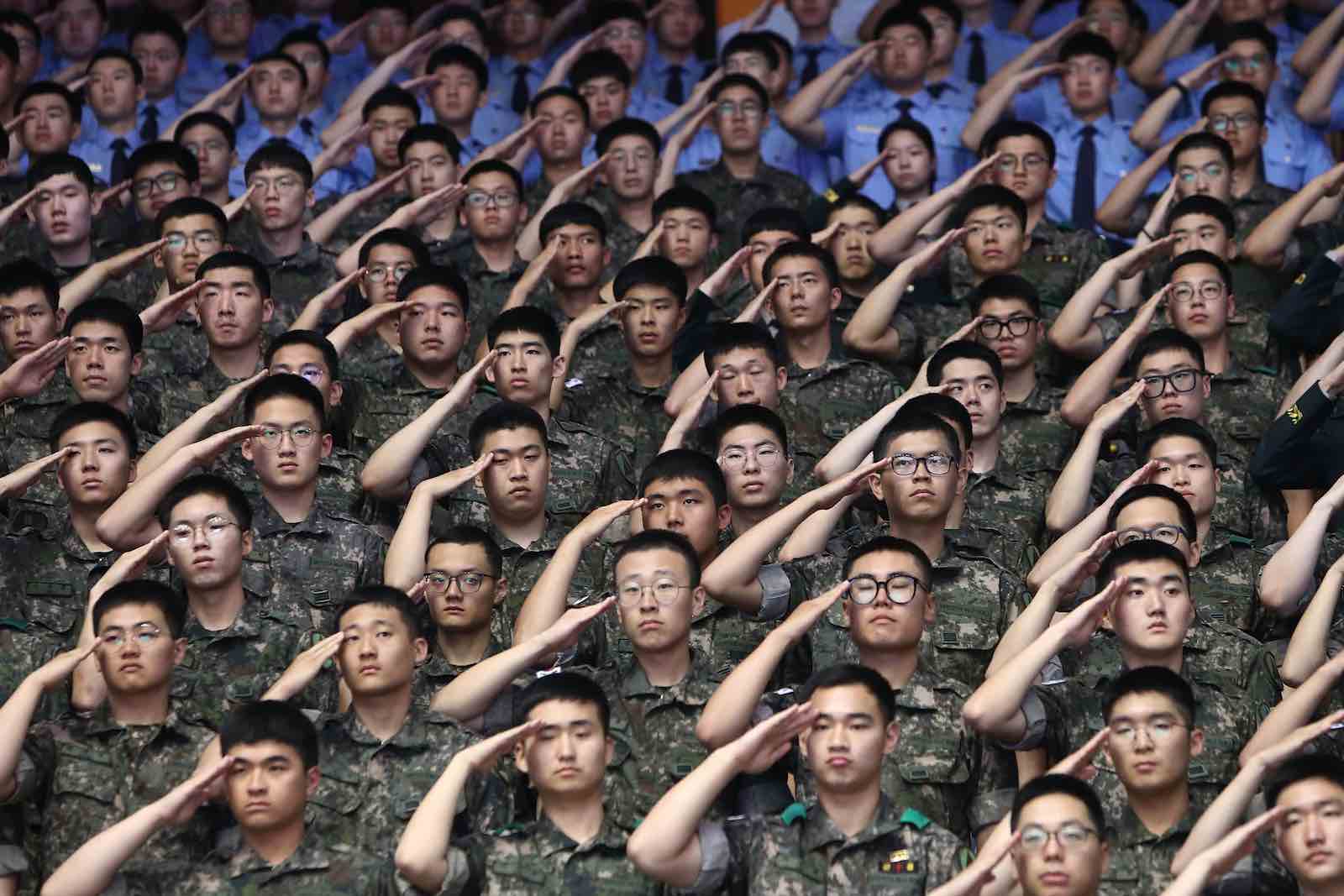 Reactions in the US and South Korea have differed sharply since US President Donald Trump met North Korean supreme leader Kim Jong-un last month in Singapore. (The president and Secretary of State Mike Pompeo call Kim “chairman”, because he governs as the chairman of the State Affairs Commission, not as president, which office is held eternally by regime founder Kim Il Sung.)

Given the tight alliance between the two partners, this disjuncture will eventually need to be resolved – if alliance maintenance is still a South Korean goal.

Perhaps the most marked reaction to Singapore was the almost uniform scepticism, if not hostility, of the US national security community. It was widely noted that Trump brought home nothing substantial from Singapore. The Sentosa Declaration simply repeated milquetoast denuclearisation formulae the North Koreans have agreed to in the past.

That Trump relentlessly hyped the summit worsened the backlash. In the months leading up to Singapore, Trump and his allies spoke of a revolution in US relations with North Korea, a peace treaty, CVID (complete, verifiable, irreversible disarmament), and even a Nobel Peace Prize. None of this materialised, yet Trump took victory laps on Twitter and Trumpist media claiming Americans could “sleep well” and that he had “great chemistry” with Kim.

That Trump relentlessly hyped the summit worsened the backlash.

In the end, with so little concrete to show for a summit so wildly overhyped, the mainstream media mocked Trump for a “photo-op summit”, while Fox News, the president’s reliable media outlet, was pushed into the bizarre position of defending North Korea against neoconservative critics in order to support the president.

That the North Koreans seem to be backsliding now on what little they did agree to, will only worsen the broad-based US scepticism of the détente with the North.

South Koreans were more circumspect. The three largest papers – Chosun Ilbo, Dong-A Ilbo, and JoongAng Ilbo– all published critical editorials after Singapore. But they lacked the acid bite of western response. The notion that Trump got played, or rolled, by Kim is not nearly as widespread in South Korea. Indeed, I am hard-pressed to think of any South Korean media intervention since Singapore along those lines.

Instead, the government, which now enjoys an 80% approval rating, was broadly supportive of the summit. South Korean President Moon Jae-in was quick to say he would try to implement the Sentosa Declaration, and the administration is careful to routinely invoke it even though there are no action items in it.

At the annual Jeju Peace Forum last week, Singapore was generally spoken of as just another step in this year’s détente: not good, not bad, just something necessary given the role the US plays in South Korean foreign policy. The real focus at the Forum, and broadly on the now-dominant South Korean left, is outreach to North Korea – cultural, economic, and diplomatic.

Where western analysts have judged Singapore a huge missed opportunity to extract North Korean concessions for a much-wanted presidential level summit, the South Korean left has placed it in a larger context of a “bringing North Korea in from the cold” process that may take years.

There seem to me to be three reasons for this drift in US and South Korean elite opinion over détente with North Korea.

First, the US media is obsessed with Trump. Trump has become the single biggest issue in American life. Much of the mainstream media, which he routinely damns as fake news, is happy to point out Trump’s many failures, exaggerations, lies, hyperbole, and so on. To the “resistance”, “never Trumpers”, and Western elites generally, Trump’s failure to achieve much at Singapore, coupled with his preposterous over-hyping of it, fits with a larger pattern of Trumpian flim-flam and snow-jobs, such as passing a hugely regressive tax cut while claiming to be a populist.

That Trump has emerged as genuine threat to the Western order means he must be called out relentlessly for failures such as Singapore. He gets no passes.

Second, South Koreans do not see just how destructive, divisive, and potentially authoritarian Trump is, nor is it their concern. In South Korea, American participation in the détente is necessary given the alliance. Seoul must work with what Washington gives it, and that means, today, Trump.

Where Western critics are extremely wary of giving Trump any unearned credit given the growing threat to democracy he poses, South Koreans just do not see or care that much about that. Those are issues for the Americans and West to figure out in the medium-term. South Korea has a far more pressing short-term problem – the Orwellian tyranny on its doorstep – and Trump’s participation was a necessary part of moving the outreach process along.

Third, the South Korean left is comfortable using Trump as useful idiot. This is controversial, but increasingly left-wing Korean intellectuals and outlets are cheering, however awkwardly, for Trump’s foreign policy. I have no doubt that these figures know that Trump is a corrupt, semi-authoritarian racist, but the South Korean left has never been that keen on the US presence in Korea anyway.

The Trump debate is America’s problem; once détente is wrapped up, the Americans will leave Korea anyway, so who cares about Trump? Use him to get what you need – a presidential summit with the North to jump-start détente. It was not lost on anyone that the current liberal government was happy to run military exercises against a wholly illusory Japanese threat to the Liancourt Rocks, while assenting to the cessation of Ulchi Freedom Guardian in August.

The South Korean left is very nationalist, and racist at the fringes. It is deeply divided over whether the Japan, North Korea, or the US poses the greatest threat to the peninsula.

Is this divide sustainable?

If the South Koreans wish to keep the US alliance, then perceptions of this year’s détente will need to align at some point. The disjuncture between Seoul forging ahead alone on a wide front of engagement, while the Americans focus on Trump’s increasingly obvious inability to get nuclear and missile CVID, will force a reckoning – but only if alliance unity is still a goal.

The South Korean left may not in fact care for that though, especially if the alliance is seen as a block to normalisation with North Korea. And that, at last, would herald the much-worried-about decoupling.