In Dhaka, Payne will look to renew engagement with Bangladesh

The Australian Foreign Minister has a lengthy agenda to cover, from refugees to trade to terrorism. 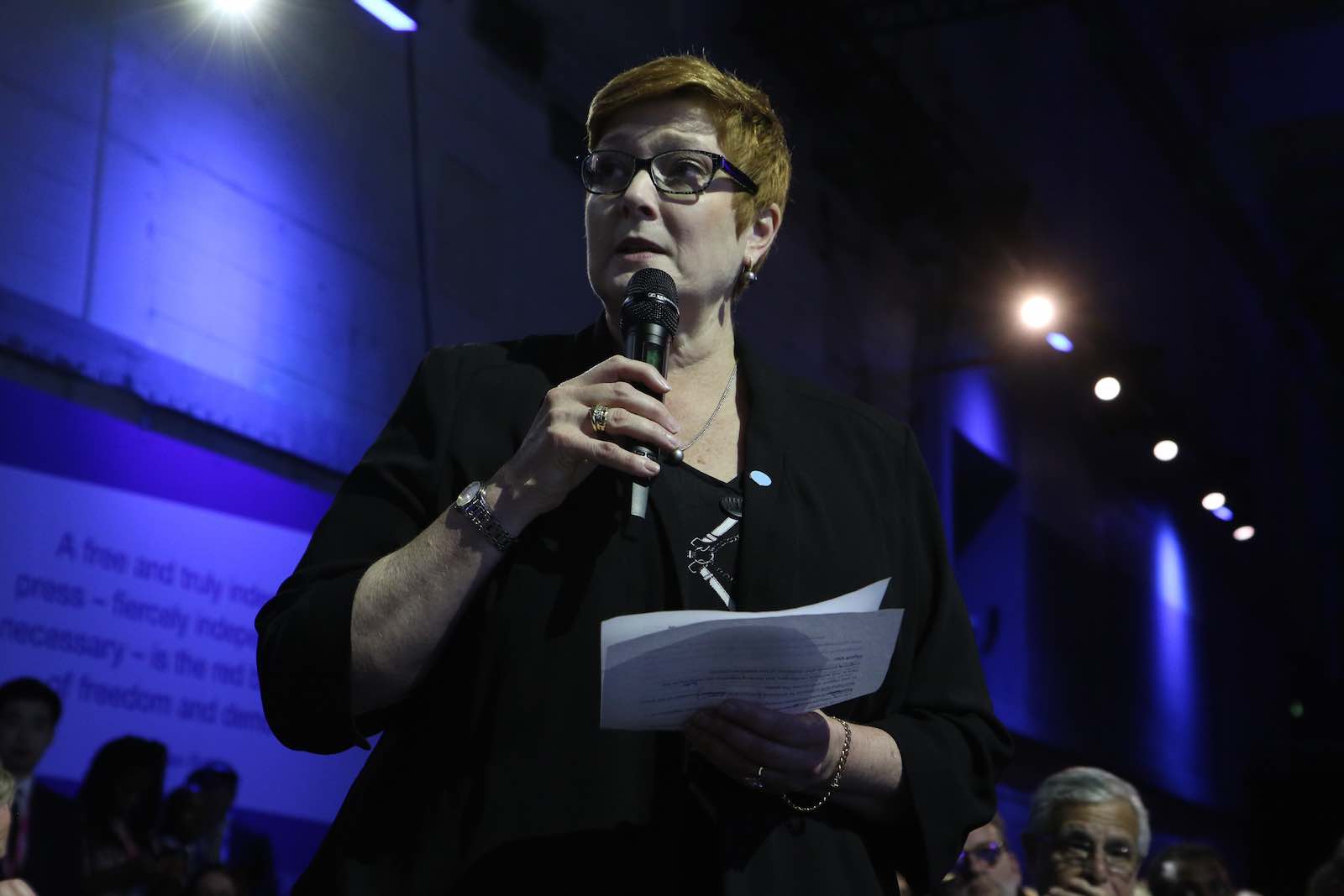 Marise Payne is visiting Dhaka, the first trip to Bangladesh by an Australian Foreign Minister this century. The last was in 1998, while the last Australian cabinet minister to visit the country was immigration minister Amanda Vanstone in 2006.

Payne’s visit can be observed from a couple of perspectives. In the first place, it is a mark of Bangladesh’s revival of interest in forging closer relations with the Asia-Pacific region, given some of the more serious difficulties the country has lately confronted. In the second, Canberra appears to be keen to play a role that can put bilateral relations between the two countries on a firmer footing. In that sense, Payne’s visit promises to be of mutual benefit, with both Canberra and Dhaka reviewing the already close ties they enjoy and exploring avenues for deeper links.

It is obvious that, with the Australian minister in town, Bangladesh will go for a new, wider approach in its diplomacy surrounding the Rohingya issue, given its frustration with efforts to solicit support from China, India, and Russia.

The amount of time between visits is a hint of the distance that may have grown between Dhaka and Canberra, at least where ministerial-level interaction is concerned. Payne’s trip comes as Bangladesh groans under the increasing pressure generated by the presence of nearly a million Rohingya refugees from Myanmar. Although the official focus of the visit has to do with the ministerial meeting of the Indian Ocean Rim Association (IORA), the larger picture is the refugee challenge.

On her schedule is a visit to the south-eastern region of Bangladesh, where the Rohingya have been provided with shelter by the Bangladesh authorities and where Canberra has been active in providing assistance. It is obvious that, with the Australian minister in town, Bangladesh will go for a new, wider approach in its diplomacy surrounding the Rohingya issue, given its frustration with efforts to solicit support from China, India, and Russia, who all have close political, strategic, and economic ties with Myanmar. Dhaka would like nothing more than to enlist Canberra’s diplomatic support in a new push to settle the Rohingya issue.

In addition, Payne’s visit promises to buttress links between the two countries in light of the presence of up to 30,000 Bangladeshis who have made Australia their home in recent years. Indeed, a preference for higher studies in Australia on the part of young Bangladeshis – together with a growing tendency of families finding new job opportunities and therefore easier chances of immigration in Australia – points to increasing linkages. The economic relationship is also advancing, with Australia exporting to Bangladesh goods that can only complement the resources Dhaka imports from elsewhere around the globe. For Bangladesh, an imbalance in trade with Australia remains a worry, one that will not likely be soon overcome. For this reason, it will likely try to impress upon the visiting minister the need for more investment by Australian entrepreneurs in the country.

The Payne visit will also certainly focus on two areas in which Australia will expect Bangladesh to take additional action. In recent times, the zero tolerance with which Dhaka has gone after Islamist militancy has helped its reputation in the international community. Canberra has noted the firmness of the Dhaka government in keeping up pressure on terrorists, but the recent bomb attack on a minister’s vehicle that left his security personnel injured will more likely than not be raised by the Australian foreign minister in her talks with Bangladesh government leaders.

At the same time, the minister will undoubtedly be looking for assurances from her hosts about the state of democratic accountability in the country. It is not hard to guess that Payne will stress the need to ensure the growth of a participatory democracy that involves the ruling party and the opposition. She will also be asking questions about the rule of law and how the government aims to reassure citizens that the security of their lives and property are protected by the police and other security forces.

Given Payne also holds the portfolio of women’s issues, she would be well-placed to offer an analysis of conditions for women in Bangladesh. Women’s empowerment in Bangladesh has been remarkable for its steady expansion over the last decade and more, with local officials happy to boast of its success. Even so, Payne could be tempted to raise the issue of the many incidents of rape that have spotlighted the need for more and drastic action by Bangladesh against the perpetrators of such crimes.

Australia was the fourth country, and the first among the developed world, to accord diplomatic recognition to Bangladesh when it emerged as a sovereign nation 48 years ago. Bangladesh’s government leaders, in their interaction with Payne, will draw on that legacy to build new bridges to a future of meaningful engagement with Australia.