Australia has stepped up a trade diversification push despite the first moves towards reconciliation with China. 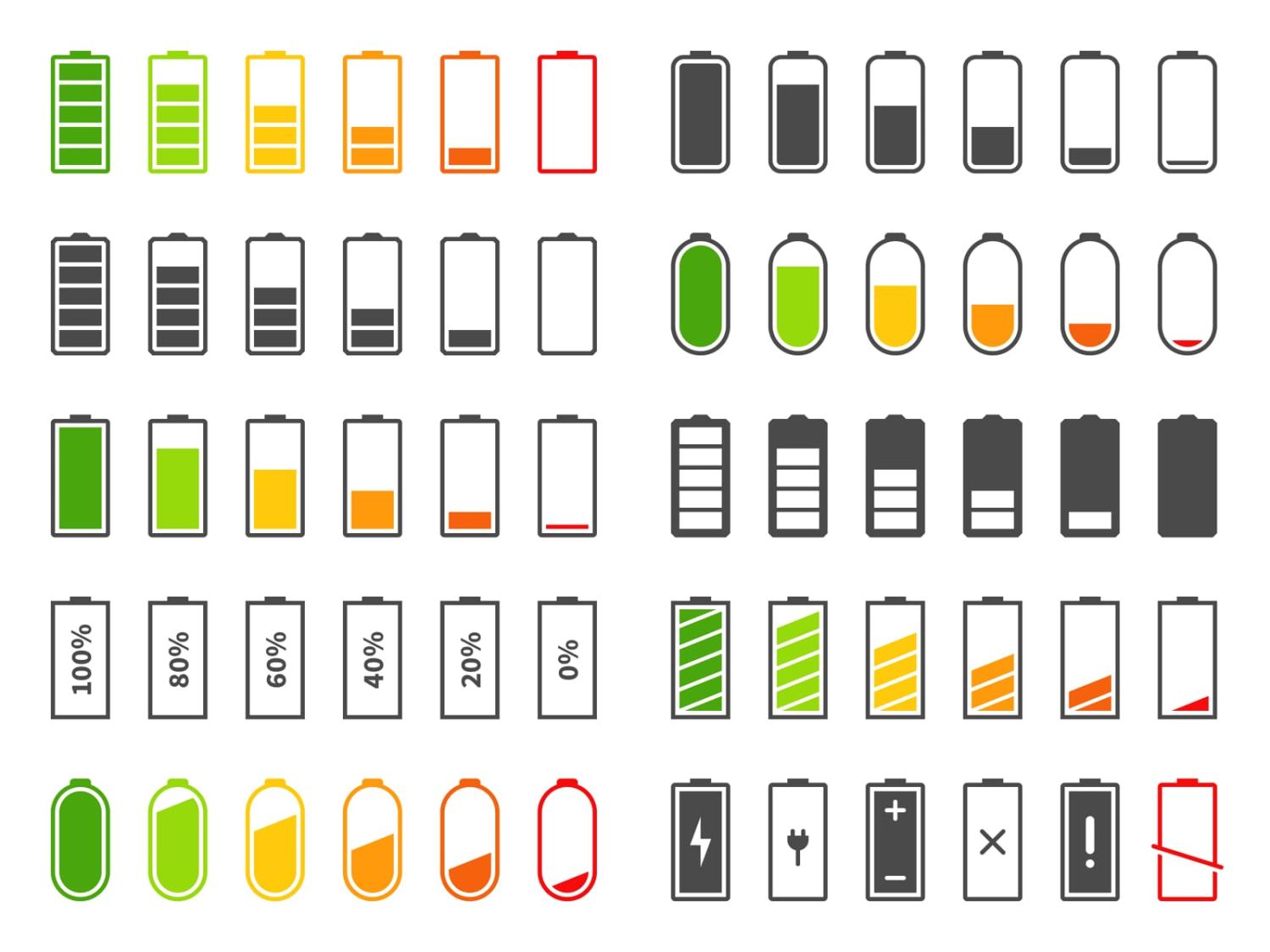 The lexicon of strained language to accommodate the endlessly complicated relationship between Indonesia and Australia is coalescing around a new phrase for besties.

From the optimistic “strange neighbours” of the 1980s to the doleful “boats, beef and Bali” characterisation of the early noughties, the idea of a “powerhouse partnership” seems to have gained momentum around this week’s Asian summits. This has long been the Indonesian way of exhorting the potential for joint production combining Australian resources with Indonesian manufacturing for export in third countries through the decade-long negotiation of the bilateral trade deal. Australian official language has tended to be more muted.

President Joko Widodo supercharged the idea this week by trying to recruit Australia to a mooted Indonesian electric vehicle battery resources cartel right in the middle of the Group of 20 summit. Speaking at the Business 20 Summit closing session just after Prime Minister Anthony Albanese had enthused that Australian business was newly “energised” about opportunities in Indonesia, Widodo promptly asked for exclusive rights to Australia’s lithium. Describing his plans to create an ecosystem for batteries and electric cars in Indonesia, Widodo declared:

You have lithium and we have nickel here … I ask Prime Minister Albanese please bring the lithium only to Indonesia. So together, let’s do this added value investment in Indonesia.

Even if you allow for a bit of rhetorical overkill at the end of a long year trying to keep the G20 meeting on track amid the Ukraine war, Widodo’s comments offer huge opportunities and risks for Australia (see Antonia Flowers on the lithium policy issues in The Interpreter this week).

Despite all the efforts at boosting business ties stretching back to the first investment agreement in the 1970s, Indonesia and Australia have fundamentally been competing resources exporters – especially in coal. The now three-year-old Indonesia-Australia Comprehensive Economic Partnership Agreement (IA-CEPA) is built on the idea this has changed and there is now greater complementary between the economies. A longstanding one is the way Australian wheat is processed in Indonesia into noodles that are exported around the world. A newer one is the way Monash University has shifted from teaching Indonesian students in Australia to running a campus in Jakarta.

But getting Australian investment on the ground in Indonesia to cement these obvious emerging complementarities has always been the challenge due to the void in the respective business cultures.

Three things have happened in the past week that suggest the ground may be shifting.

The powerhouse idea is embedded in the joint plan to implement the IA-CEPA and there have long been proposed demonstration projects such as a marine tourism venture in Indonesia that would have drawn on Australian resort and boat design technology and Indonesian hospitality workers trained in Australia.

Then, at last month’s Australia-Indonesia Business Council annual conference, both Arsjad and Indonesian ambassador to Australia Siswo Pramono talked up the powerhouse idea across minerals, farm products and education. “We must stop seeing each other as competitors and must be complementary,” Arsjad said.

The big question is how Widodo’s powerhouse value-add is funded and where it is captured. Exporting Australian lithium to Indonesia runs up against the economic sovereignty and domestic value-adding rhetoric implicit in Labor’s manufacturing revival plans. And Australia has its own proponents of a domestic EV and battery manufacturing industry. Widodo’s cartel-like inclinations also run up against the open trader, reliable supplier rhetoric Australia is promising Japan again this week in the context of the domestic gas price crisis.

Nevertheless, after signing a BCA cooperation agreement with the Indonesian Chamber of Commerce and Industry (KADIN), which the well-connected Arsjad also heads, Westacott said:

I think it’s a much more sophisticated relationship. I think the business-to-business contacts are much stronger. And I think there's a much more mature way of going about it.

Indeed, there are some deep-pocketed Australian business figures on the new powerhouse circuit, from Andrew Forrest’s Fortescue Future Industries in green hydrogen to Mike Cannon-Brookes’ Sun Cable in solar power and the industry super funds who visited Indonesia after Albanese’s first trip in June. So, the Australian caution about the balance of power in the powerhouse idea may be being redressed – although both Sun Cable and Forrest seem to be having their own challenges squaring away the appropriate Indonesian role in their green energy projects.

In Bali this week Albanese almost channelled former prime minister Paul Keating’s 1994 enthusiasm for business opportunities in Indonesia, declaring that Australia could be a renewable energy superpower but wanted to do it in collaboration with its neighbour. So, these are exciting times in a bilateral economic relationship that diplomats often airily describe as “underdone”. But they are also another interesting example of the emerging tensions between reshoring and friend-shoring in the post-pandemic world of more resilient supply chains.*

It is not surprising that after US President Joe Biden met for three hours with his counterpart Xi Jinping that Anthony Albanese needed to cling to the idea that his own summit with Xi went at least a bit overtime. But while a few minutes count when there are no other newsworthy outcomes from a meeting like this, the striking number in recent government rhetoric about China is the regular emphasis on how big the trade relationship still is after six years of tension and trade blockages.

Business reaction to the meeting was notable for the way the wine, grain and seafood industries all now concede that they are all still bleeding from the Chinese trade measures.

Albanese opened the post-meeting media conference pointing out that China is an important relationship for Australia as the country’s largest trading partner, “worth more than Japan, US and Republic of Korea together combined”. It’s the same language Trade Minister Don Farrell used in his first major trade speech the day before.

While it is a statement of the bleeding obvious, it seems to be a change in tone from the constant claims of successful diversification from China dependence under the last government and the resultant broader commentary consensus along these lines. However an Australian Financial Review account of business reaction to the meeting was notable for the way the wine, grain and seafood industries all now concede that they are all still bleeding from the Chinese trade measures.

Farrell has seemingly crafted a useful sedative of urging diversification, acknowledging China’s importance as a market, and offering an off-ramp for trade tensions in or outside the World Trade Organisation. China has responded that it welcomes the new “mature” approach and that it wants some better investment access to Australia. Watch this space.

The appointment of former Macquarie Bank chief executive Nicholas Moore as the special envoy to Southeast Asia promised by Labor during the election campaign appears to have taken quite a few people by surprise. Moore is certainly no ex-politician, like former defence minister Stephen Smith who is headed to London as High Commissioner. Nor is he a former diplomat like Dick Woolcott, who was sent to Southeast Asia to deal with unhappiness about Kevin Rudd’s 2008 Asia Pacific community idea.

But when iconic Australian brands from Leightons to ANZ to Amatil have pulled back in this region, betting on the “millionaires factory” aura of Macquarie Bank is worth a try as the Albanese government attempts to fashion a new Australian presence. Macquarie Bank (well after Moore’s time) made one of the biggest recent Australian investments in Indonesia to buy into a telecommunications infrastructure company this year before Albanese cajoled Australian super funds to consider doing the same sort of thing.

The appointment does suggest that the Albanese government is trying to break out of the security establishment straight-jacket of seeing Southeast Asia as simply a diplomatic pawn in a geopolitical battle.

Infrastructure and innovative project financing alongside private investors are playing a bigger role in Australia’s aid program in Southeast Asia and are likely to be even more prominent after the development aid reviews now under way. The powerhouse idea is all about pulling together disparate large players to foster broader economic integration. And perhaps Moore has the capacity to cut through the Australian boardroom malaise about having already heard about all the opportunities in Southeast Asia when he leads consultations on a new regional business strategy.

While former diplomats may be surprised by the appointment, it does suggest that the Albanese government is trying to break out of the security establishment straight-jacket of seeing Southeast Asia as simply a diplomatic pawn in a geopolitical battle. It even seems to hark back to the last Labor government’s Australia in the Asian Century White Paper and the confidence that better economic ties might moderate security tensions.

In a speech this week to the APEC Studies Centre, Farrell declared an end to investor-state dispute settlement (ISDS) provisions in any new trade deals and thus re-opened one of the old battlegrounds in Australian trade policy. Appropriately to an institution now headed by his Labor ministerial predecessor and ISDS opponent Craig Emerson, Farrell said that this would preserve the government’s capacity to govern in the national interest. And in a nod to his old Labor union power base, which is strongly opposed to trade arbitration panels overturning government policy, he committed to reform existing ISDS trade deal mechanisms whenever possible.

Australia rejected these provisions, which allow foreign companies to sue governments over certain legislative changes, when the conservative Howard government negotiated a trade deal with the United States in 2005. But they then gained favour as a pro-business and pro-trade measure, which provides confidence to foreign investors. The Gillard government (in which Emerson served) ultimately rejected the provisions in 2011 amid the rise of the then US-led Trans-Pacific Partnership, but they became standard fare in virtually all trade deals once the Coalition came to power in 2013.

But the tide has turned against ISDS provisions in Europe, where Australia is pursuing its biggest available new trade deal, so Farrell is in practice pushing on an open door. And as business criticises the decision, he can take solace in the curious Australian situation where ISDS is opposed by the fair trade left and the economically rational Productivity Commission.

* Greg Earl edited the DFAT Blueprint for Trade and Investment with Indonesia and the A Second Chance report on business engagement with Asia, partially funded by the BCA.

It is time to put Indonesian back on the priority list of languages to be studied in Australia.
John Edwards 20 Dec 2017 16:30

In the economic realm, China is not only rapidly becoming a superior power, but also one with the same partners as the US.
Alastair Davis 15 Jun 2018 15:47

Hosting the tournament is a chance to show off to the world, and offers a snapshot of perceptions of the host country.