Tehran may further strike back over Soleimani, but it has freely carried out attacks across the region for a long time. 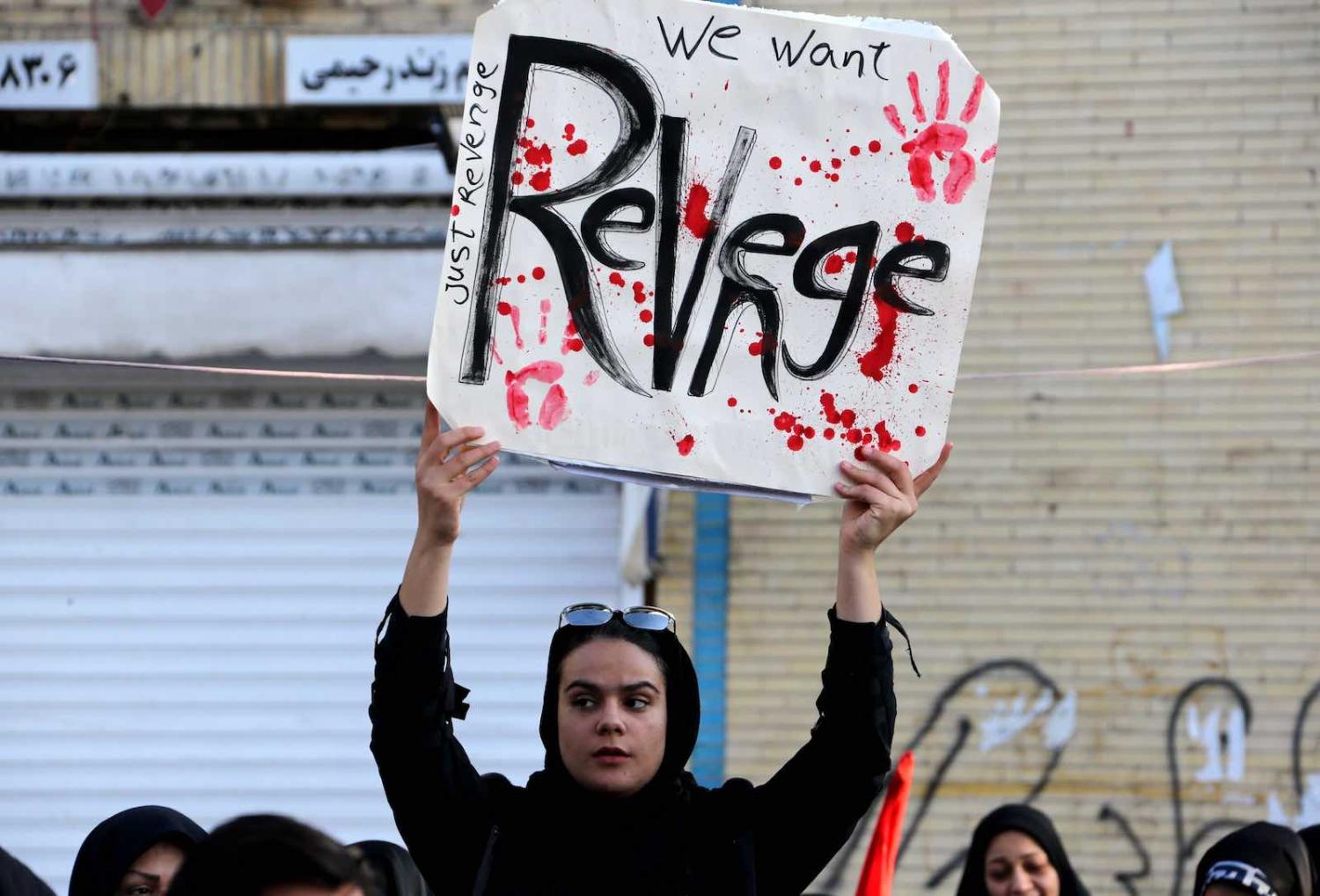 For all the publicity around the mass grieving taking place in Iran for the revered leader, there are just as many Lebanese, Syrians, Iraqis and indeed Iranians rejoicing over the end of Soleimani’s reign of terror (Photo: Atta Kenare/AFP/Getty Images)
Published 8 Jan 2020     Follow @laurenwillgo

Criticism of Donald Trump’s brazen assassination of Iranian Quds Force commander Qassim Soleimani has rightly focussed on the unprecedented nature of the killing and the escalation in the conflict between the two countries it presents.

Imaginations have run wild with the scale and horrors of Iran’s next moves and inevitable retaliation. Early responses from Iran, including the firing of multiple rockets on US military bases in Iraq on Wednesday, are not surprising, and interpreted as proof of Trump’s lack of strategic foresight and unwieldy provocation that could lead to greater loss of American life.

In particular, the fear that Iran will unleash the vast empire of proxy paramilitaries Soleimani controlled, sending the region into a spiralling conflict of untold consequences been vehemently promoted.

The ratcheting up of tensions is obvious. But such analysis of probable consequences fails to recognise the enormous problems Soleimani presented alive much more than dead.

The situation resulting from the proxy paramilitary forces Soleimani controlled in Syria, Lebanon, and Iraq had become untenable. The fixation on getting Iran to adhere to the nuclear deal had handed Tehran a free point of leverage and locked the West into an appeasement strategy that allowed Iran to continue on its destructive and expansionist path via these proxies in these countries unabated.

Iran may strike military facilities or oil interests, disrupting the global economy, but they’ve already been doing that successfully for a long time.

In Syria, Iran mobilised its highly ideologically and religiously motivated paramilitaries in support of the bloody dictator Bashar al-Asssad. Iran’s involvement was critical in ensuring the conflict became a sectarian battle of attrition and arguably gave credence to the anti-Shia narrative of Islamic State that contributed to its growth. Hundreds of thousands of Syrians died under Soleimani’s direction. Assad is now all but victorious in Syria with the help of Iran (and Russia), but the lasting presence and inability to evict Iran’s paramilitaries from the country is the biggest obstacle to any peace or sectarian rehabilitation settlement in the country anytime soon.

In Iraq, locked in an interminable battle for influence between Iran and the United States, protesters have flooded the streets in their millions in recent months to protest the corruption, crony capitalism, and insecurity that clientelist system of governance has created. Iraqis of all sects, significantly, largely among Shia bases, have rebelled against the influence of Tehran over their government’s affairs. Soleimani himself dictated a brutal crackdown on the popular movement that has killed more than 500 Iraqis, ironically in the name of preserving the country’s sovereignty. Having been instrumental in the defeat of ISIS, these same sectarian-driven paramilitaries have allowed Iran to gain the upper hand in Iraq, threatening the country’s stability and US interests in its aftermath.

In Lebanon, the situation is not dissimilar. Iran, via its proxy militant Shia force, Hezbollah, has effectively held the government to ransom for years. Mass popular demonstrations in the country erupted late last year, with hundreds of thousands of people mobilised to protest the sectarian system and the endemic corruption, mismanagement and economic crisis it had created. With Iran sensing its hold over the country may be threatened, it did what it knew best, igniting the sectarian card to divide the protest movement and unleashing its ideologically driven thugs to beat protesters.

And at home in Iran, Soleimani was as much feared as revered. Protests there in recent months have been directed at the repressive regime that Soleimani upheld, not at America, and not for the first time, anger has been directed at what are seen to be the costly wars the man kept the country locked into.

Iran may further strike military facilities or oil interests, disrupting the global economy, but it has already been doing that successfully for a long time. Using its proxies in Yemen, it has attacked oil tankers in the Gulf, struck Saudi Aramco facilities, and downed an American drone over international waters – all since May.

In fact, there is little that Iranian Revolutionary Guard Corp can do with these paramilitary forces that it hasn’t done already. At least without the evil mastermind at their helm, their job is made a little harder and hopefully less effective.

Debates over the legality of the strike and the loss of America’s moral high ground, or the merits of extrajudicial killings, are theoretical. Analysis of Trump’s strategic thinking, particularly when it comes to the US role in Iraq, are more worthwhile, but only time will tell how that plays out. For now, Trump has decisively terminated the Iran nuclear deal and brought matters to a head.

Soleimani had rivers of blood on his hands, and the world is a better place without him in it. For all the publicity around the mass grieving taking place in Iran for the revered leader, there are just as many Lebanese, Syrians, Iraqis, and indeed Iranians rejoicing over the end of the reign of terror he has overseen in the region for decades.

Previous Article
India-Australia strategic convergence … with differences
Next Article
Could Afghanistan be the stage for US-Iran conflict?

Chabahar: The key to a strategic partnership between India and Iran?

While the Chabahar project could enhance Iran-India political and economic engagement, there are potent obstacles in the way.
Robert Wihtol 6 Nov 2020 06:00

Helping to address the humanitarian crisis in Myanmar is pivotal to maintaining the credibility of India’s ‘Neighbourhood First’ and ‘Act East’ policies.