Europe is finally getting serious about China

The Global Gateway and Germany’s new government suggests trouble ahead for EU-China relations. 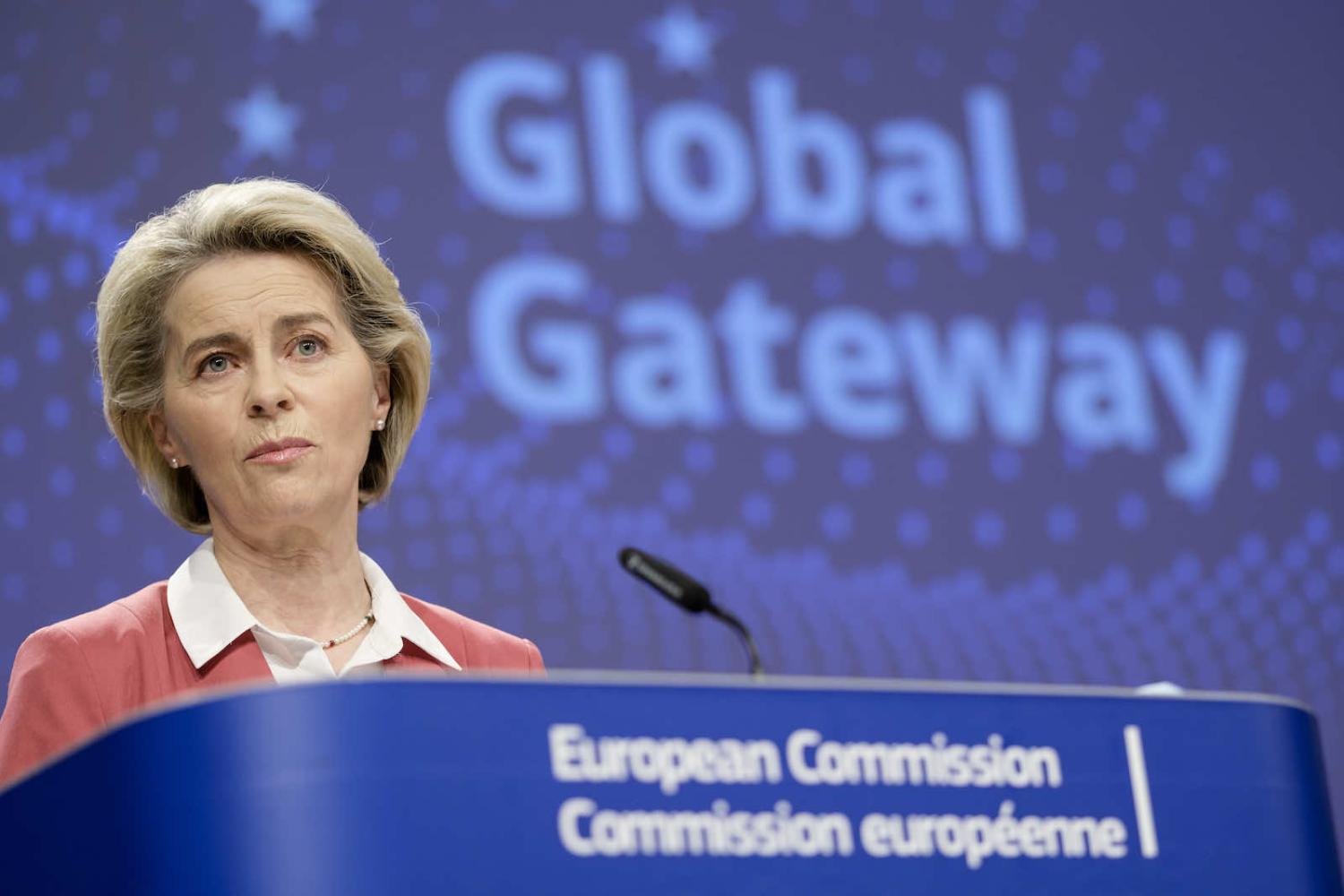 On 1 December, the European Commission unveiled its Global Gateway Strategy, a new scheme which will mobilise “up to €300 billion” in investments between 2021 and 2027. At first glance, the Global Gateway looks like another entry in an increasingly crowded field of competitors to China’s Belt and Road Initiative (BRI), jostling for space next to the Biden Administration’s Build Back Better Initiative, the Three Seas Initiative (itself mooted as a potential European answer to the BRI), and other existing investment streams such as Japan’s estimated US$259 billion of projects in Southeast Asia.

But as with all first glances, deeper study yields more detail. The Global Gateway illustrates two key shifts: a strengthening consensus among European leaders for a more interest-driven form of economic diplomacy – and a hardening of views regarding China.

Just as the BRI is widely acknowledged to build as much influence as infrastructure, European leaders see similar opportunities for the Global Gateway. The media release announcing the scheme contains references to “strategic interests”, “democratic values”, “shared communities of interest”, and “good governance and transparency”, while supporting collateral promises it will demonstrate “how democratic values provide certainty and transparency for investors, sustainability for partners and long-term benefits for people around the world.”

This is hard-nosed realism, EU style.

Multinational infrastructure investment schemes are the Great Game of the 21st century: a scramble for influence, alliances and priority access to strategic resources in faraway lands.

Beyond showing an increased willingness to pursue strategic interests, including beyond its own borders, the Global Gateway is also belated recognition from EU leaders that such multinational infrastructure investment schemes are the Great Game of the 21st century: a scramble for influence, alliances and priority access to strategic resources in faraway lands. No single EU member is today a great power. It is only by joining the strength of individual member states together that the European Union can begin to approach the might of the United States and China in international forums.

Days after the unveiling of the Global Gateway in Brussels, Olaf Scholz was confirmed as the new German chancellor in Berlin following the conclusion of coalition negotiations between his Social Democrats, the Free Democrats and the Greens. The 177-page coalition document and the allocation of Ministerial portfolios strongly suggests an impending change in Germany’s approach to China. As explained by Noah Barkin, the coalition agreement includes the strongest ever language about China to ever appear in a German coalition agreement, broaching “the reddest of Beijing’s red lines” and likely spelling the definitive end of the EU-China Comprehensive Agreement on Investment (CAI) which had been championed by Angela Merkel in the past year.

The appointment of new Ministers could prove just as consequential. Greens co-leader Annalena Baerbock will assume the role of foreign minister. The Greens have long viewed German policy on authoritarian states as being too soft, and have criticised Merkel for her readiness to accept the inflow of Russian fossil fuels to power the production of manufactured goods for export to China. Baerbock herself has argued strongly for a foreign policy “guided by human rights and values”. Don’t expect a 180-degree shift in Germany’s stance on China overnight: Baerbock is likely to be constrained by the more pragmatic Scholz. But the trend is clear.

Beyond creating discontent at home, Merkel’s prioritising of German economic interests over broader strategic goals has hindered the European Union’s ability to pursue its interests as a single bloc. That now seems set to change.

If Germany’s new government adopts a tougher stance on China, it will be adding its voice to a growing chorus. Evidence of growing tension between Europe and China in 2021 is abundant. Majorities in almost all EU states now express negative attitudes toward China. The CAI trade deal appears dead in the water. In March, the European Union partnered with the United States to levy sanctions on CCP officials involved in human rights abuses in Xinjiang (China reciprocated with sanctions of their own). In October, the European Parliament released a non-binding report which called Taiwan a “key partner” in the Indo-Pacific and advocated for closer economic ties. Meanwhile, the EU is set to unveil two new proposals which are thought to be aimed primarily at China: the first would force companies operating in the European Union to vet their supply chains for human rights violations while the second would create an anti-coercion instrument that could levy sanctions on non-EU countries interfering in “the policy choices of the EU or its Member States.”

It’s not all one way: a virtual EU-China summit which had been postponed because of the fight over sanctions in March is now likely to take place in mid-January 2022. But this attempt at re-engagement is scant compared to a hardening European consensus toward China.

What does the near future hold? One possible outcome, made more likely by language in the Global Gateway announcement about working with the Biden administration’s Build Back Better initiative, is that the EU’s stance will come to resemble the American position articulated by Secretary of State Antony Blinken following a terse US-China meeting in March: “competitive where it should be, collaborative where it can be, adversarial where it must be”.

Whatever the specific shape of EU-China relations, the European Union appears to be shedding historic reluctances about striding the world stage as a single political actor. This approach will surely run into difficulties, not least of all finding issues where all member states can reach a consensus. But an emboldened, confident – dare I say, strategically autonomous? – European Union that more forcefully stands up for human rights, free markets and transparent governance ought to be welcomed by supporters of the rules-based order.

Previous Article
The dual roles of PNG politicians, and why they fail at both
Next Article
Erdoǧan loses his way

Fissures have erupted within Labor over whether Australia should join the US in conducting freedom of navigation operations (FONOPs) in the South China Sea.
Yatharth Kachiar, Priya Vijaykumar Poojary 27 Oct 2021 06:00

Only a coherent policy for the Indo-Pacific will work. The West needs to offer a strong economic balance to Beijing.
Dhruva Jaishankar 10 May 2018 06:00

The India–China summit in Wuhan was no reset

The meeting between Modi and Xi was not a step towards a lasting thaw in relations between Beijing and Delhi.