A story of shocking lows and ultimately some redemption in the US legal system – inflamed by a younger Donald Trump. 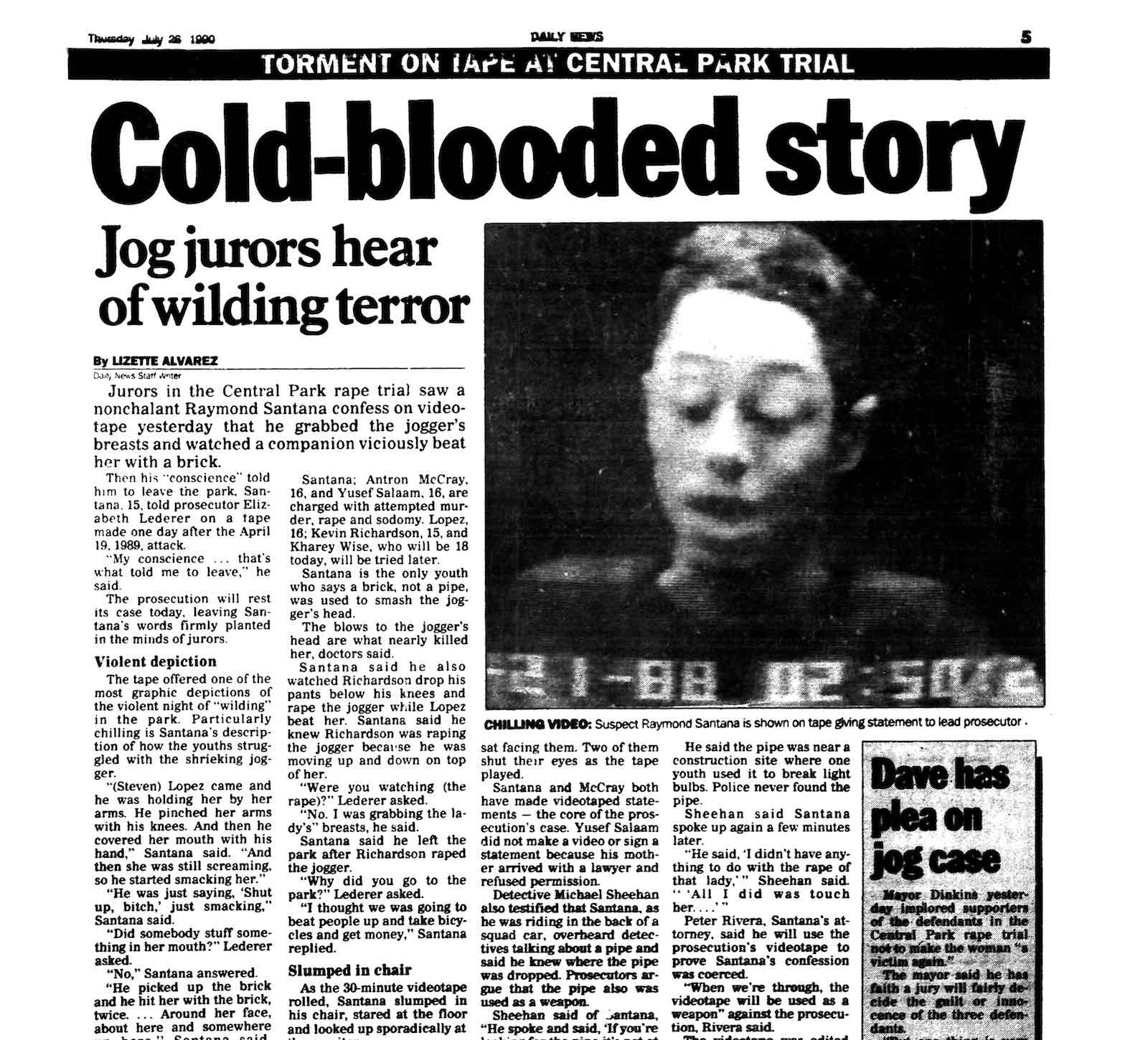 I moved into an apartment near New York’s Central Park in 1989 at the height of the hysteria over what became known as the Central Park jogger case, or more controversially just “the wilding”. A young white female jogger had been brutally raped and several other park visitors assaulted at the same time as a group of teenagers also rampaged through the park, sparking a ferocious debate about public safety.

Ten people were tried in relation to these events, but five African-American and Hispanic teenagers were ultimately convicted of rape and consigned to a torrid time in the New York prison system.

But they were wrongly convicted and had no involvement in the rape. It took until this year for the excruciating full story to be told in the four-part television series When They See Us made for Netflix and first screened in June.

My daughter, who is more captivated by American culture these days than I am, drew me reluctantly to this retrospective. Reluctant because, I have to admit, I recall vaguely accepting what is now the botched and politicised prosecution case and being a little unnerved about visiting Central Park after dark. But in reality, there were really a lot more interesting things for newcomer to the Big Apple to do than follow this case in detail.

But When They See Us is compelling viewing. Although by the fourth episode, when the story of the boy who served the most time in jail is being told, I found it simply sickening and could not keep watching for a while.

While these in some cases talented boys were brutally deprived of their youth, they seem to have managed to regain their self-esteem and productive lives since being cleared.

It is also fascinating because of the almost ghostly appearances by a young New York real estate tycoon Donald Trump who campaigned at the time for the return of the death penalty, further inflaming public opinion during the trials. He was still campaigning about this case as recently as 2014, when he opposed a compensation settlement after the convictions were found to be wrong.

As hard-hearted as this is, it does underline that contrary to the almost universal view in Australia that Trump is a parvenu, political lightweight, he has been part of the American, certainly New York, political scene for a long time.

In the end, this is a story of shocking lows and ultimately some redemption in the US legal system, where prosecution cases are politicised but a small number of people often continue to search for truth. It also has an element of the American dream about it. While these in some cases talented boys were brutally deprived of their youth, they seem to have managed to regain their self-esteem and productive lives since being cleared in 2002, by which time they were all then out of jail.

In my own very small way, faith in Central Park was restored much faster. Two years after the attack occurred, I got married right on its edge. When They See Us prompted me to dig out the watercolour of the area known as the Sheep Meadow, which we bought from an artist in Central Park that day.

Show Comments
Previous Article
When price hikes pour fuel on the fire
Next Article
Should you lie to your children about reality?