India should prioritise a denial strategy in the Indian Ocean

The stand-off with China in the Himalayas has raised a broader debate about India’s strategic outlook. 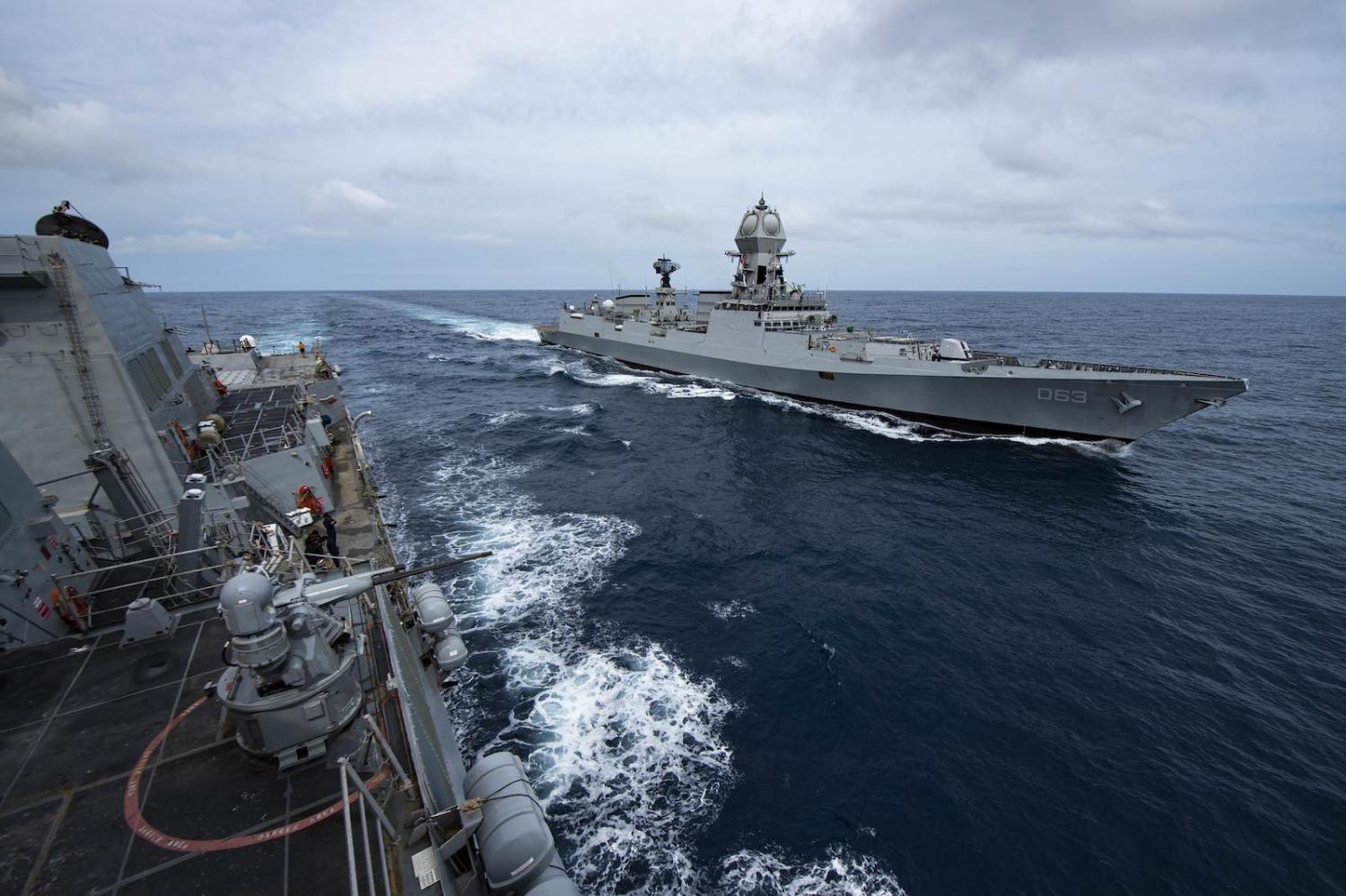 To break the border stand-off between India and China in the Himalayas, some Indian analysts have advocated going on the offensive against China in the Indian Ocean. But that would be vague, illogical and imprudent, with little chance of success and significant risk of blowback. Instead, India and its partners should prioritise a more effective denial strategy in the Indian Ocean, to deter and counter any potential future coercion there.

Strategies of denial seek to reinforce defensive bulwarks so that potential aggressors are dissuaded from launching an attack – or, failing that, thwarted from succeeding. They are generally considered more effective and reliable than strategies of punishment, which rely instead on the threat of retaliation after the aggressor launches its attack. Punishment was the cornerstone of nuclear deterrence during the Cold War and since, but that strategy is considerably less reliable in the conventional and sub-conventional conflicts which India now faces.

The false promise of punishment

Since May 2020, Indian and Chinese troops have been locked in a tense – and, at times, violent – stand-off in the Himalayas, after Chinese incursions into the Indian-controlled territory of Ladakh. This scenario looks likely to last for months, if not years, to come. Some Indian analyses have called for bold action hundreds of kilometres away, in the Indian Ocean. They argue that horizontal escalation would broaden the Himalayas confrontation to an arena where India enjoys clear strategic advantages, allowing it to counter Chinese coercion more effectively.

The idea of taking the fight to the oceans has superficial appeal. India sits astride some of the world’s most vital sea lines of communication in the northern Indian Ocean – on which China, like all of East Asia, depends critically for trade and energy flows. India’s Navy dominates the Indian Ocean and could, the argument goes, apply excruciating pressure on the Chinese economy. This leverage could be applied in times of crisis, such as the ongoing border stand-off, or even in peacetime as a deterrent against Chinese coercion. Surely this would be less bloody than a war between the two largest armies in the world.

Rather than using its advantages to start a war it would lose, a denial strategy would be mindful of India’s limitations and focus on erecting political and military obstacles to Chinese coercion in the region.

But the concept is unclear. It is often framed as a vague statement of Indian power, without elucidating exactly how force should be used. Should India impose a blockade of all oil tankers bound for East Asia? Board and inspect some Chinese trading vessels? Intimidate a Chinese survey ship in the Bay of Bengal, or sink a Chinese navy ship conducting anti-piracy patrols? Some of these moves would be seen as acts of war – and most would be dramatically escalatory, especially for an Indian government that has been at pains to downplay the current crisis.

More fundamentally, such moves would have no “theory of success”. How would such pressure create the desired political effect in countering Chinese coercion? A blockade would be tantamount to an act of war – but a painfully slow war that would likely require months of stringent application and be unlikely to decisively strangle the Chinese economy. Short of a long blockade, in any realistic contingency, incremental Indian pressure in the Indian Ocean is unlikely to compel a Chinese regime that has staked its legitimacy on national rejuvenation and regional hegemony.

On the other hand, history suggests that even minor Indian naval offensives against China would invite an escalating retaliation. China would not only unleash its rapidly expanding surface and sub-surface fleet against India’s navy, but it could also impose pain elsewhere. China’s options against the Indian homeland – from long-range missile strikes to cyberattacks to more land grabs on the border – would be militarily feasible and politically devastating to New Delhi. Going on the offensive in the Indian Ocean, therefore, is likely to backfire, probably very badly.

While the Indian Ocean may not offer a magic bullet to resolve the border crisis, it is intrinsically important for India-China competition. China’s military expansion into the Indian Ocean poses multiple risks for India and its partners such as Australia and the United States. These like-minded partners should build their strategic leverage – political relationships and military capability – to manage these risks.

India enjoys unique advantages in the Indian Ocean, due to its geography and informal networks across the region. But rather than using its advantages to start a war it would lose, a denial strategy would be mindful of India’s limitations and focus on erecting political and military obstacles to Chinese coercion in the region.

India could focus on more actively binding itself to smaller regional states – as it already does by sharing maritime domain awareness and space-based surveillance data. Building strategic interdependence would cultivate smaller states’ desire for continued cooperation with India, and institutional resistance to Chinese attempts to coerce or bribe their political leadership.

India could also enhance its sea denial capabilities. Improving its anti-submarine warfare capabilities and expanding its stock of long-range precision missiles, for example, would help to deter the prospect of Chinese direct military intervention. This could be done at a fraction of the cost of building a small number of large capital ships. The Indian Navy is doctrinally committed to pursuing sea control, which like-minded partners such as Australia should welcome. But rapidly expanding its capabilities for sea denial would serve as a stopgap and hedge against China’s ballooning naval power, which will soon be able to contest India’s dominance in the ocean.

A denial strategy in the Indian Ocean will not resolve the current border crisis in Ladakh. But it would offer a realistic roadmap for building political influence and military power in the region. It would provide the strategic leverage necessary to deter or counter future acts of coercion in the Indian Ocean.

Previous Article
PNG: Mistaking massacres for tradition
Next Article
India and Australia: Beyond the three Cs

G7: the most honest summit – ever!

The more pretence there is agreement between countries when there is not, the more it undermines the credibility of other commitments leaders make at summits.

Alliance sentimentalists are wrong to judge the entire heath of the US–Australia relationship through one diplomatic appointment.
Alex Vedovi 27 Jun 2019 08:00