India’s intolerance is hurting the country

Violent protests against the release of the film Padmaavat have fuelled fears about free speech and religious intolerance. 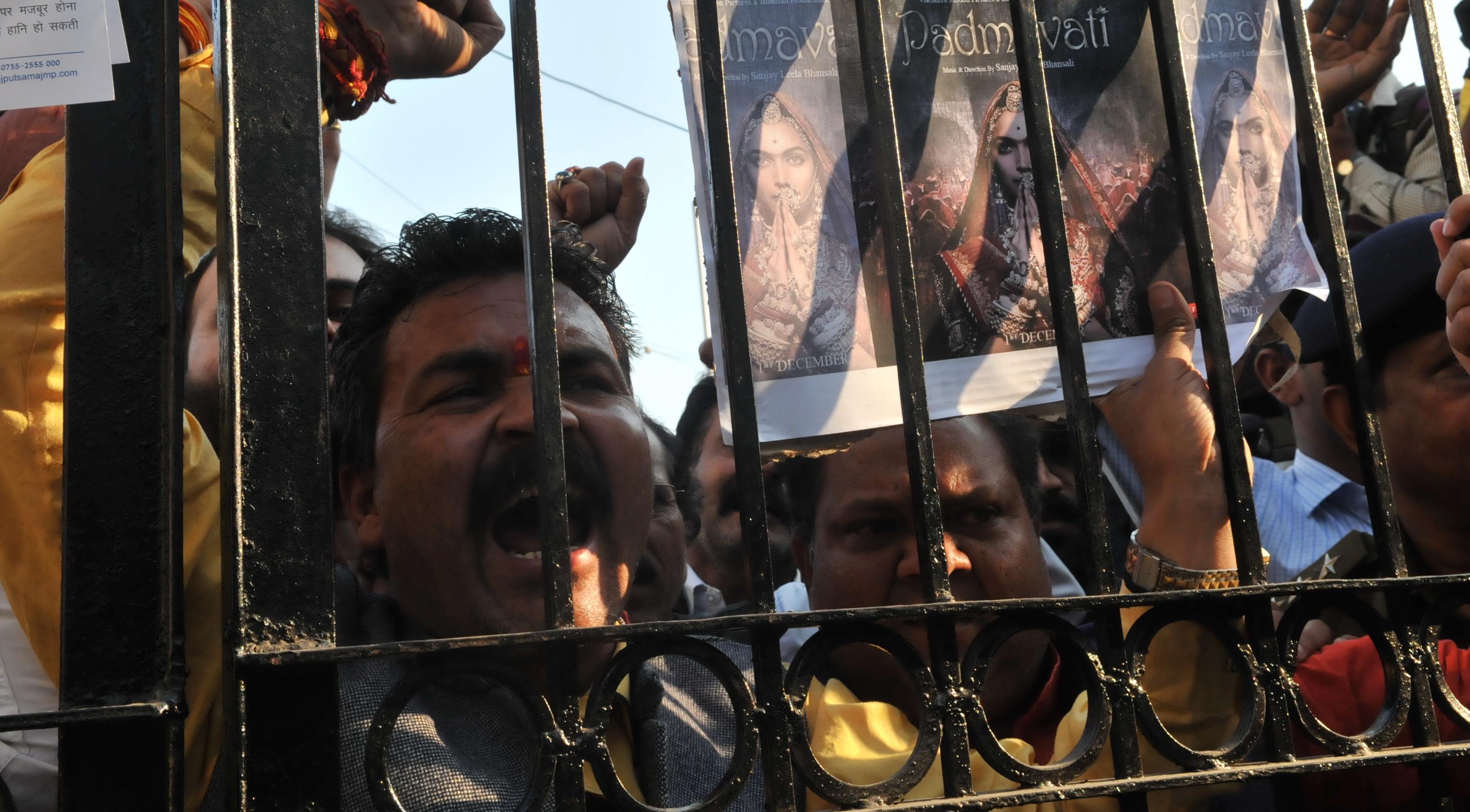 In January the ugly face of an intolerant India was again on display with protests and violence in several parts of the country against Indian film director Sanjay Leela Bhansali’s extravagant medieval epic Padmaavat. Caste groups, especially the Rajputs, predominantly from the northern state of Rajasthan, objected to the film’s portrayal of a romance between the Rajput queen and Muslim ruler Sultan Alauddin Khilji.

Various right-wing fringe outfits protested at cinemas nationwide, and activists attacked a school bus in New Delhi, prompting authorities to increase security ahead of the film’s release. There was almost a feeling of déjà vu to these events, given the tendency of the political class and the state to encourage and yield to mob demands rather than stand by the law of the land.

India’s Supreme Court had previously overruled a ban on the movie and authorised its release. But the event has prised open the debate about how growing intolerance continues to endanger free speech.

Before the Supreme Court cleared the release of Padmaavat, it had been approached by a petitioner who wanted another movie, An Insignificant Man, to be blocked. In that case the court was firm, ruling that freedom of speech and expression is sacrosanct.

It is not the first time that the multimillion-dollar Hindi film industry, popularly known as Bollywood, has been troubled. Such controversy has become a regular occurrence. In the past, several movies faced boycotts, violence, or cuts from the censorship board proportional to the anger they faced from fringe groups, or when politicians weighed in.

In 2017, India’s film censorship board headed by Pahlaj Nihalani, a ruling party nominee apparently intent on protecting Prime Minister Narendra Modi from criticism, ruled that a documentary, The Argumentative Indian, about one of the country’s most famous citizens, Nobel Prize–winning economist Amartya Sen, could not be screened. The director was ordered to mute the words “cow”, “Hindu India”, “Hindutva view of India” (meaning Hindu nationalism), and “Gujarat” – where Modi was chief minister at the time of deadly anti-Muslim riots in 2002. It was only in January, after much debate, that the Central Board of Film Certification cleared the screening.

The changed climate in India’s famously argumentative democracy has come into sharp focus since Modi’s rise to office in 2014. Over the past three years, in particular, there has been an increasing sense that space for liberal discussion in the country is becoming narrower. This has been shown by repeated incidents of threats, assassinations and lynching, along with the banning and burning of books.

In October 2015, 12 film-makers returned their national awards to protest “growing intolerance in the country”. Earlier, 41 novelists, essayists, playwrights, and poets had returned awards received from India’s prestigious National Academy of Letters, angered that the academy had largely remained silent on the murder of well-known rationalists Narendra Dabholkar, Govind Pansare, and Malleshappa Kalburgi by unidentified assailants.

The authors’ protest came at a time when members of the Hindu nationalist party, Shiv Sena, doused a political activist in black ink in Mumbai to register their anger against the launch of a book by former Pakistani foreign minister Khurshid Mahmud Kasuri. Shiv Sena, a junior coalition partner of the ruling Bharatiya Janata Party (BJP) in the western state of Maharashtra, also forced the cancellation of a concert by Pakistani singer Ghulam Ali, who was in Mumbai to pay tribute to legendary singer Jagjit Singh on the anniversary of his death.

The growing power of bullying self-appointed censors was also evident when a major publishing house agreed to withdraw from sale and pulp all copies of The Hindus: An Alternative History, by the US-based academic Wendy Doniger. This formed part of a settlement after a group of Hindu conservative nationalists filed a case against the publisher.

There is a feeling that extremist religious ideologies and violent forces on the right have overshadowed the idea of a liberal, tolerant society envisioned by India’s founding fathers. A new Hindu assertiveness and so-called cleansing of Western cultural influences is steadily gaining ground, whereby intolerant forces, propped up by the political class, are determined to put rationalists and liberals in their place.

As Shashi Tharoor, an Indian politician and a former diplomat put it:

We (in India) cannot simultaneously sell ourselves to the world as a land of pluralism, tolerance and Gandhianism, while promoting intolerance, communal hatred and minority insecurity within the country. It is time the Modi government learned they cannot promote ‘Make in India’ abroad while condoning the propagation of ‘Hate in India’ at home.

In 2017 a Pew Research Centre analysis of most populous countries ranked India as among the worst in the world for religious intolerance. In the country of 1.3 billion, the incidence of hostility related to religion trailed only Syria, Nigeria, and Iraq, all places where sectarian violence is widespread.

Pew examines cases that involved hate crimes, mob violence, communal violence, religion-related terror, the use of force to prevent religious practice, the harassment of women for not conforming to religious dress codes, and violence over conversion or proselytising.

Councils, academies, and institutions complain there has been too much government interference into research on the problem. But this much is clear: continuing on this current path could spell the destruction of India’s pluralistic ethos.