The #MeToo movement is gaining traction in Iran, but its impact is unlikely to alter the status quo in the short term. 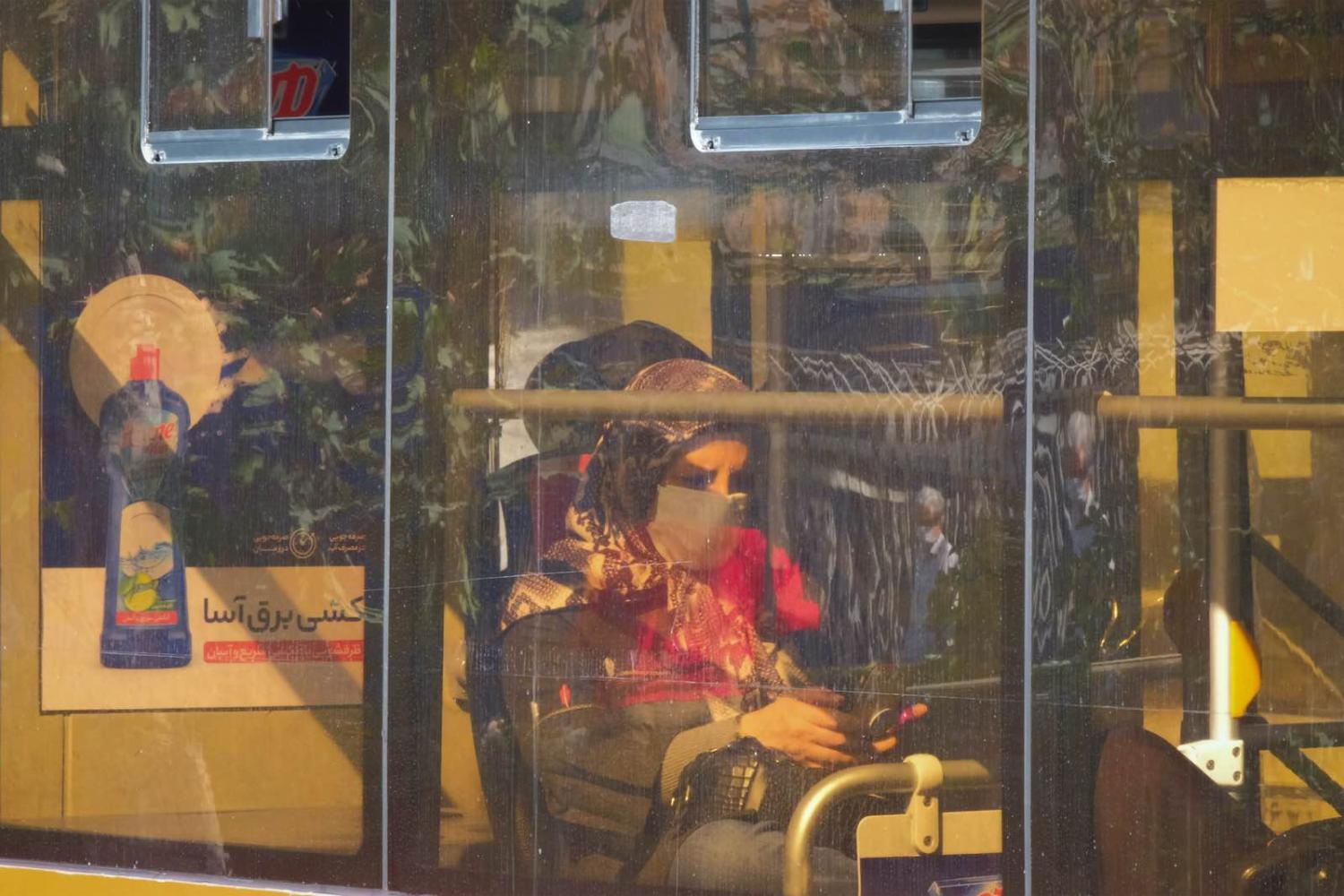 A woman on a bus in Tehran, October 2020 (Morteza Nikoubazl/NurPhoto via Getty Images)
Published 6 Nov 2020

After sexual assault allegations calling out more than 100 men, including prominent members of Iranian society, first appeared on social media in August, women in Iran are having their own #MeToo moment, and the movement is gaining publicity. The latest high-profile figure to be accused of sexual misconduct is internationally acclaimed artist and French Legion of Honour recipient Aydian Aghdashloo, accused by more than a dozen women, mostly students, teachers and reporters, in interviews with The New York Times.

Despite the compelling nature of the allegations, it is difficult to believe that Aghdashloo will be held to account, particularly in light of the state media’s favourable support for him. Given he is a celebrated figure with deep connections to the ruling elite, Aghdashloo’s freedom, if not his reputation, is likely to remain unscathed. He has enduring relations with the political hierarchy, having curated museums for the Shah prior to the 1979 Islamic Revolution, and his continuing ties to the state no doubt afford him certain protections.

The allegations are having repercussions outside Iran and in the art world, however, with the Tehran Auction signalling its intent to remove Aghdashloo’s paintings from its showcase in December, and Iranian-Canadian women petitioning to exclude Aghdashloo from attending Ottawa’s prestigious Tirgan (Persian) cultural festival.

The readiness of individuals to expose men of Aghdashloo’s standing in a country where women have little access to legal recourse for sexual harassment reflects a deeper current of social resistance among a growing number of Iranian women. It is the latest in a series of protests by women who have long opposed the country’s mandatory hijab laws and who remain eager to engage social media platforms to campaign for women’s rights.

The arrest of one of the alleged offenders may signal a shift in the government’s readiness to publicly respond to allegations of sexual violence.

Since its beginnings in 2014, Masjid Alinejad’s online movement My Stealthy Freedom, which opposes Iran’s mandatory dress code, has garnered thousands of followers, with women posting photos and videos of themselves waving headscarves above their heads. While Alinejad’s supporters post mostly in secret, their actions show the courageous stance being taken by women inside Iran.

Social media footage of a trio of women singing an anthem for equality in Tehran’s subway, of women removing their headscarves at the White Wednesday demonstrations, and, most recently, of a woman with her head unveiled cycling in central Iran, are testimony of the ways in which Iranian women are both mobilising online and staging various protests to hold the government and society at large to account.

The dialogue on women’s rights dates back to the 1979 Revolution, which saw the country transform from a secular monarchy into a theocratic state and where women were forced to wear the hijab, denied access to many fields of study, barred from entering politics and expelled from positions in the judiciary.

Since his election in 2013, President Hassan Rouhani has curbed gender discrimination to some degree by adopting a Charter on Citizen’s Rights, which contains provisions upholding women’s rights to healthcare, equal pay, participation in policymaking and protection from violence in the home and in public. However, mechanisms to enforce these rights are lacking, and the fact remains that women in Iran remain deeply vulnerable to violence.

Vice President for Women and Family Affairs Masoumeh Ebtekar was the first senior political figure to praise women for speaking out against sexual violence. Ebtekar has called for urgent reforms ahead of next year’s presidential elections. As Rouhani’s tenure draws to a close, there is increasing pressure to amend the current conditions. The arrest of one of the alleged offenders may signal a shift in the government’s readiness to publicly respond to allegations of sexual violence. The creation of guidelines to combat harassment in the workplace is also a step in the right direction.

However, in the absence of an adequate judicial structure to prosecute acts of violence, the likelihood of justice being served is slim. The impediments to prosecuting these crimes are many, and although there are plans to introduce a bill to combat violence against women, much more needs to be done on a range of levels to improve the safety of women in Iran.

Previous Article
Next steps in advocating for the Pacific Islands Forum
Next Article
Can Joe Biden set the stage for a renewal of American leadership?

Compounding crises have forced Kim Jong-un to break old habits. It may be a sign of new opportunity.
Dina Esfandiary 10 May 2018 11:00

The EU had more than a year to plan, but instead sought to downplay Trump’s statements and appease him.