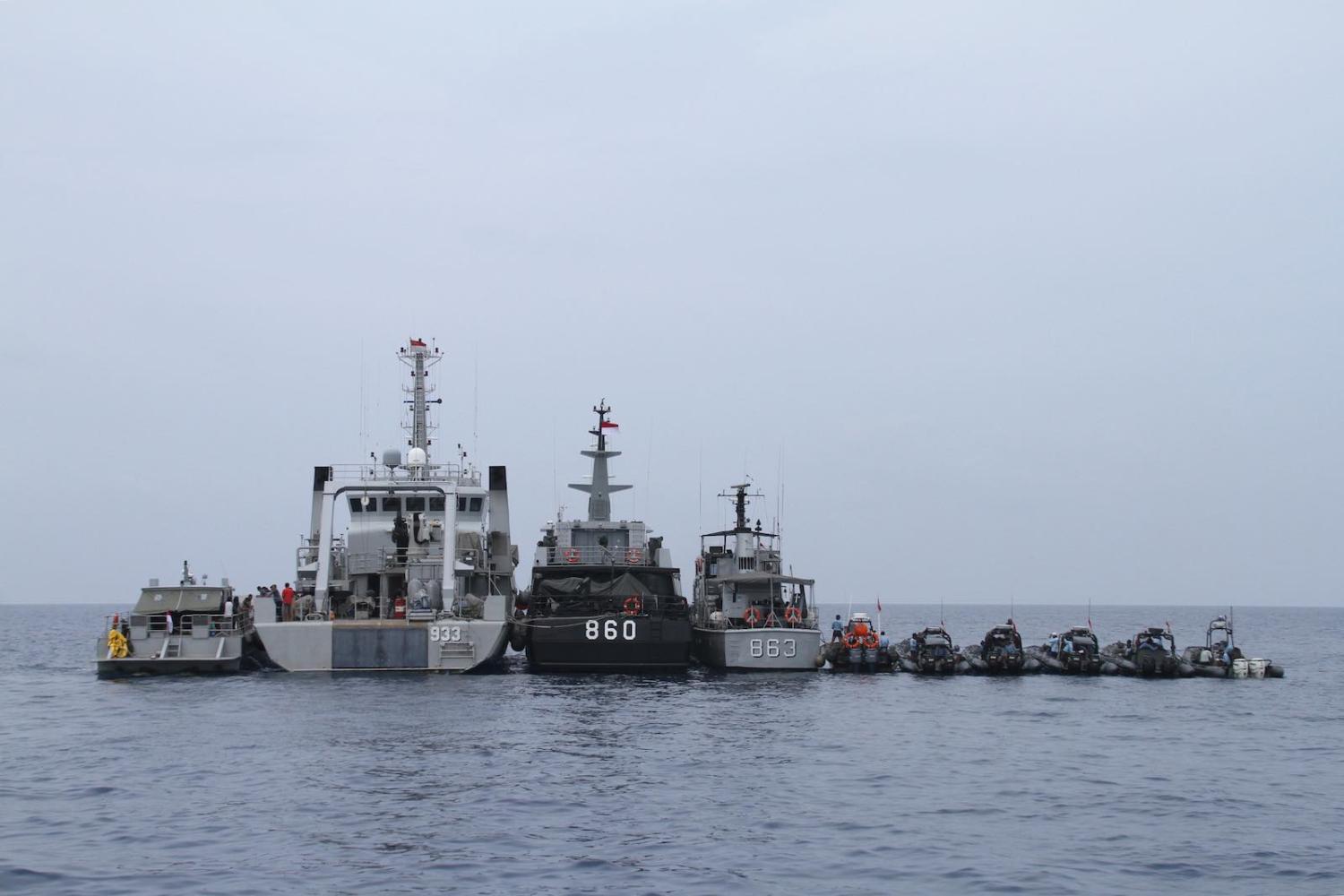 The Covid-19 outbreak has hit hard for Southeast Asian economies. Anticipating more shocks to come, several countries have already moved to cut defence spending, seeing the military as a budget line that can be readily reduced. Indonesia, for example, has announced it will slash its defence budget this year by nearly US$588 million. Thailand has likewise reduced its defence allocation by $555 million. Malaysia, Vietnam, and the Philippines all face similar pressure.

All these countries are key maritime powers in the region. Less defence spending will invariably mean less patrols at sea. The Philippines has decided to cancel the annual Baltikatan 2020 exercise, which would have involved drills with the US and Australian navies.

Yet these cuts come at a time of growing maritime security threats in the region. If anything, the pandemic has made dangers even more urgent.

In recent months amid the coronavirus outbreak, China’s naval forces are reported to have carried out intense manoeuvres in the South China Sea, the scene for several overlapping and disputed territorial claims. The Haiyang Dizhi 8, a Chinese government research ship, conducted a survey near the Malaysia’s Petronas-operated West Capella, creating tension with the Malaysian government. In another incident, a Vietnamese fishing vessel was sunk by a Chinese maritime surveillance vessel in disputed waters.

It is not only the disputes with China that remain a risk in these heavily transited waters of Southeast Asia. Piracy is another enduring threat.

China has also sought to instigate sweeping new administrative units over the South China Sea, seemingly to take advantage of the weakened position of the other claimant countries in an effort to bolster its own “nine dash line” claim.

Although Indonesia and China have not had any recent maritime dispute, Indonesia did have a sharp exchange with China in December and January over patrols in the North Natuna Sea, before the scale of the coronavirus outbreak became clear. The Chinese Coast Guard had escorted Chinese vessels while fishing illegally inside the Indonesian exclusive economic zone. Jakarta responded with a diplomatic protest to Beijing, and in a signal of Indonesia’s seriousness, President Joko Widodo personally led a meeting with the navy and coast guard in the North Natuna Sea, ordering more intense patrols.

None of these issues are resolved between Jakarta and Beijing. China still considers the North Natuna Sea as part of its nine dash line, while Indonesia has a firm policy of not recognising such a claim. So while maritime patrols remain necessary for Indonesia to ensure China does not encroach in its waters, cutting the defence budget will pose challenges for such surveillance.

But it is not only the disputes with China that remain a risk in these heavily transited waters of Southeast Asia. Piracy is another enduring threat that may increase as the economies of the region sour, putting pressure on legitimate business enterprises and creating an incentive for illicit activity.

Waters in and around Indonesia have long been regarded as one of the most dangerous zones for piracy. More than 60% of all maritime piracy incidents between 1993 and 2015 occurred in Southeast Asia, with more than 20% of those incidents taking place in Indonesia alone.

Research following the Asian financial crisis in the late 1990s found an ten-fold increase in the number of piracy cases in Indonesian waters compared with the decade before, with 115 cases reported in 2001 compared to only 10 in 1993. Similarly, in the two years following the 2008 global financial crisis, the Regional Cooperation Agreement on Combating Piracy and Armed Robbery (ReCAAP) reported a 25% increase in piracy rates in Southeast Asia.

None of this should be taken to downplay the importance of responding to the Covid-19 threat or the challenge in addressing the economic fallout. But the priorities for spending should be carefully considered, so as not to cut back on an area such as defence, only to make matters worse.

Tough punishment will be a deterrent only if paired with a credible threat of prosecution and impartial judgement.
Justin Brown 23 Jan 2023 03:00

Good vibes could turn into a solution – but if China demands a quid pro quo, reaching agreement will be complex.
Kareem Salem 24 Apr 2020 13:00