Scott Morrison’s trip to Tokyo should move beyond a narrow focus on defence to secure the living environment. 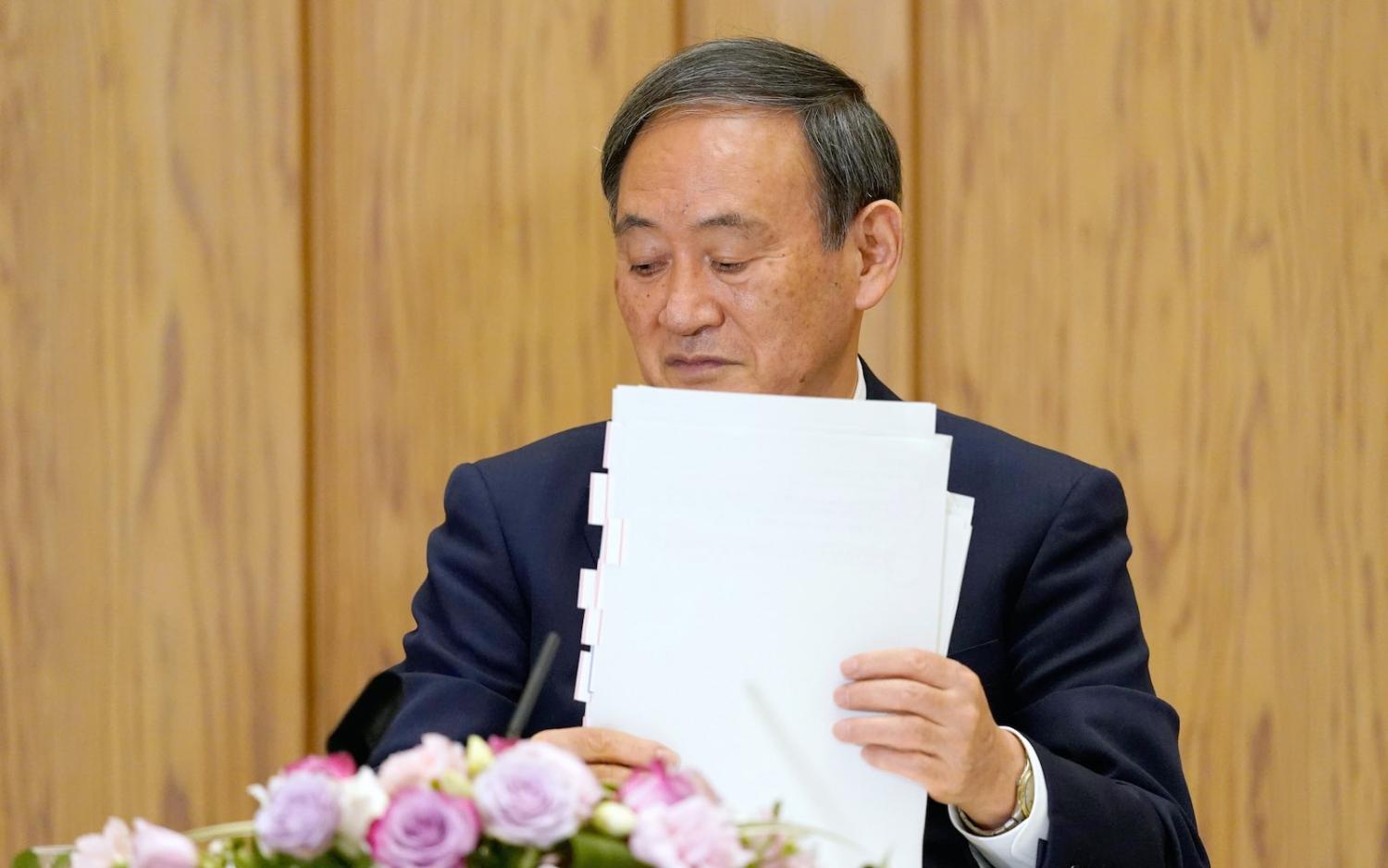 Typically, much of the initial foreign policy interest in a new (or slightly revised) Japanese government tends to look towards the United States – to consider the adjustments necessary to the alliance, to plan the first face-to-face meeting, to determine the nickname that will characterise the two leaders’ “personal” relationship in the style of Ron-Yasu through to Don-Shinzo.

But this is 2020, and the rules and norms are not as they once were. From an Australian point of view, however, the early weeks of Prime Minister Yoshihide Suga’s incumbency have given us much to consider.

To begin with, whether by design or time zone, we learned that Suga’s first phone conversation with a foreign leader was with Australian Prime Minister Scott Morrison. US President Donald Trump was second on the list. Shortly after, in a significant development, foreign ministers of the Quad member countries (US, Australia, India and host Japan) met in Tokyo, including an appointment with the new prime minister. And in the following week, Minister of Defence Linda Reynolds made a quick trip to Tokyo to meet the new Defence Minister Nobuo Kishi, ex-PM Shinzo Abe’s younger brother.

Australia is an enthusiastic participant in the Quad and sees it as a key part of Abe’s legacy. Abe, of course, articulated strengthening relations with India in his book, Utsukushii Kuni e, in 2006. Just a short section in a larger chapter about Japan’s relations in the region, India also held fond memories for Abe as a country that his grandfather Nobusuke Kishi, as prime minister, visited. Abe’s admiration and desire to emulate his grandfather is well-known and carries particular undertones. In the book, noting the development of several forums through East and Southeast Asia, Abe suggested that India, as a democratic country and friend of Japan, should be part of an “open Asia”, resulting in what Abe called the “Asia-Pacific democratic G3, plus America”, not quite as fluent as “the Quad”, as it has become, along with a geostrategic shift to Indo-Pacific.

The Australia-Japan relationship has shifted to a narrowly focused military-defence partnership that has conversely placed constraints on the relationship’s reception in the Asian region.

While Australia focuses on the Quad, it is worth noting that after setting a busy domestic agenda, Suga undertook his first overseas trip, to Vietnam and Indonesia. Covid-19 constraints may have limited the number of destinations, but it was a considered choice. Japan continues to balance its interests in the Asian region even as attention is turning to an Indo-Pacific strategy. As he introduced his key speech in Vietnam using some basic greetings in Vietnamese, Suga hinted at a lighter side to his otherwise pragmatic outlook. While assessments of Suga’s foreign policy intentions overwhelmingly suggest a continuation of Abe’s direction, drawing on his first overseas excursion, I would also flag the possibility of some Suga-spiced distinctiveness.

In this context, Morrison’s forthcoming visit to Tokyo will likely focus on further strengthening the defence cooperation pillar of the relationship, since this has largely been the focus in recent years. There has been a sense of inevitability about it under the Trump administration, aided by an enthusiastic Abe and successive Australian prime ministers over the last couple of decades. The Australia-Japan relationship has shifted from a broad-based, multifaceted regional relationship to a more narrowly focused military-defence partnership that has conversely placed constraints on the relationship’s reception in the Asian region.

Thus, for Australian strategists, Suga’s first address as PM to the Japanese parliament setting out his government’s agenda ought to be noted. It offers new areas of potential for renewing the Australia-Japan dialogue. Tourism and agricultural reform, areas of interest to Australia, featured in Suga’s speech, and Suga’s signal to reach carbon-neutral status by 2050 was significant. Morrison’s shaded response that Australia “would not be dictated to by other countries” in determining energy policy is a risky strategy in the region. A view to cooperation rather than confrontation is more than likely needed in the short term.

Japanese media in recent months has taken a strong interest in the tensions between China and Australia on the trade front and with journalists being returned to Australia. Analysis returns to Morrison’s assertion in April that China’s role in the Covid-19 outbreak should be investigated. Perception is politics, and in this case, Japan is watching closely, particularly Suga’s key backers in the LDP, who seek closer ties with China. This might also temper the enthusiasm for a Quad as the region adjusts to the new US administration.

Australia, therefore, needs to reassess its security focus in the region at least in the medium to long term. The meaning of security needs to be expanded – not simply as a defence-oriented strategy, but providing a secure living environment, more 21st century than 20th.

For example, Japan and Australia could take up a cooperative role in facilitating the Sustainable Development Goals in the region. At some point, we will also need leadership that is willing to recognise and act on averting climate disaster.

In a Biden-Harris Asia-Indo-Pacific, a strong signal Japan and Australia could send would be to agree to sign the Treaty for the Prohibition of Nuclear Weapons, set to enter into force just days after the new US president’s inauguration. Both countries abstained from signing under pressure from the US, in the guise of the US security umbrella. Some courageous leadership will be needed, and this political moment invites it.

Reading and revising the Japan-Australia relationship will require more than the simplified 2+2 formula it has become, with its narrow focus on foreign policy and defence. A more diversified portfolio of interests should be considered.

* This article is a revised version of a presentation to the Australia New Zealand Chamber of Commerce in Japan, 27 October 2020.

The White House National Security Adviser stressed the chance for cooperation even in a challenging global era.
Susan Hutchinson 29 Aug 2019 06:00

The danger to women from small arms and light weapons should be at the centre of military export controls.
Grant Wyeth 16 Feb 2021 12:00