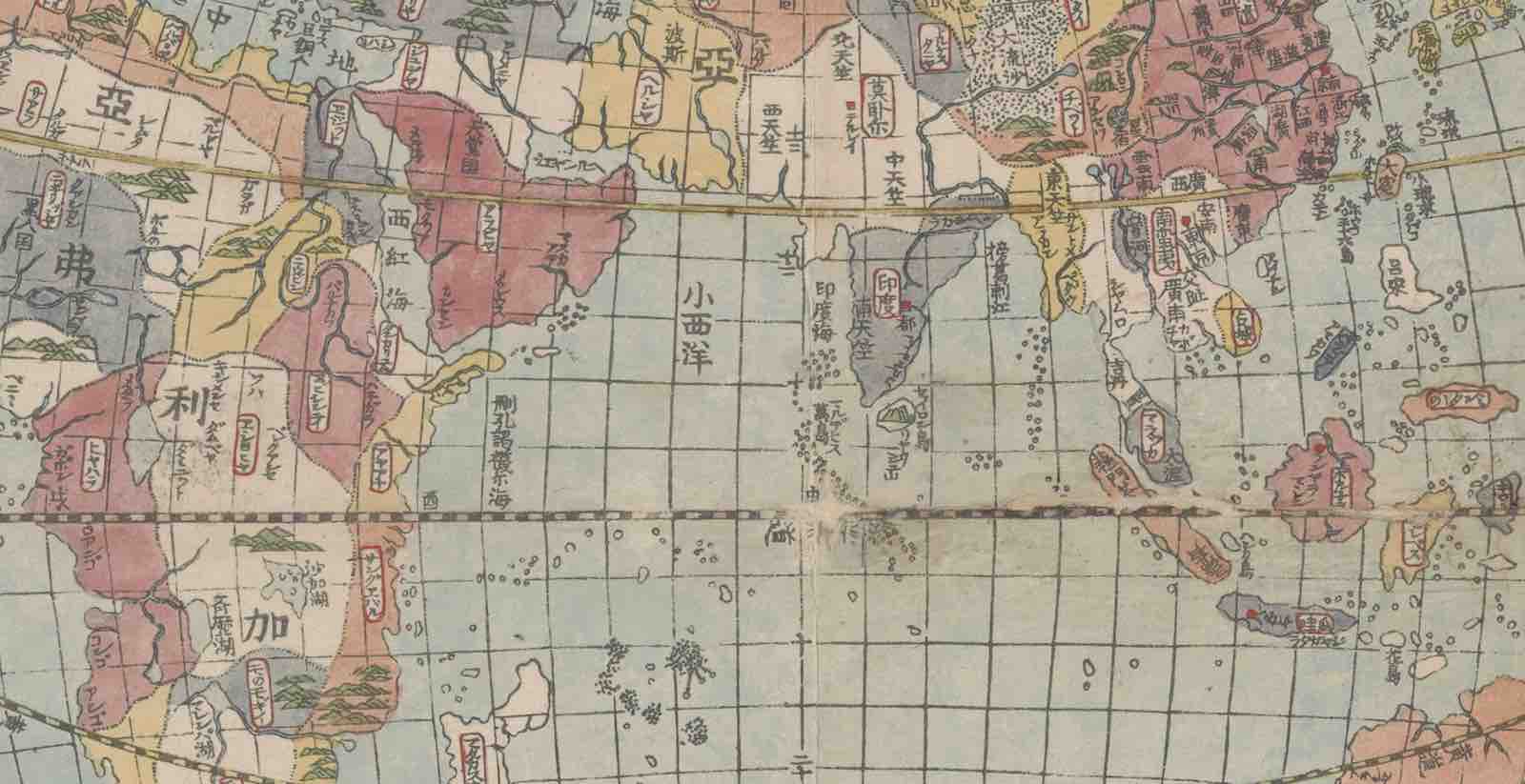 Indian Ocean section of a map of the world by Japanese cartographer Sōkichi Hashimoto, 1796 (Photo: Stanford Libraries)
Published 29 May 2018 11:30   0 Comments