The choice of Lloyd Austin as Defense Secretary singles out someone who could help end America’s “forever wars”. 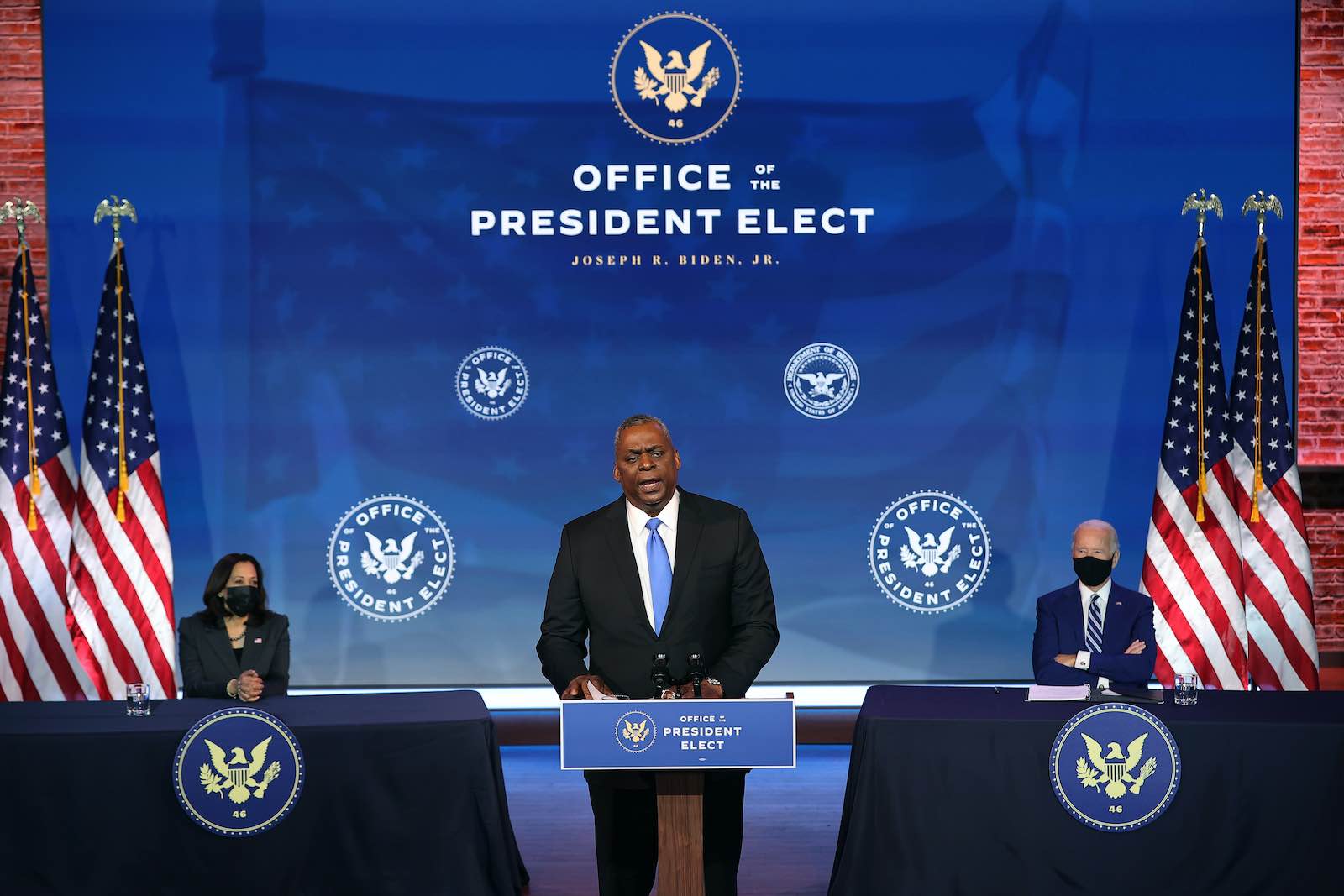 When President-elect Joe Biden announced retired General Lloyd Austin as his pick for Secretary of Defense this week, US experts were perplexed and decidedly unenthusiastic. Austin’s nomination will require a waiver from Congress, because he has only been separated from the military for four years, not the seven required under law before military officers can serve as Defense Secretary.

Why would a President-elect dedicated to leading a post-Trump restoration of political norms want to weaken the civilian side of the Pentagon? Why not choose another barrier-breaking candidate better suited to ensure the proper role of civilian expertise in the Defense Department after four tumultuous years?

The answer is that Biden isn’t focused on fixing the Pentagon or on simply responding to the Trump era. In what is likely to be a one-term presidency, Biden is focused on making good on a longtime Democratic promise to de-emphasise the role of military force in American foreign policy.

Biden’s initial roll out of his national security team (which did not include a nominee for Secretary of Defense) was relatively non-controversial, but it was difficult for him to demonstrate that a close-knit group of Obama national security alumni would produce fresh thinking on defence challenges.

There is some irony in Biden choosing a newly retired 40-year veteran of the military to implement his non-interventionist vision, but Biden has a history of viewing national security challenges differently than the defence community.

Biden published an article on Tuesday defending his choice of Austin, but his 13-minute formal nomination the following day, which included some off-script remarks, clarified his motives. The level of personal trust between the two men was clear, as was the importance Biden placed on the work they did together during the Obama administration.

In a style familiar to reporters who have covered him over the years, Biden dedicated nearly as much time to speaking about Austin being a good man and the product of a loving family as he did to speaking to his qualifications. Biden also reflected on his son Beau’s admiration for Austin when he served on his staff in Iraq. (When Biden chose Kamala Harris as his running mate in the presidential campaign, he was similarly transparent about the relevance of his son Beau’s friendly working relationship with Harris when both served as state attorneys general.)

When Biden shifted to why Austin is the man for the current moment, he highlighted how the former general’s experience would benefit Americans. For example, Austin’s expertise in large-scale logistical operations means he will play a key role in ensuring the orderly, equitable distribution of the Covid-19 vaccine. Biden talked about Austin as someone who would help to end the forever wars: “We need someone who understands the immeasurable costs of war … to ensure that the use of the military is the last tool in our toolbox.”

The political dynamics in Congress around the waiver are still developing, and it’s too soon to speculate on whether Austin will be confirmed.

Biden also discussed Austin’s management of the withdrawal of troops and equipment from Iraq and his leadership in the military campaign against the Islamic State. Biden emphasised that Austin’s great strength lay in the fact that he was a diplomat and a statesman, adding that there were times in their working relationship when, “I wondered whether he was from the State Department or the Defense Department. I’m not exaggerating. He has that way about him.”

There have only been two waivers granted since 1948: one for retired General George Marshall, in 1950, and one for retired General Jim Mattis, in 2017. Congress agreed to the waiver in 2017 in large part because defence experts viewed it as a necessary to ensure that a uniquely inexperienced President received good counsel. By this standard, there is no requirement for the waiver in 2021.

Biden addressed the concerns about the waiver in his public remarks. He acknowledged that the Department of Defense has been under significant strain over the past four years and professed that Austin was prepared to serve as a civilian. The political dynamics in Congress around the waiver are still developing, and it’s too soon to speculate on whether Austin will be confirmed.

With control of the Senate still undecided but likely to rest with the Republicans, it’s appropriate to question whether Biden will be able to enact any agenda at all. But foreign policy has always been the place where presidents have the most room to manoeuvre. What a relief to depart from the Trump years, in which we worried about whether our institutions would survive, and arrive at a period in which we wonder whether our institutions can change.

Show Comments
Previous Article
PNG and the politics of the death penalty
Next Article
Favourites of 2020: A lockdown loaf