John McCain: death of a hero

A solid Republican with a maverick streak, McCain was a tireless advocate of strong alliances, including with Australia. 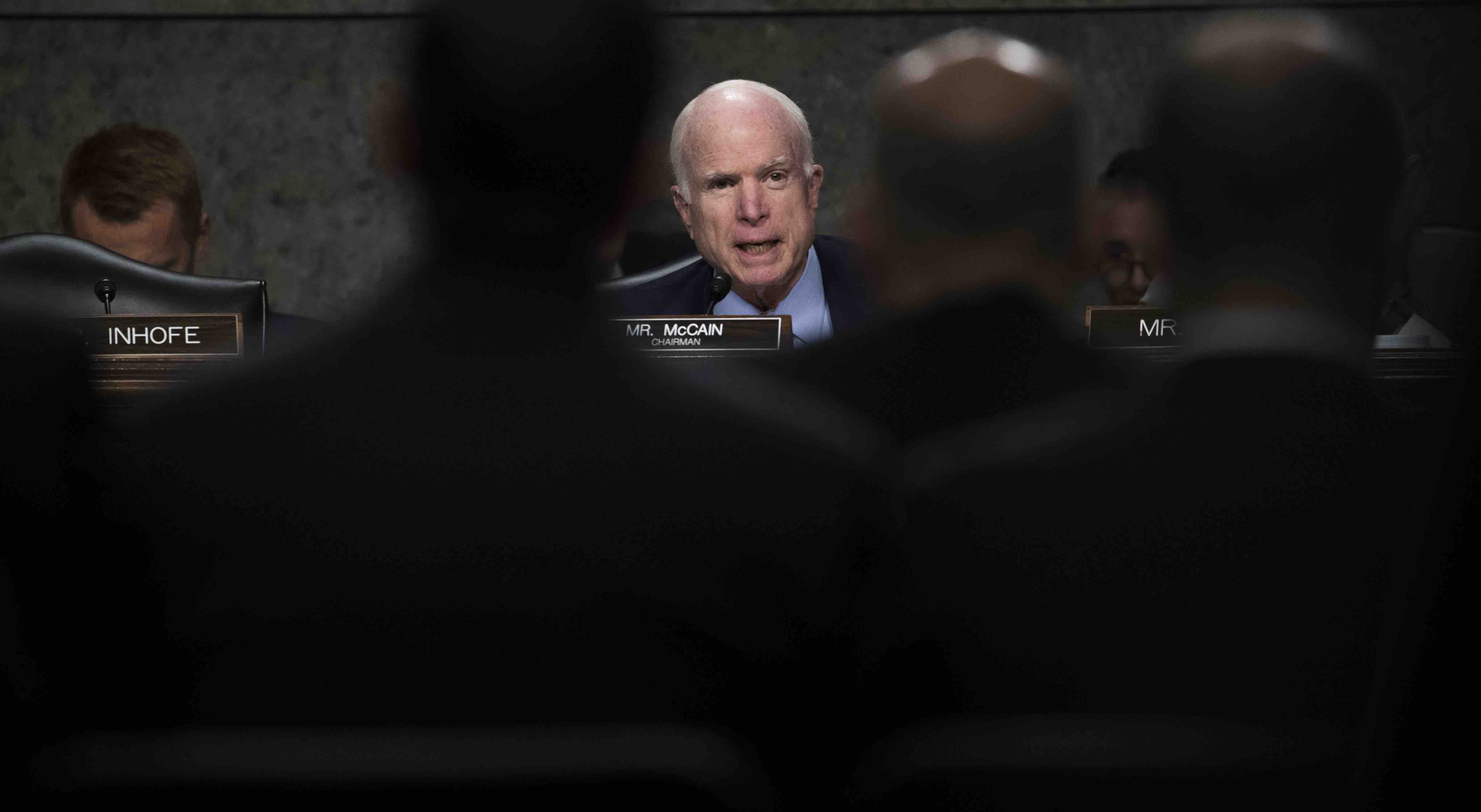 In my dictionary, a “hero” is 1) an illustrious warrior; 2) a man admired for his noble qualities; or 3) one who shows great courage. John McCain met all the criteria.

As a United States Navy pilot, McCain was daring to the point of recklessness, determined always to be in the thick of the fight. His conduct during a long and brutal captivity in Vietnam was the definition of nobility and courage.

His Senate career demonstrated courage of a different sort, as he staked out independent positions on issues ranging from immigration to torture to campaign finance.

In his final days, McCain was one of the few leaders of his party to directly challenge the Trump administration, calling for a restoration of civility in our politics, and integrity in our public life.

He didn’t get everything right, but the arc of his career was positive, and powerful.

The son and grandson of admirals, McCain was a mediocre performer at the Naval Academy and, according to some accounts, as a pilot – his flair was said to overshadow his skill. Nonetheless, had his captivity in Vietnam not intervened, McCain might well have become an admiral himself, and his career and demise would have been little noted.

Hanoi changed all that. McCain broke his arms and legs when he ejected from his plane late in 1967, and was brutalised on the spot by his captors. As a prisoner, McCain was tortured repeatedly. He rebuffed North Vietnamese efforts to gain propaganda points by granting him an early release or preferential treatment. (His father by this time was the Commander-in-Chief, Pacific, or CINCPAC.) McCain’s conduct infuriated his captors and led to still further abuse, including two full years in solitary confinement.

I met John McCain in Bangkok in 1994 while I was the US ambassador to Thailand. He was en route to Hanoi for talks with Vietnamese officials about the possibility of further steps towards normalisation of relations. We had a good visit, and we didn’t entirely agree – I believed we still needed further commitment from Hanoi to help in the fullest possible accounting of our missing men before full normalisation.

But McCain was ready to move on, and it was hard to argue the point with him. After all, McCain was McCain, and his views on that subject carried the weight of his personal experience.

Those of us who have never been in combat, much less enemy captivity, can only wonder how we might have responded to hardships of the kind McCain faced. Would I have defied my Hanoi jailers, knowing that only further pain would be my reward? Would I have kept faith with my comrades, as he did? Or might I have rationalised, somehow, my tormentors’ offer to send me home early?

Experiences such as John McCain’s are a great differentiator – some men and women stand on principle and act with honour in the face of suffering and danger. Others simply cannot. We want to think we would have acted heroically; we know that he did.

McCain came home in 1973 as a hero among heroes, and within a few years turned to politics. As a Senator, his determination to take on the tough problems seemed to mirror his approach as an aviator – he still wanted to be in the fight.

He was a solid Republican, but maintained an independent streak. As ranking Republican and later Chairman of the Senate Armed Services Committee, McCain was a tireless advocate for a strong American military anchored to strong alliances, including with Australia. He was regarded as a “hawk” on Iraq, but never an unreasonable ideologue on that or any other recent wars.

McCain often worked across the aisle with Democrats to achieve things he believed in: with Russ Feingold in a years-long effort to reform campaign finance; with the late Ted Kennedy to craft immigration reform legislation never passed, but a standard by which subsequent attempts are measured; and with John Kerry to speed up the restoration of diplomatic relations with Vietnam.

And McCain was a relentless opponent of torture, crafting legislation to outlaw it and consistently damning its use – up to and including in his strong opposition to Senate confirmation of the new CIA Director.

McCain lost a bitter presidential election in 2008, but he was fair and even-handed in his relationship with President Barack Obama. The two were never friends, but they respected each other.

Obama will eulogise McCain at his funeral, as will President George W. Bush. The current President will not be there.