The Kremlin may be tiring of the impasse in eastern Ukraine

In upping the ante, Putin might see a chance to break the deadlock while Europe is distracted and the US preoccupied. 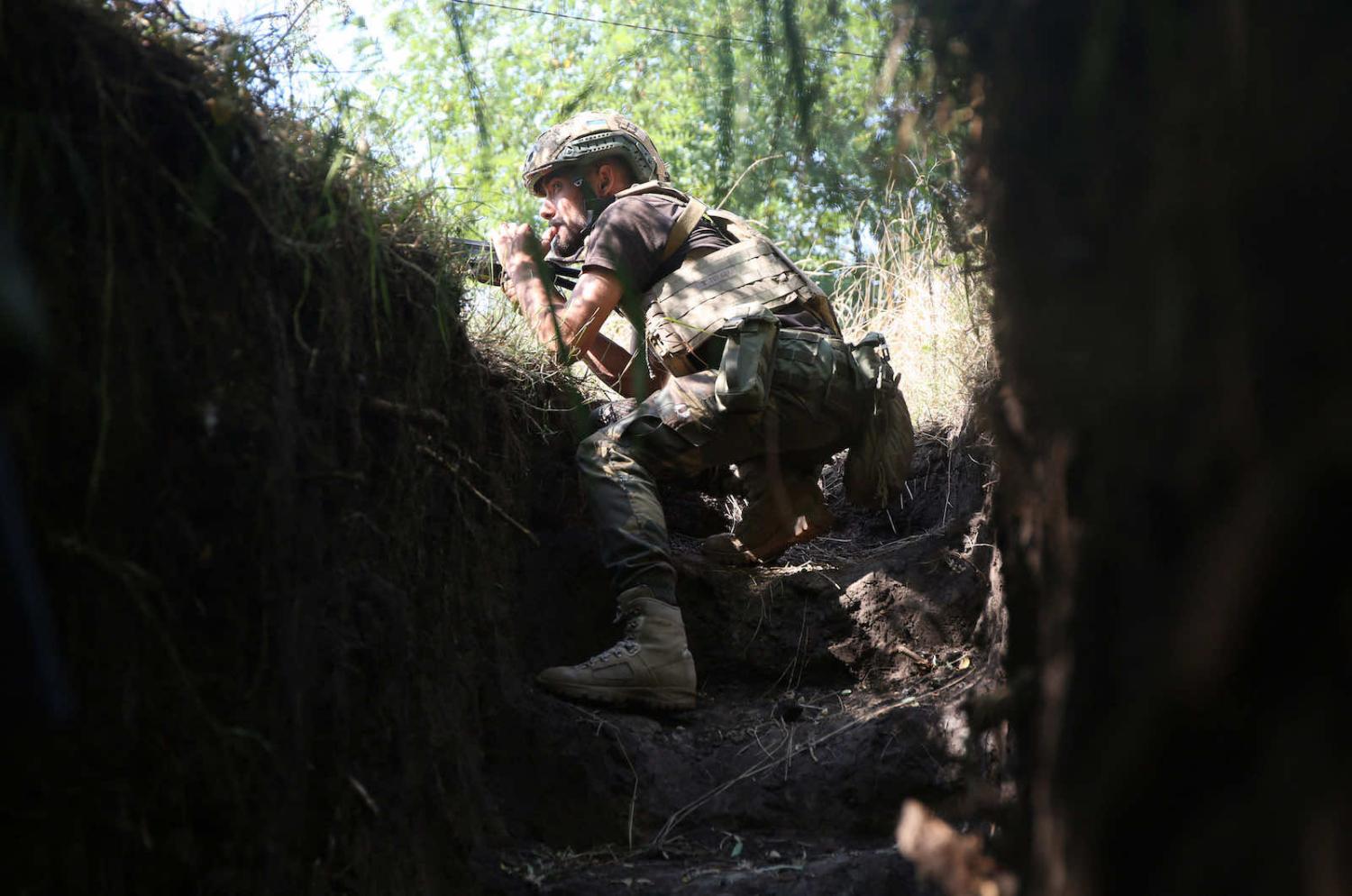 Reports this month of a sizeable recent build-up of Russian military forces around Ukraine’s borders have aroused fears in Kiev and Western capitals of impending Russian military action in Ukraine.

Emphasising Washington’s “serious concerns”, US Secretary of State Antony Blinken warned Moscow against making a “serious mistake” by repeating its 2014 aggression against Ukraine. The Kremlin, for its part, has denied any aggressive intent, and accused Ukraine and the West of inflammatory remarks and artificially whipping up tensions.

What’s Moscow up to? Is renewed Russian military intervention in Ukraine a real prospect? Or is it just another case of sabre-rattling?

The build-up of Russian forces is similar, and perhaps even larger, to those earlier this year. Disturbingly, though, it has been matched by bellicose rhetoric from the Kremlin.

In a lengthy and tendentious article in July, Russian President Vladimir Putin portrayed Ukraine as an inalienable part of Russia, lacking its own distinct identity or territory. And last month, the Russian leader asserted that Western-supported expansion of Ukraine’s military capabilities posed a serious threat to Russia’s security, comments amplified by other senior Russian officials.

The Kremlin may be tiring of the impasse in eastern Ukraine.

The reality is that Ukraine matters more to Russia than it does to the West.

For some time after 2014–15, Moscow seemed willing to tolerate the unresolved situation in eastern Ukraine, perhaps confident that time was on its side. While intent longer-term on bringing Ukraine back into its orbit, Russia was prepared to let the diplomatic process embodied in the Minsk Protocol run, especially if it offered the prospect of sanctions easing. Cynics in Moscow probably calculated that the festering conflict in eastern Ukraine, coupled with dysfunctional government in Kiev, would paralyze and weaken Ukraine.

But this has changed.

For one thing, Moscow may have given up on any prospect of working with Kiev. During the 2019 presidential election campaign, Ukraine’s Volodymyr Zelensky pledged to resolve the standoff with Moscow. But in office, he’s taken a harder line, and resisted any compromise with Moscow. Even though Zelensky’s administration is weak and unpopular, the Kremlin frets that Russia’s influence in Ukraine may be eroding longer-term.

Russia is also increasingly impatient with the stalled diplomatic process, sceptical that it can yield a meaningful outcome. Kyiv, correctly perceiving the 2015 Minsk agreement as loaded in Moscow’s favour, is unwilling to implement the required political devolution to the regions ­– without which Russia refuses to return control of Ukraine’s borders to Kiev. France and Germany, the key external parties involved, seem unable to exert effective influence on the process.

At the same time, Moscow is increasingly alarmed by growing US/European defence cooperation with Ukraine. The Kremlin has suggested that deepening military ties between Kiev and the United States and European NATO partners may cross a redline for Moscow.

It’s important to understand just how important Ukraine is to the Kremlin – and why Putin himself has tried repeatedly over the past 20 years to pull Kiev back firmly under Moscow’s wings.

Firstly, as Putin’s July article showed, the Russian ruling elite (like many Russians) simply do not see Ukraine as a separate country, but rather as inextricably part of Russia, regarding Ukraine as the historical heartland of the Russian state and Orthodox church.

Beyond perceptions of national identity (albeit laced with imperial nostalgia), Moscow also has serious geopolitical concerns at stake in Ukraine. The collapse of the USSR and expansion of NATO sharply reduced the strategic depth Russia has historically sought to maintain to its west. The Kremlin fears Kiev slipping into the West’s orbit, and indeed portrays Ukraine representing already a hostile instrument for the projection of Western power against Russia.

For the Kremlin, then, the current stalemate in eastern Ukraine cannot endure.

But why raise the ante now? Because Putin may sense a window of opportunity for Russia to break the deadlock.

Europe’s stark dependence on Russian gas potentially gives Moscow considerable leverage as winter approaches. Meanwhile, European governments are focused on countering a new Covid wave, and an upsurge in migrant arrivals (including pressure on the Belarus border).  Berlin is preoccupied with the post-Angela Merkel transition. And the Biden administration’s primary focus is on countering the growing challenge from China.

Russia’s intentions remain unclear. Is this all about coercive diplomacy: fostering unease and uncertainty, intended to undermine Zelensky and to warn off the West from deeper military engagement with Ukraine?

Or might it actually presage military action to break the deadlock – perhaps designed to create a land bridge between the separatist republics of Donetsk and Luhansk and annexed Crimea?

But whatever Russia does, don’t assume Putin will perceive and assess the risks and benefits involved in the way Western observers do.

The reality is that Ukraine matters more to Russia than it does to the West. And while US and European leaders have spoken of their “unwavering” and “ironclad” support for Ukrainian sovereignty and territorial integrity, the Kremlin will calculate this is most unlikely to go beyond more tough rhetoric and more sanctions.

Moscow can live with that.

Arguments that Australia can relax about not having a US ambassador put a brave face on what is a missed opportunity.
Sam Bateman 16 Jan 2017 17:02

Tillerson’s suggestion does not help the US politically in the region.