Afghanistan’s new government has a full deck of cards to play in the security concerns of regional neighbours. 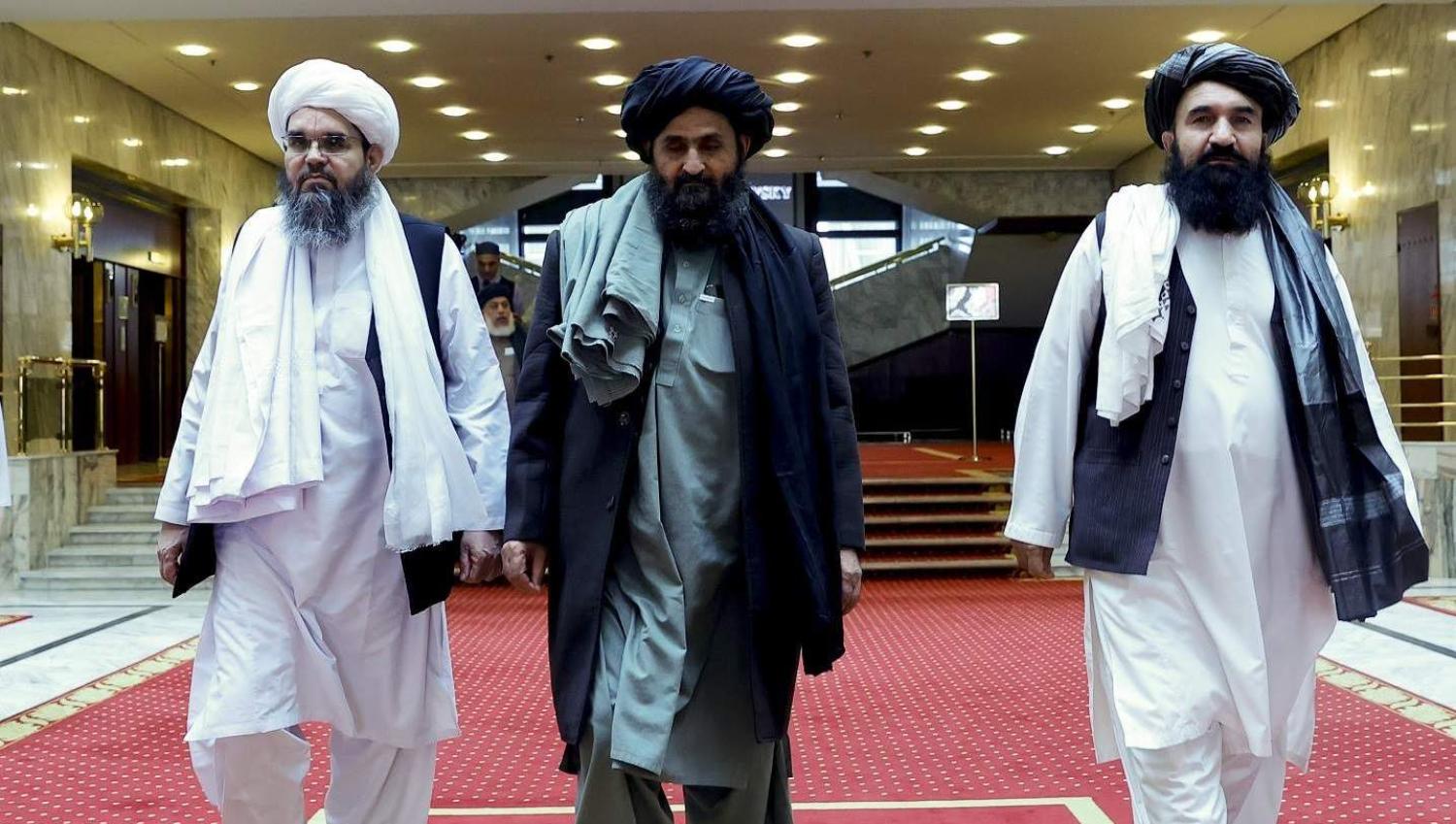 Under the 2020 Doha Agreement, the US withdrawal of forces from Afghanistan was conditional on Taliban security assurances that Afghan territory would not be used as a launch pad by al-Qaeda or Islamic State for attacks against the United States. Similar accords seeking security promises from the Taliban are now expected from other countries in the region. The Taliban have all the cards in their hand to exploit the concerns of these regional players about the threat of terrorism spilling over from Afghanistan. Sooner or later, countries including Russia, China, Pakistan and India will be left with no choice but to recognise the Taliban government in Afghanistan as a result of these security concerns.

Using the Islamic State card, the Taliban have the opportunity to win Moscow’s recognition, favour and defence cooperation.

Under its post-US Afghanistan strategy, Moscow plans to suppress the terrorist threats inside Afghanistan in order to prevent any spillover from the strife-torn country into Central Asian states. Hence, it is in the Kremlin’s security interest to support the Taliban and deepen its military ties with the group to check infiltration of Islamic States fighters into the wider region. Using the Islamic State card, the Taliban have the opportunity to win Moscow’s recognition, favour and defence cooperation.

For Pakistan, the Taliban can play the Tehreek-i-Taliban Pakistan (TTP) card, as the TTP or Pakistani Taliban still have the presence of about 6,000 trained fighters in Afghanistan according to a UN Security Council report released in June. The banned outfit has been involved in targeting Pakistan security forces, Chinese nationals and Chinese projects in Pakistan.

TTP terrorism across Pakistan was in full swing between 2007 and 2014, indiscriminately killing 80,000 Pakistanis including women, children and security personnel in hundreds of terrorist attacks. In December 2014, the Pakistan army launched the Zarb-e-Azb operation after the TTP attacked the Peshawar Army Public School in the country’s northwest and massacred 150 people including 130 school children. The group’s leaders and militants fled Pakistan and took refuge in Afghanistan where they have reorganised themselves.

The Pakistani government is currently holding talks with the TTP for a complete ceasefire and Taliban leaders are facilitating the talks. Pakistan President Arif Alvi said in an interview the Afghan Taliban have conveyed to Pakistan that they would allow the TTP to live in Afghanistan provided that the TTP cease its terrorist activity against Pakistan. Alvi also suggested that the Pakistani government could consider giving an amnesty to those TTP members who agree to adhere to the Constitution of Pakistan.

For China, the Taliban can play both the TTP and East Turkestan Islamic Movement (ETIM) cards. ETIM is a Uighur Islamic extremist group fighting for an independent state of East Turkestan, replacing Xinjiang in western China. The Taliban have already addressed China’s biggest concern about Uighur separatists, who had taken refuge in Afghanistan under the previous Taliban rule in the 1990s. The present Taliban leaders have assured China that they will no longer allow Uighur separatists or ETIM fighters to enter Afghanistan.

India is most worried about Kashmiri rebels, who it fears could be emboldened by the Taliban government in Kabul.

During a visit by a Taliban delegation to China in August, Islamabad and Beijing conveyed a clear message that the Afghan Taliban should completely break their ties with TTP and ETIM. The Taliban do not want to lose the TTP and ETIM cards; hence, they smartly conveyed to Islamabad that they would allow the TTP to live in Afghanistan, instead of breaking relations with the group. On the Taliban’s suggestion, Pakistan is considering giving amnesty to the banned TTP. Will China do the same with Uighur separatists or ETIM? The Taliban’s ETIM and TTP cards continue to put China and Pakistan under pressure.

For India, the Taliban have the jihadist card. India is concerned about infiltration of jihadist fighters into India-controlled Kashmir. It is most worried about Kashmiri rebels, who it fears could be emboldened by the Taliban government in Kabul. India has associated a surge in attacks on Indian security forces by Kashmiri insurgents with the Taliban takeover of Kabul. India’s military chief of staff General MM Naravane raised his concerns and reportedly said, “What we can say and learn from the past is that when the previous Taliban regime was in power, that time definitely we had foreign terrorists of Afghan origin in Jammu and Kashmir.”

Previous Article
Opportunity lost: Australia’s Antarctic aerodrome cancelled
Next Article
The Kremlin may be tiring of the impasse in eastern Ukraine

​​​​​​​A profit-free corner of the internet is going through a rapid and controversial process of privatisation.
Gary Hogan 1 Nov 2016 16:38

Finding common ground in the Australia-Indonesia bilateral relationship is getting easier these days, driven by two shared strategic realities: China is coming; and the US is going.
Malcolm Cook 26 Jul 2018 12:30