Afghanistan: To leave or not to leave

Under the Doha deal, US forces are meant to be out of the country in mere weeks. Either way, peace appears far off. 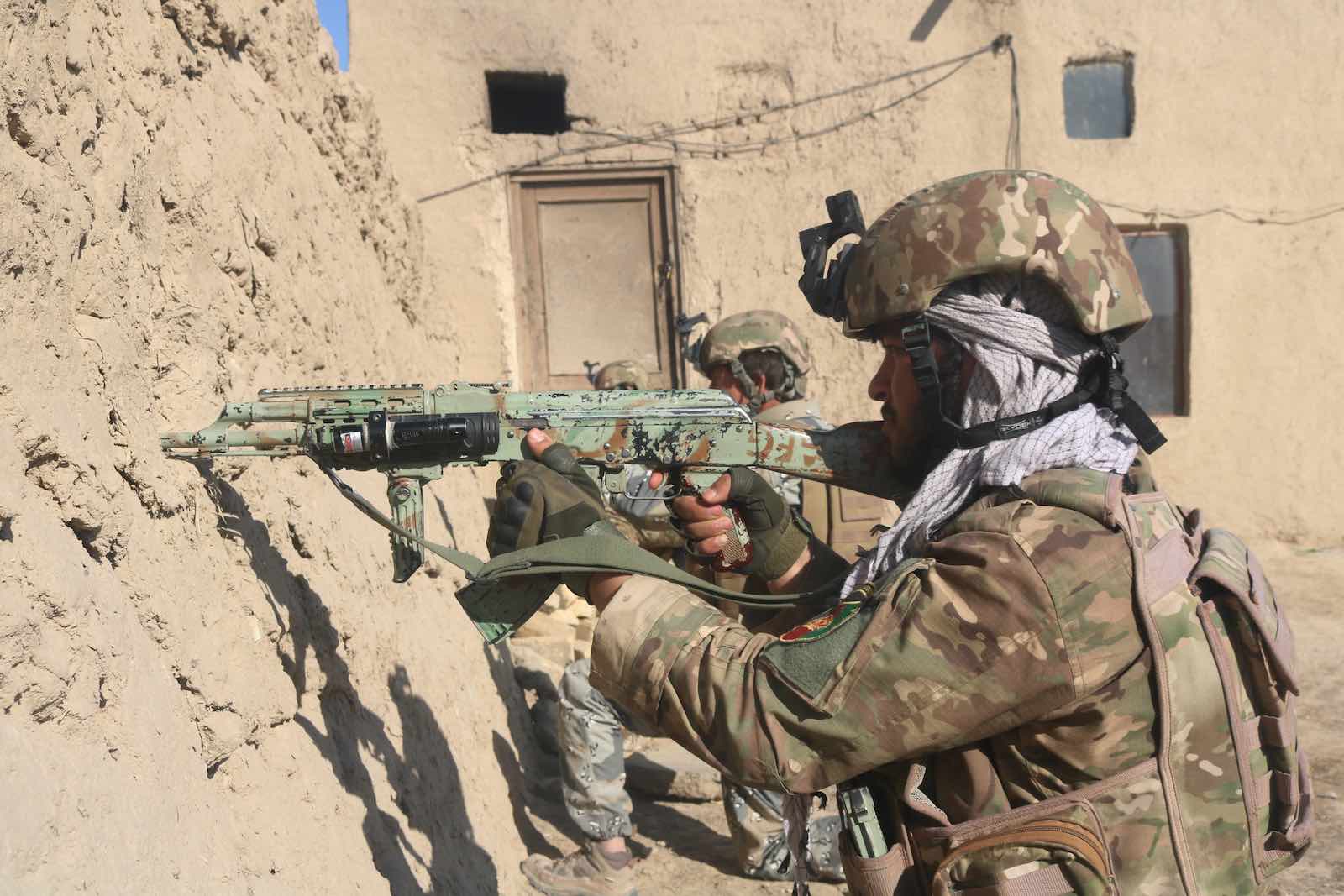 The peace agreement between the United States and Taliban signed in Doha last February is likely to be scrapped if the US and North Atlantic Treaty Organisation unilaterally decide to stay in Afghanistan beyond 1 May, the withdrawal deadline set in the agreement.

With a presence of around 10,000 troops, including a remaining 2500 American troops, the 30-nation NATO has indicated it is likely to continue its mission training Afghan security forces in Afghanistan. Last week, NATO Secretary-General Jens Stoltenberg announced that member state defence ministers have deferred their decision on troop withdrawal. “Our presence in Afghanistan is condition-based, and the Taliban has to meet their commitments,” he said.

Many NATO member countries have publicly expressed reservations about the deadline, with some in favour of prolonging their stay.

Stoltenberg added, “We will only leave when the time is right, and the focus now is on how we can support the peace talks.”

US President Joe Biden’s administration is currently reviewing the terms of the Doha accord. In a report released earlier this month, the Afghanistan Study Group, established by the US Congress, recommended extending the deadline, noting that withdrawal should not be based on an inflexible timeline but on fulfillment of commitments to peace by all parties, and the US should not simply hand a victory to the Taliban.

Consultation with the Taliban around extending the 1 May deadline is the only likely way to salvage the peace process.

The Taliban has already warned the US-led forces against extending their presence and demanded they stick to the Doha agreement. Any unilateral decision by the US and NATO could escalate tensions and restart conflict with the Taliban, derailing the already fragile peace process in the country. The agreement includes commitments by the Taliban to prevent al-Qaeda and other groups from  “using the soil of Afghanistan to threaten the security of the United States and its allies”, as well as to join the so-called intra-Afghan dialogue with the government of Afghanistan.

Taliban spokesman Zabiullah Mujahid said, “No doubt that if the Doha deal is not implemented there will be consequences, and the blame will be upon that side which does not honour the deal.”

A unilateral extension would strengthen the hand of spoilers inside the Taliban who have long sought to expel foreign forces from Afghanistan. “Our expectations are also that NATO will think to end this war and avoid more excuses for prolonging the war in Afghanistan,” Mujahid said.

Consultation with the Taliban around extending the 1 May deadline is therefore the only likely way to salvage the peace process. Pakistan’s Prime Minister Imran Khan has urged US officials to consult the Taliban before deciding whether to maintain its presence for longer, noting that “to present this [troop extension] as a fait accompli, I think, will only create difficulty.” Pakistan was a primary facilitator of the US-Taliban negotiations that led to the agreement.

It took almost two years to reach the deal, after 18 years of fighting failed to bring peace to the country. Former US president Donald Trump was primarily concerned with the political mileage to be gained from bringing troops back home, clinching an exit deal rather a genuine peace deal with the Taliban. Political settlement of the Afghan issue was of little concern to the Trump administration. The Afghan government had no role in finalising the terms of the Doha deal with the Taliban, and it has welcomed the review by the Biden administration.

Following a conversation with Afghan President Ashraf Ghani last week, the US Secretary of State Antony Blinken reiterated US support for a peace deal that includes “a just and durable political settlement and permanent and comprehensive ceasefire”.

So while the Biden administration may look to revise the deal, it also wants to end the war in Afghanistan. Any unilateral step by either party would be a violation of the agreement. Taking steps to consult the Taliban, rather breaching the accord, would be in the best interest of peace in Afghanistan. There may be many questions to raise over the Doha deal, but there is no denying the fact that there is no military solution to the Afghan problem.