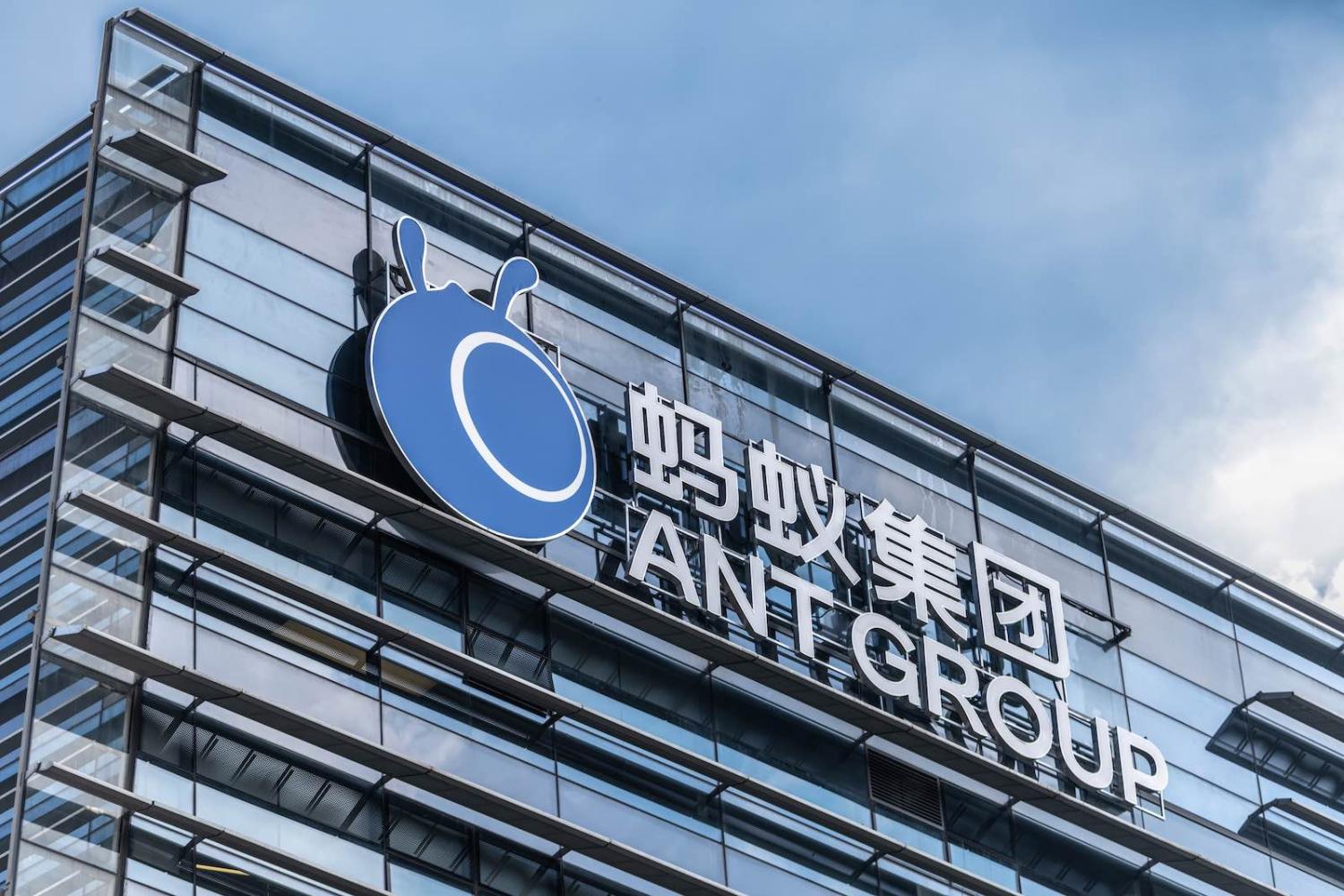 When the last of the big four state-owned Chinese banks listed a decade ago, one could be forgiven for thinking that the age of mega Chinese financial listings was over. After all, with financial services being such a strategic sector for the Chinese Communist Party, who would have thought that the state’s stranglehold over banking and finance could ever be challenged?

The planned listing of Ant Group explodes that myth and reflects the massive changes which the financial landscape has seen over the past decade or so. Ant Group – a scion of Jack Ma, China’s leading tech entrepreneur – is looking to raise up to US$35 billion in a dual listing in Hong Kong and in Shanghai. If all goes to plan, it will be the largest private company listing ever and the second multi-tens of billions listing for Ma.

Depending on the listing price, the company could be valued as high as $250–300 billion, which would make it more valuable than even the largest Chinese SOE Bank, ICBC, and possibly even larger than JPMorgan, currently the world’s largest bank.

Yet for all the likely superlatives, Ant Group may find itself in the middle of a geopolitical firestorm, with its ability to expand overseas severely curtailed almost as soon as it lists. Foreign and domestic investor demand will be strong for the company, but Ant is certainly one of the next-in-line Chinese companies coming up for greater scrutiny not just from the United States. If TikTok, Huawei and WeChat are being targeted, only the most optimistic or naive would think that Ant could avoid the same issues.

Tech giants around the world love to think they are somehow beyond regulation, but they should not be.

Ant Group, previously called Ant Financial, was the rebranding of Alipay, the third-party payments provider of Ma’s Alibaba platform. Founded in 2004, it has been the beneficiary of numerous global trends which have best been expressed in China as the country experienced it golden years of growth. Ant sits at the nexus of electronic payments and mobile connectivity, private enterprise and stealth liberalisation of finance (stealth in that the liberalisation of interest rates in China happens not by changing the rates at the banks, but by allowing the growth of unregulated wealth-management products, which was all about private companies and business). The company ranges over four main areas of financial services: asset management, lending, online payments and insurance.

Tapping into the ever-growing number of private companies using the Alibaba platform, it was able to pool the cash balances in each account into what became China’s largest money market fund. With deposit rates being administratively set, and well below what private borrowers were prepared to pay, companies and individuals poured money in, getting more flexible terms and better rates than at their bank. This trend was seen in the explosion of wealth-management products over the past decade in China. The state banking system was never designed to address the needs of the private sector, only the SOE sector, so Alibaba/Ant had a ready and underserviced client base on its platform. Their use of buyer and seller data on their platform then could be leveraged to understand the credit profile of its users, which led naturally onto lending.

China’s lack of fixed line connectivity and a highly inefficient payments framework, where credit cards weren’t accepted, nor cheques issued, allowed it to leapfrog the developed markets when it came to mobile connectivity. That has led many an investor and tech entrepreneur to look enviously at China’s integrated apps and mobile services, which see almost all activity being routed or paid for via mobile phone. Alibaba, along with Tencent (WeChat) have been at the forefront of those developments.

While certainly not state-owned in the traditional sense (although a number of state owned groups did invest in earlier fundraising rounds), it would also be wrong to think of these companies as independent of the party-state. Ma is a party member and has made no qualms about how his companies are there to serve the party, and by extension the country. The dominant position of these companies means that they are central to the government’s roll-out of health tracking during the Covid-19 pandemic and the government’s broader push for micro-surveillance of literally everyone and everything within the country, and worryingly beyond.

At best, Alipay becomes just one of many firms in a competitive space, but subject to greater scrutiny.

For all Ant’s real successes, there are also headwinds both domestically and overseas. As a financial group, it is only proper that it is regulated as such. Tech giants around the world love to think they are somehow beyond regulation, but they should not be.

As Ant grows and expands, it will see more of its business coming under the financial regulators’ oversight. At present, less than 5% of its revenues come from outside China, but growing that may prove highly problematic for two reasons. First, the rest of the world just doesn’t have the same mobile connectivity China has; the development path was very different. Existing banking and credit card services already provide a very convenient way for many to pay, and with growing competition from cryptocurrencies and other non-traditional banking players, there simply isn’t a compelling need to switch to Alipay. At best, Alipay becomes just one of many firms in a competitive space, but subject to greater scrutiny.

Second, and more problematically, is the broader decoupling and heightened concern around Chinese corporates’ investment and data collection. Australia has taken an active role in looking to counter Chinese state interference in its domestic affairs, and clearly tech plays a part in that. If you’re worried about the role of Huawei in your communications network, how can you not be worried about Ant’s involvement in your financial and payments network?

Ma has built a series of incredible companies, but ones which are highly suited to China and its blurred divisions between state and private enterprise. They skipped past the developed markets when it comes to connectivity, but none so far have shown their ability to integrate themselves into overseas markets as they have done at home. Looking ahead, that challenge has become even harder in a world which is highly concerned at Xi Jinping’s new empire-building.

Previous Article
Changing the narrative of climate change
Next Article
A third aircraft carrier for India: Budget versus necessity

The US withdrawal was telegraphed months beforehand, but the speed of the Taliban advance still came as a shock.
Erin Hurley 16 Dec 2020 12:00

A Black female protagonist elevates the genre to show how intelligence professionals live with their choices.
Sophie Raynor 2 Sep 2019 16:00