Countries banding together in a multilateral response to great-power competition seems to be on the way up. 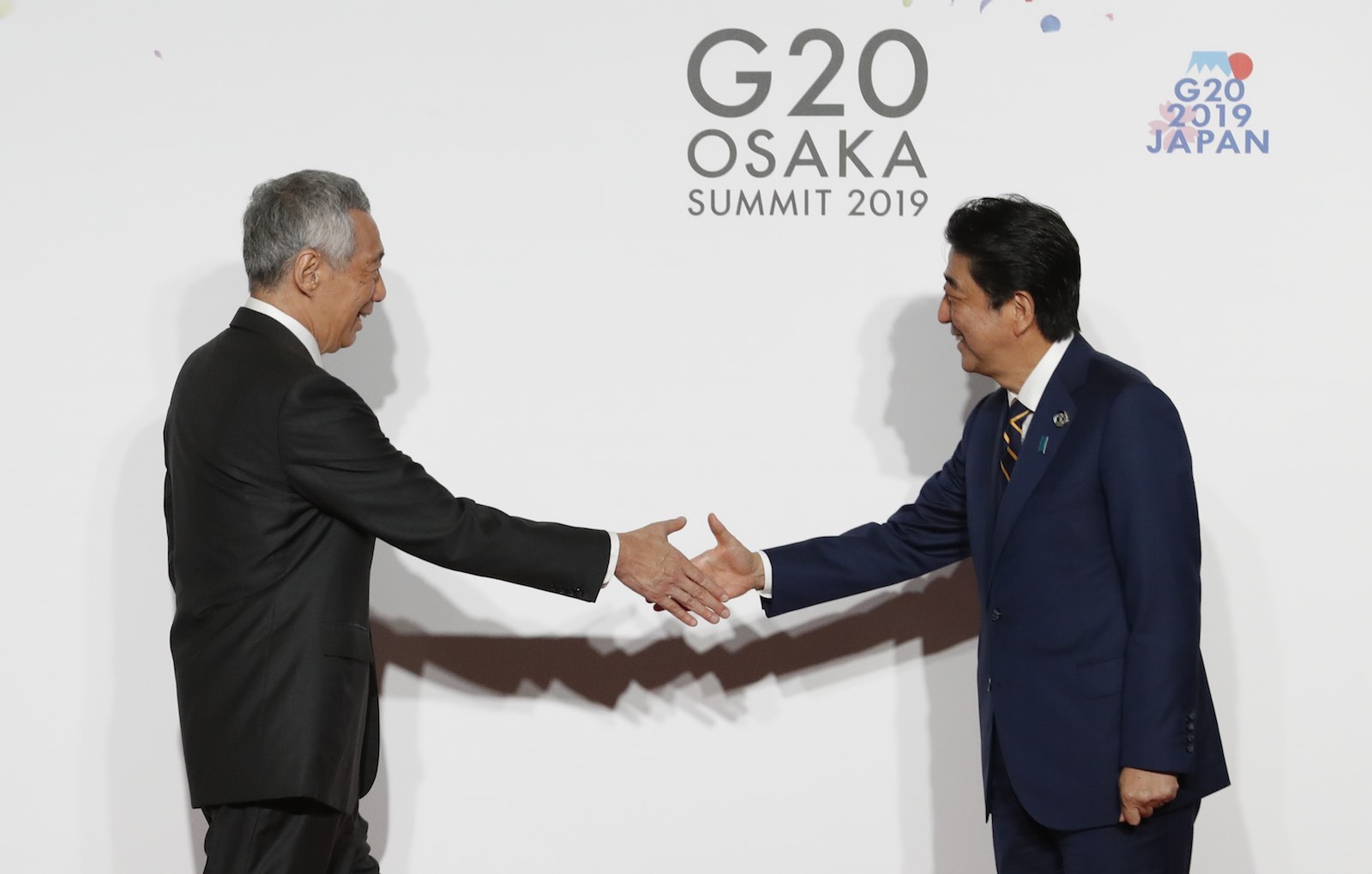 “Small states like Singapore can do little to influence the big powers, but we are not entirely without agency.” When Lee Hsien Loong delivered his keynote at the Shangri-La Dialogue back in June, his pragmatism over great-power competition surprised many (some more pleasantly than others). But what didn’t garner much attention was his expression of hope for a multilateral response.

“We need to build a broader regional and international architecture of cooperation. When groups of countries deepen their economic cooperation, they will enhance not just their shared prosperity but also their collective security.”

New data from the 2019 Asia Power Index backs Lee’s sense that multilateralism between second-tier powers is the way forward. The Asia Power Index compares the relative power of 25 countries across 126 indicators of power (for a rundown of the results, read here). But the overall power ranking only tells part of the story. A closer look at the results reveals – quantitatively – how effective middle powers are at rebalancing regional power dynamics by banding together, forming a critical part of the strategic equation.

The Index assesses not only what a country has (its resources) but also what it does with what it has (its influence). A secondary analysis, called the Power Gap, charts whether a country is an overachiever – with outsized influence compared to its resources – or an underachiever, where influence falls short.

The results are telling: middle powers in Asia top the Power Gap’s list of overachievers.

Having repeated this exercise twice, it's apparent that Japan (admittedly a “major” power according to our results), South Korea, Malaysia, Thailand, Vietnam, and Indonesia are all on course to continue overachieving in the future, after seeing a rise in their Power Gap scores between the 2018 and 2019 Index results.

The Index’s overachievers have one key approach in common: they have deliberately invested in establishing deep ties with like-minded countries in order to bolster their overall power. And the benefits of this middle power cooperation is evident across the Index.

Asia’s middle powers lead the way in forging trade agreements with other Asian partners. With 15, Singapore under Lee’s stewardship enjoys the most regional free-trade agreements, followed by Malaysia, Japan, Australia, and New Zealand.

Middle-power solidarity is playing out on subtler fronts as well.

But, more significantly, Japan, the greatest overachiever in the Power Gap for a second year running, played a pivotal role in getting the TPP-11 agreement over the line. This move has taken on new strategic significance as economic dependencies are increasingly being weaponised by the two superpowers. Amid spiralling trade tensions, an Asia without the TPP-11 would be entirely at the mercy of a fickle US president and caught in a growing geo-economic dependency trap with the largest economic player, China.

Middle-power solidarity is playing out on subtler fronts as well. New data on UN voting patterns tracks how often any two countries are aligned in their votes on resolutions at the UN General Assembly. The data reveals that in 2018, middle powers largely ignored the voting preferences of superpowers US and China in favour of banding together with minor and middle powers. South Korea, Australia, Singapore, Malaysia, Thailand, Indonesia, Vietnam, Pakistan, and the Philippines all failed to register either the US or China as one of their top three voting partners among regional players, preferring to align with smaller Asian players instead.

Furthermore, a qualitative assessment by experts puts Singapore, Australia, New Zealand, and Japan as having the most effective foreign-policy bureaucracies in the region, in that order. When it comes to defence diplomacy, Singapore is only second to the US for the number of joint training exercises it has undertaken in the region, completing an estimated 375 between 2013 and 2017. Australia, Malaysia, and Japan follow close suit.

The benefits of banding together become apparent when contrasted with ostracism of Taiwan. Following a persistent campaign by Beijing, Taiwan’s diplomatic recognition has waned globally, losing five partners since 2016 and with prospects of the Solomon Islands going next. Without UN membership, it is systematically omitted from global international databases, despite having a population size nearly on par with Australia’s and an economy akin to Thailand’s.

It’s no coincidence that Taiwan is the only Index player to register a downward shift in its overall power score, despite attempts to bolster regional ties with its New Southbound Policy. Furthermore, it falls into the bottom three in the Power Gap, standing out as one of Asia’s greatest underachievers. Unlike other middle powers in the region, Taiwan is unable to benefit from regional groupings like ASEAN, which, while often lamented, proves that a fragmented voice is a voice nonetheless.

China’s geopolitical revisionism in its territorial disputes and the US’s economic revisionism in the global trading order has cast other strategic actors into the shadows. While the US maintains its decades-held leadership of multilateralism, there’s a growing tension between this role and its “America First” foreign policy. Meanwhile, the support for multilateral avenues by second-tier powers is evident in actions as much as words, with economic, military, and diplomatic cooperation on the rise. And their position as overachievers demonstrates, in numbers, how effective the middle-power strategy of banding together can be.

In short, the Asia Power Index makes a data-backed argument in favour of multilateralism. And middle-power collaboration will only be strengthened as great-power relations heat up. The question remains as to how durable these partnerships will be. Second-tier players need to be careful that short-term interests don’t drive wedges between them, creating obstacles for their common long-term goals.