Never too late to get the kids off Nauru

Australia is overdue to respond to the deterioration of the mental and physical health of refugee children on Nauru.

Over the past six years, we have witnessed the steady, if not accelerating, deterioration of the mental and physical health of refugee children on Nauru. Their suffering has been described by medical experts as worse than they have seen in war zones or refugee camps around the world.

It is long overdue to bring these children and their families to Australia for urgent care, and to provide them with safe and durable protection.

The Australian parliament finally seems to be on the brink of action. The stakes are too high to lose this opportunity.

After years of consistent, credible medical evidence documenting the severe psychological and physical effects of offshore processing, the Australian parliament finally seems to be on the brink of action. The stakes are too high to lose this opportunity.

Refugee children as young as seven have displayed suicidal behaviour. Many have been exposed to physical and sexual abuse, and have engaged in acts of self-harm. With no hopes for the future, they are showing signs of traumatic withdrawal (or resignation) syndrome, progressively withdrawing from social interactions and activities. Recently, a refugee child suffering from the most extreme form of this syndrome was evacuated from Nauru – unconscious, having gradually stopped speaking, eating, and drinking.

Expert reports from doctors, human rights experts, UN agencies and parliamentary inquiries over years have consistently found that refugees and people seeking asylum on Nauru are living in sub-standard conditions, in violation of their human rights. The cumulative rate of mental illness on both Nauru and Manus Island is more than 80% – one of the highest rates ever measured. Many refugees have been traumatised more by the hopeless conditions they have experienced on Nauru than by the trauma occasioned by the persecutors they fled.

The UN Convention on the Rights of the Child, the most widely ratified international human rights treaty in the world, calls for children’s best interests to be a primary consideration in all government decisions concerning them. All children have a right an adequate standard of living, the highest attainable standard of health, medical care, education, and protection from violence. Ensuring we provide for children’s best interests is not a choice, but an obligation – just as ensuring that no one is subjected to cruel, inhuman or degrading treatment is not only morally correct, but a fundamental legal duty.

While Australian political focus now is on refugee children and their families, there remain many others in similar circumstances who urgently require sustainable, dignified solutions. As the UN refugee agency, UNHCR, has noted, the desperate situation faced by others on Nauru and Manus Island is now so extreme that the evacuation of only some people may heighten the despair and mental health issues of those left behind.

The political bargaining going on about a lifetime ban on travel to Australia for refugees resettled from Nauru in New Zealand is mean and unnecessary. It discriminates against different cohorts of refugees, contrary to international law, and may also infringe upon families’ right to be together. Under the Trans-Tasman Agreement, New Zealanders can visit and remain in Australia without the usual visa requirements. New Zealand has already indicated that it will not create second-class citizens by refusing this opportunity to refugees who become naturalised, so Australia’s power to enforce this ban remains to be seen. Indeed, unilateral enforcement would violate the terms of Australia’s agreement with New Zealand.

It is understandable why, for pragmatic reasons, MPs are prepared to cave to the government’s intransigence on this issue. But it means that the humane and principled thing to do once again comes at the cost of an unseemly compromise.

Australia has abrogated many of its commitments to those on the move in search of protection. Bringing refugee children and their families to Australia, and accepting New Zealand’s resettlement offer, are two steps the government could take to start righting the wrongs. 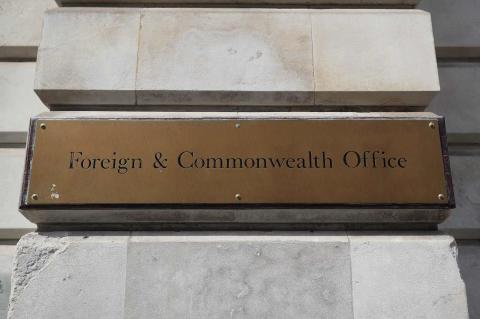