France wants to get serious about the future. But its method may prove counterproductive. 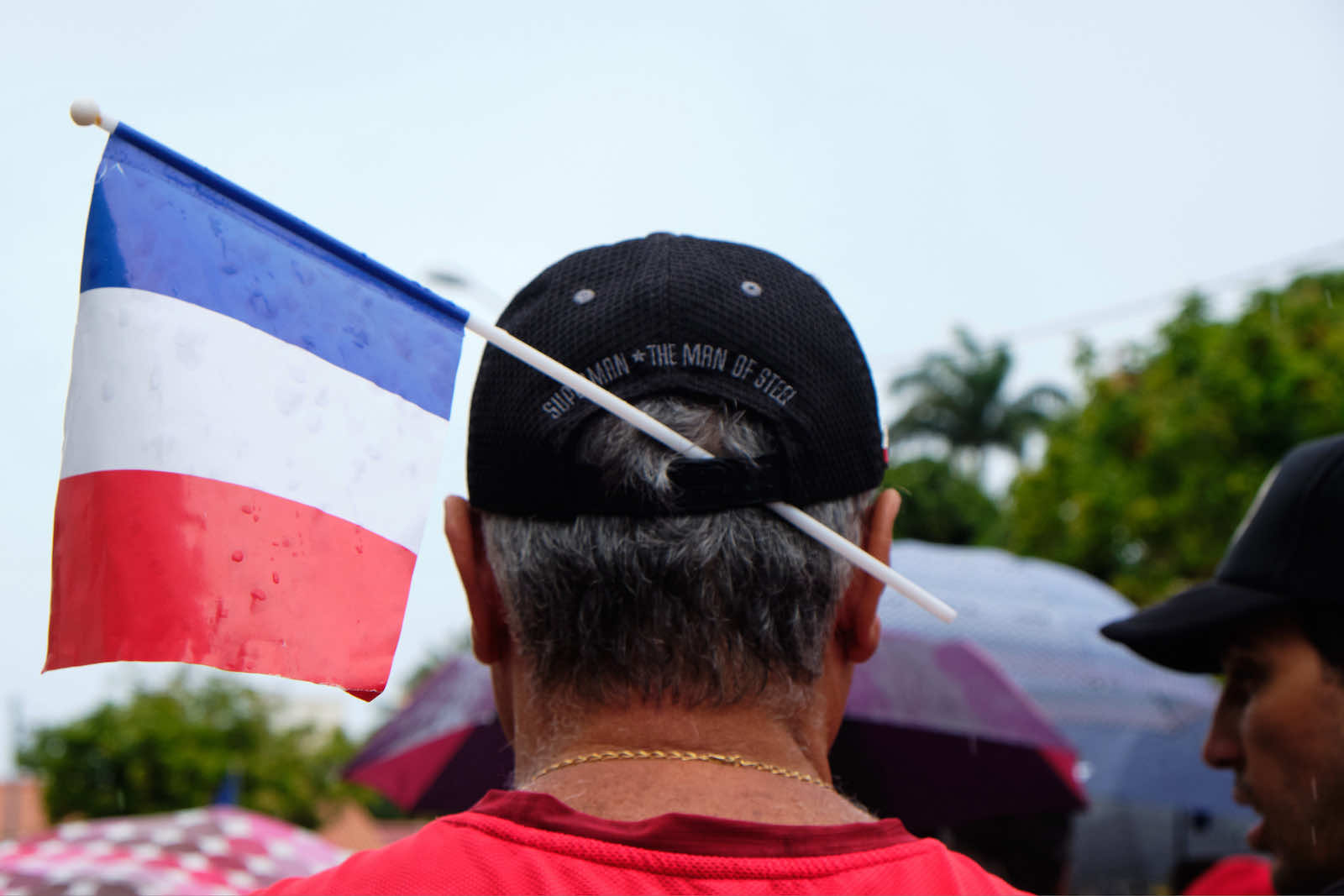 A man wears a French flag in his cap during the “March for Freedom” demonstration called by pro-France parties in Noumea in December 2020 (Getty Images)
Published 26 May 2021 13:00   0 Comments

France is showing signs of frustration as it exerts all efforts to underline the real consequences of independence for those long-standing New Caledonian residents who will vote in a third and final referendum before the 1998 Noumea Accord ends next year.

French Minister for Overseas Territories Sebastian Lecornu has invited selected political leaders to Paris for talks from 26 May to 3 June, focused on the timing and implications of the third vote, which follows referendums in 2018 and 2020. The principal subject of discussion in Paris will be a confidential paper drafted by France on the implications of a “yes” vote to independence, reportedly setting out in stark detail likely consequences, including withdrawal of French funding, defence, justice, and law and order personnel; the potential effect on nationality rights; the end of the French Pacific currency; and the need to negotiate trade treaties. It posits a departure of at least 10,000 French nationals as French administrators would be withdrawn, along with their funding.

There has been little publicity of the consequences of a “no” vote, in which case significant governance issues still need to be resolved with the expiration of the Noumea Accord.

The talks follow on the heels of a survey commissioned by France showing that 94% of New Caledonians saw links with France as important, even indispensable, particularly for security, education, justice and financial transfers. The survey suggested a mere 31% favoured independence (and reportedly they, too, favoured some kind of links with France), with 43% opposing it. The poll indicated up to 30% could potentially leave the territory if it became independent.

These latest developments are compounded by signs of French government frustration at the inability of independence parties to agree on a leader in the local government.

Similar surveys before previous referendums have been way off the mark, with questionable margins of error. This one is based on a population sample broader than those eligible to vote in a referendum (confined only to residents of 20 years standing to 2014), and its results contrast with those of the first two referendums held so far, when 43.3% supported independence in 2018 and 47.6% in 2020. In both cases, the independence vote was dominated by the indigenous Kanak people.

While it is understandable that France wants to get serious discussion going on the future beyond 2022, whatever the outcome of the final vote, its method may prove counterproductive. The basis for participation has been unclear. Lecornu specifically ruled out using the Committee of Noumea Accord Signatories, the usual framework for such discussions, but one which has become unworkable as it constantly added leaders of any newly emerged political party.

Lecornu has referred to the Leprédour formula, named after talks he convened on Leprédour island just after the second referendum in 2020. This involved five independence and five pro-France leaders, although some independence elements withdrew at the time. Unsurprisingly, this time two different independence leaders, Paul Neaoutyine and Victor Tutugoro, have declined to participate, claiming the agenda was too fluid. Meanwhile leaders of two new small parties (Générations NC and l’Eveil océanien) are going to Paris, potentially distorting representation.

This leaves a situation where both the participation and the agenda for these vital talks on the future seem to be skewed towards pro-France elements, raising questions about the impartiality of the process. It could also provoke unhelpful counter-reactions from the pro-independence side.

These latest developments are compounded by signs of French government frustration at the inability of independence parties to agree on a leader in the local government. The five five-year local elections since 1999 under Noumea Accord provisions have seen an overall increase in independence party representation and diminution in that of the majority pro-France parties. As indicated, independence leaders achieved relatively strong support for independence in the first independence referendum in 2018, which they increased in the October 2020 second referendum. Since then, some independence leaders weighed in on the sale of a major nickel project, through protest and violence, and ultimately forced a modification to the sale.

In February 2021, independence leaders managed for the first time to secure a majority in the local cabinet, only to be unable to agree on a President in three votes since then, stymying local government operations. Because a caretaker cabinet has been operating, with limited powers, in March France had to step in to rescue and administer the budget. On 19 May, as the Paris meeting loomed, France replaced its highest representative in Noumea, appointing a senior internal affairs professional with impressive overseas territory experience in Guyane and Mayotte, but none in the South Pacific, a surprising move at a delicate time of preparation for the final vote. Lecornu himself is new to the Overseas Territories portfolio, having been appointed only in July 2020.

Indicative of French frustration is Lecornu’s recent affirmation that France will do its duty and convene a third referendum “no matter who comes” for discussions. For the sake of stability in New Caledonia, and arguably more broadly in the region, it is to be hoped that France can summon further resourcefulness and patience to oversee, with impartiality, an early consensual approach to the future, beyond what has already been a long, complex and innovative process.

Show Comments
Previous Article
Myanmar is not the next Syria
Next Article
Fiji: Cannabis should be high on the government’s agenda