Leaving the treaty would allow the US to quickly build up regional arsenal of new nuclear weapons to challenge China. 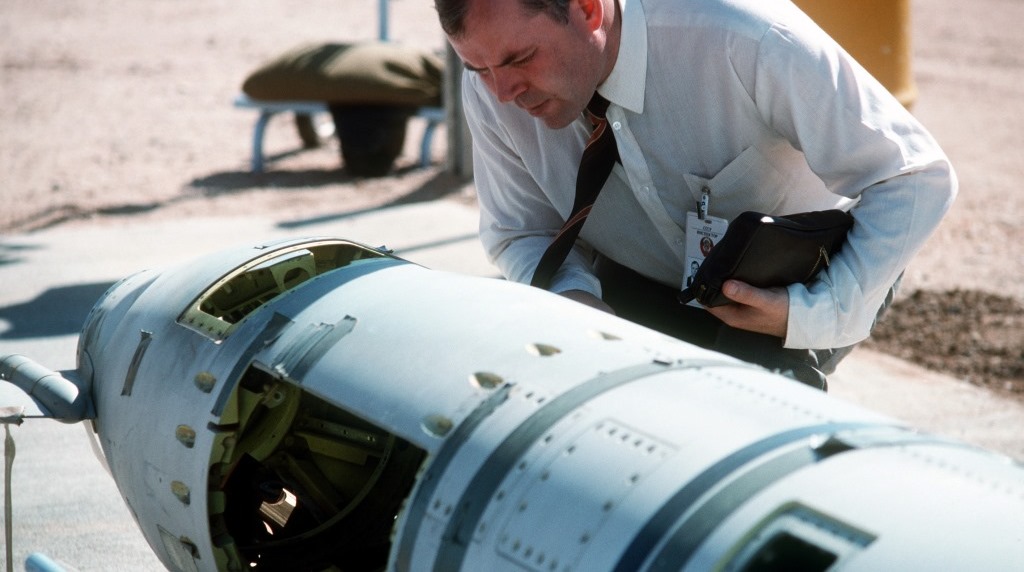 Washington intends to begin withdrawing from the landmark 1987 Intermediate-Range Nuclear Forces (INF) Treaty early next month. President Trump indicated late last year that the US is pulling out because “they’ve (Russia) been violating it for many years.” The concern for Australia is that demise of the treaty could foreshadow a new arms race in the Pacific.

China was not party to the treaty, allowing it to gradually build up a formidable land-based arsenal of 2000 intermediate-range ballistic and cruise missiles as part of its wider military modernisation.

On 4 December 2018, Washington gave Russia a 60-day deadline – which ends on 2 February – to dismantle the missiles it claims breach the agreement or the US would begin the six-month process of formally withdrawing from the treaty. On 2 February, in the absence of a Russian backdown, the US will presumably issue a formal notice of withdrawal.

Both the US and Russia have alleged treaty violations by the other party.

In 2008, the US accused Russia of violating the treaty by testing the SSC-8 (9M729) ground-launched cruise missile. The accusation was brought up again in 2014 and 2017. According to US officials, two Russian missile battalions equipped with the SSC-8 are deployed in violation of the treaty. Each battalion consists of four launchers; each launcher has six cruise missiles with nuclear warheads. The US claims the SSC-8’s maximum range is 2500km. On 23 January, Russian artillery chief Mikhail Matveevsky told a briefing that the 9M729's maximum range is 480km.

For its part, Russia accuses the US of violating the treaty since 2016 by having launchers for the Aegis Ashore missile defence system in Romania, and in Poland from 2020. Russia claims these launchers could be used for Tomahawk cruise missiles in violation of the INF Treaty. Russia further claims that US deployment of long-range armed drones such as the MQ-9 Reaper violates the INF Treaty.

Russian President Vladimir Putin has said that if Washington moves to place more missiles in Europe after scrapping the deal, Russia would respond in kind, and warned that any European countries agreeing to host US missiles would be at risk of Russian attack.

NATO and the EU are understandably nervous about the termination of the treaty, but President Trump seems less bothered about the possibility of a future Russian nuclear-armed intermediate-range missile threat to Europe than he is about China’s ability to threaten US hegemony in the Pacific.

Russia is less concerned about China’s growing military capabilities and does not want to be the first one to walk away from a cornerstone arms agreement. It would, however, be much cheaper for Russia to build new intermediate-range missiles to counter China than build long-range bombers, which it would currently have to do under the constraints of the INF Treaty.

Despite concerns expressed in the West about “the rise of Russia”, it should be remembered that Russia’s GDP is not a lot more than Australia’s and about the same as that of Texas. Russia can't afford an arms race with the US or to counter China’s growing military capabilities.

Leaving the INF Treaty would thus allow the US to comfortably outspend Beijing and quickly build up a formidable regional arsenal of new weapons to challenge China. Their deployment would undoubtedly have implications for US allies in Asia as Washington would probably seek their assistance to forward-deploy land-based intermediate range and advanced conventional weapons to contain China.

In February 2018, the US and Russia agreed under the New Strategic Arms Reduction Treaty (New START) to a limit of 1,550 strategically-deployed nuclear warheads. (The US currently has 6550 nuclear warheads while Russia has 6850; China has only 280.)

New START came into effect on 5 February 2011and was expected to be renewed in February 2021, but if President Trump wins another term with hardliner John Bolton as his national security adviser, that agreement could also fall by the wayside, leading to a new long-range nuclear weapons arms race.

Australia will find it increasingly difficult to balance its relationships with the US and China – and remain on good terms with both – over the next five years. That would particularly be the case if the US sought to have some of its missiles based in Australia.