The passing of the former president – and scion of political heroes – could remind people of the power of their choice. 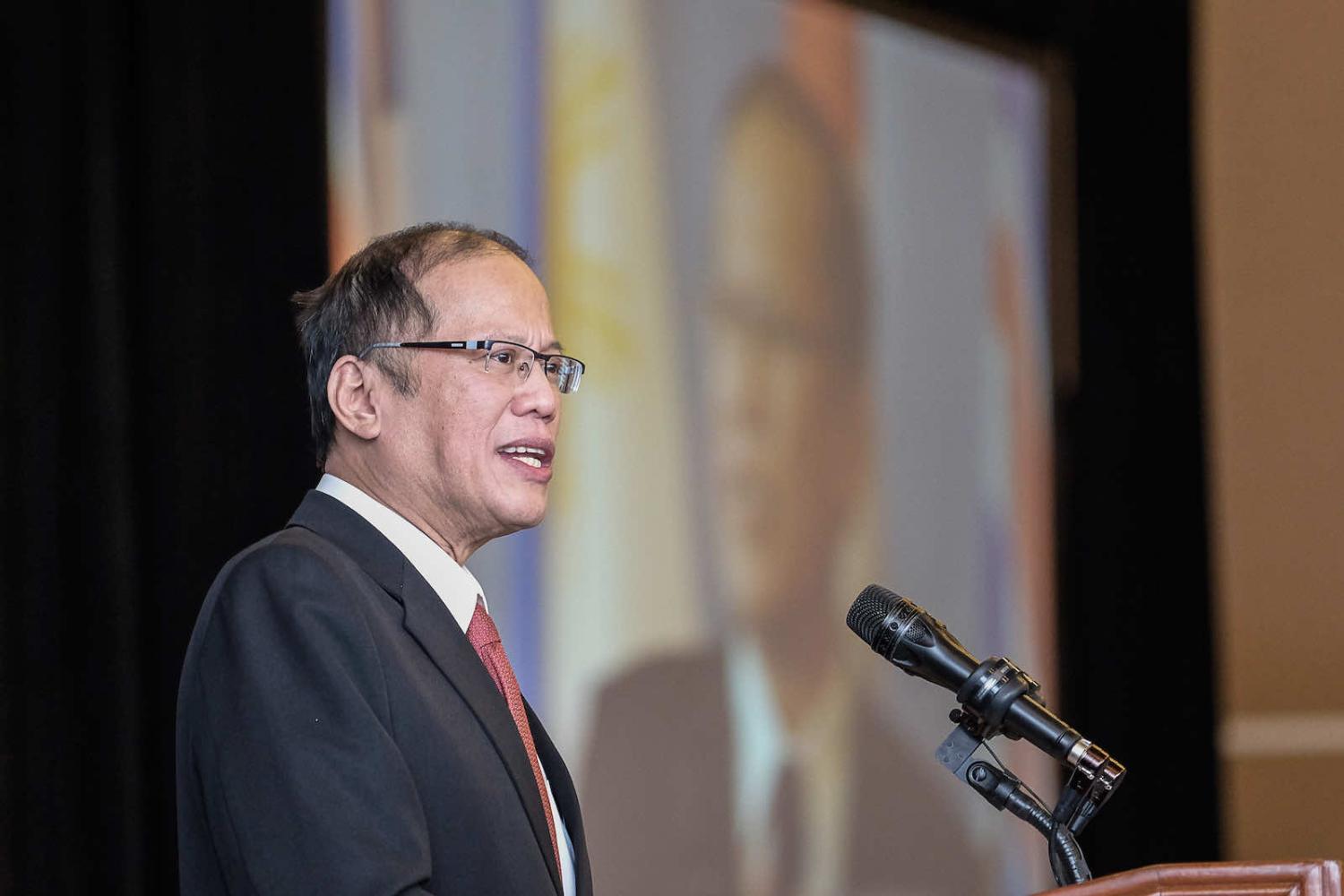 President Benigno S. Aquino III of the Philippines during a 2015 visit to Canada (Province of British Columbia/Flickr)
Published 1 Jul 2021

With the passing of former Philippine President Benigno Aquino III, the country’s political future becomes even more uncertain in the run-up to an election next year.

The former president passed away on 24 June, aged 61. His death comes as the Philippines grapples with democratic backsliding under President Rodrigo Duterte, and anticipates a crucial leadership transition that may either diminish or revive Aquino’s democratic legacy.

The Aquino family name has long been synonymous with politics in the Philippines. Benigno was the only son of the country’s democracy icons: his father Benigno Aquino Jr was a national hero who was assassinated in 1983 in a bid to restore democracy during Ferdinand Marcos’ dictatorial rule; his mother Corazon Aquino succeeded Marcos in 1986 and re-established democratic institutions in the country as the first female president.

In his inaugural address as the 15th president after winning the 2010 elections, Benigno Aquino III expressed commitment to continue his family’s legacy:

My father offered his life to redeem our democracy. My mother devoted her life to nurturing that democracy. I will dedicate my life to making our democracy benefit everyone.

True to his word, Aquino upheld the rule of law at home. But it was the arbitration case, filed by the Philippines against China over the South China Sea dispute before the Permanent Court of Arbitration (PCA) in the Hague, that was considered one of Aquino’s enduring legacies.

His legal approach gave the Philippines an equal footing despite its power asymmetry with China. In an interview explaining his administration’s rules-based approach, Aquino boldly cautioned China: “You may have the might but that does not necessarily make you right.” And just weeks after Aquino left office, the PCA ruling under the United Nations Convention on the Law of the Sea (UNCLOS) was handed down in 2016 in favour of the Philippines.

Throughout his term, Aquino also promoted good governance, adapting a campaign mantra for a “straight path” to pursue anti-corruption measures that led to the arrests of top government officials – most notably his predecessor, former president Gloria Macapagal Arroyo. In a 2014 speech to the World Economic Forum, Aquino boasted about his government’s efforts: “Dismantling the culture of corruption was a promise we made to the people. If we wanted to improve their lives ... we had to take on all those who had a misplaced sense of entitlement.”

However, Aquino’s accomplishments in office were offset by daily sufferings among Filipinos. According to political analyst Joel Butuyan, “Aquino focused on the macro level, while people had been desperate for change at the micro level.” Despite his achievements, crime remained rampant, traffic worsened in the country’s overcrowded cities and commodity prices rose. The public did not feel perceptible benefits in matters where many had desperately longed for change. It was this atmosphere that propelled Duterte to the presidency in 2016, as Duterte projected himself as the nation’s saviour by promising immediate solutions to long-standing problems.

Remembering Aquino, Filipinos may vote for the next president who will likewise protect the country’s freedom and democracy ­– a choice between continuing Duterte’s autocratic tendencies, or the memory of Aquino’s democratic ideals.

Duterte has since “wasted” some of Aquino’s macro-level accomplishments – most notably downplaying the arbitral award of the Philippines in favour of seeking economic benefits from China. And during his term, the Supreme Court acquitted and released Arroyo. Moreover, Duterte has notoriously undermined democracy by suppressing press freedom, persecuting political opponents and condoning extra-judicial killings in his drug war.

As the Philippines anticipates another leadership transition, Aquino’s death may prove consequential. On the one hand, it provides the Duterte administration a strategic advantage to further consolidate its political power and authoritarian rule. Without Aquino, who might have helped to unify the political opposition against Duterte’s anointed successor, it may mean an election loss for advocates of liberal democracy.

Yet Aquino’s demise may also spark a political awakening among Filipinos to clamour for positive change. In remembering Aquino, Filipinos may vote for the next president who will likewise protect the country’s freedom and democracy. The upcoming election may therefore become a choice between continuing Duterte’s autocratic tendencies, or the memory of Aquino’s democratic ideals.

Aquino’s sudden demise from complications associated with diabetes could continue a peculiar historical trend in Philippine politics that turns the family’s tragedy into the nation’s redemption. When Aquino’s father was shot dead, it led to the end of Marcos’ dictatorial rule and the restoration of democracy in the Philippines that installed his mother as president in 1986. When Aquino’s mother died of cancer in 2009, it paved the way for his election as president in 2010, which was a repudiation of Arroyo’s corrupt and unpopular regime.

Such trends reinforce a perplexing observation that whenever the Philippines needs “saving” from dictatorial, corrupt or violent leaders, an Aquino passes away.

Saif Gaddafi faces difficult obstacles, including his father's legacy, to challenge for the presidency of Libya.
Andrea Chloe Wong 24 Aug 2021 10:00

Duterte’s back-down on US forces in Philippines

After several threats to scrap the agreement giving US troops a legal basis in the country, challenges are lingering.
Robert E Kelly 17 Jan 2017 09:17

Historians will see Obama’s mature presidency as a high point for US relations with the region.