Nationalist consumer sentiment has become a decisive factor in Taiwan’s food bans with the US and China. 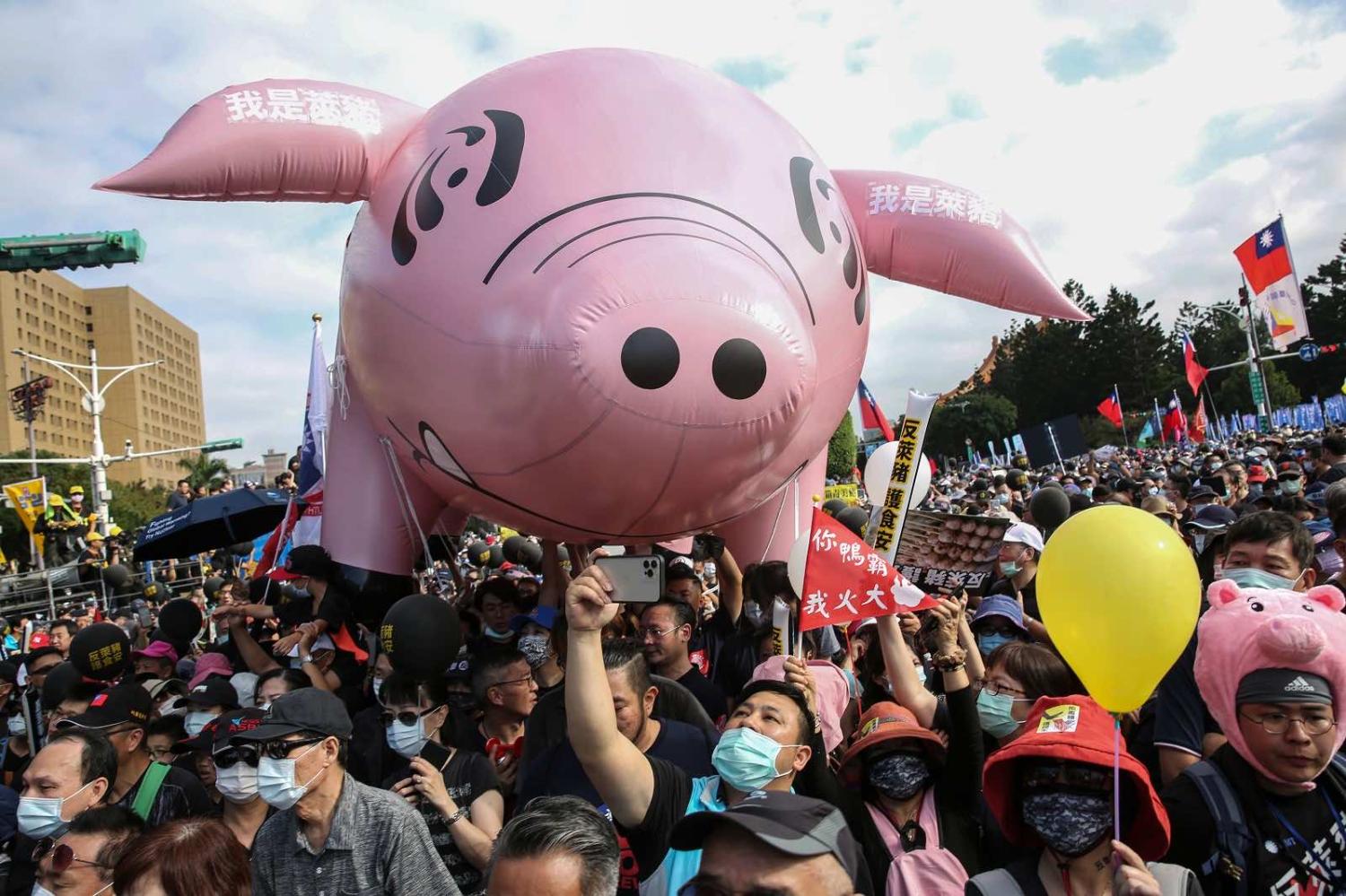 In August, Taiwan will hold a referendum on whether to reinstate a ban on US pork containing the additive ractopamine. This could introduce a sour taste into otherwise positive Taiwan–US relations. But it’s not the only food-related political challenge on the menu. The reaction to China imposing a ban on Taiwan’s pineapple exports this year showed a nationalistic consumer flavour in Taiwan’s great power relations.

The pork dispute has a long backstory. In what was widely considered a “thank you” for the vocal support Taiwan received from the United States under the Trump administration, Taipei reversed its position and announced it would open Taiwan’s market to US pork, with effect from January. This was seen as removing a major block to restarting bilateral trade negotiations which have not been held since 2016.

In recent months, signs that proudly boast “We only sell Taiwan pork” have become ubiquitous in the windows of restaurants throughout the country.

Allowing imports of US pork is highly contentious in Taiwan because it can contain ractopamine, a leanness-enhancing substance banned in 160 countries, including China and the European Union. While clear labelling may be a solution, inconsistency on the wider issue of consumer protection from “unhygienic” food makes for bad optics among health-conscious Taiwanese. Critics see the ruling Democratic Progressive Party (DPP) government giving up something important to Taiwan without getting anything in return.

The opposition Kuomintang (KMT) garnered support to continue the ban not only through a scare campaign on the health dangers of US pork – with major retailers taking part in a scheme to help consumers avoid ractopamine-tainted meat – but also by appealing to nationalist consumers’ patriotic preference for their local, trusted pork. In recent months, signs that proudly boast “We only sell Taiwan pork” have become ubiquitous in the windows of restaurants throughout the country.

A vote to ban pork containing ractopamine could upset American interests and call into question the pro-US narrative that has grown through the term of Taiwan’s President Tsai Ing-wen. It would be an unexpected setback for the American Chamber of Commerce, which has long-campaigned to get the Taiwanese government to open up the market. Closer US–Taiwan ties are no guarantee the referendum will swing in Washington’s favour.

But people power is also on display in Taiwan’s other food spat, this time with China. Beijing announced in February that it would ban all imports of Taiwanese pineapples in what was interpreted as a political move of economic coercion. It appeared to be targeted at the voter base of the more independence-leaning DPP in Taiwan’s tropical south.

Yet rather than hurting farmers, a wave of patriotic public support led to a sudden rebound in fortunes for pineapple growers. The ban became a boon for local industry, with restaurants featuring new pineapple dishes and Taiwan’s consumers buying up a year’s worth of exports to China in just four days.

Internationally, too, Taiwan’s “Freedom Pineapples” campaign opened up new markets for producers, including a record order from Japan, and has accelerated the diversification of export markets.

If the referendum succeeds in banning pork containing ractopamine, the government will try to insulate the wider US relationship from the result.

The passionate domestic response, likely unanticipated by Chinese authorities, shows Taiwanese consumer sentiment to be a volatile factor that can foil Beijing’s playbook of intimidation. It provides another example that the economic coercion China metes out is often counterproductive. At the risk of a pun, a prickly China is sweet for Taiwanese nationalists.

How the pork referendum will unfold is not yet clear. With opinion polls last year showing up to 70 per cent of Taiwanese opposing US pork imports, the KMT was confident the referendum would pass. The unknown factor now is how Taiwan’s first significant spike in Covid-19 infections will affect the vote. During lockdown, emotions may have cooled. But existing positions may have hardened with traditional methods of campaigning impossible. The outbreak has also increased dissatisfaction with the government and led to a loss in public confidence. With Covid-19 restrictions in place until at least 12 July, it’s possible that the referendum might be postponed.

If by mid-July the danger from the virus has eased, the Tsai government will need to campaign ahead of televised referendum debates. Its strategy might be to link the referendum with gratitude felt for US vaccine support, with Taiwan recently receiving 2.5 million doses. The message: We gave up pork, but they gave us vaccines. If the referendum succeeds in banning pork containing ractopamine, the government will try to insulate the wider US relationship from the result.

But, as with pineapples, nationalistic sentiment among Taiwanese consumers continues to be a factor in trade relations with its biggest partners. The risk of a public backlash is another delicate factor to manage in Taiwan’s diplomacy.