Is the Qatar blockade ruining the country’s sporting goals?

The tiny Gulf nation wants to be a world stage for sport, but a regional boycott isn’t helping. 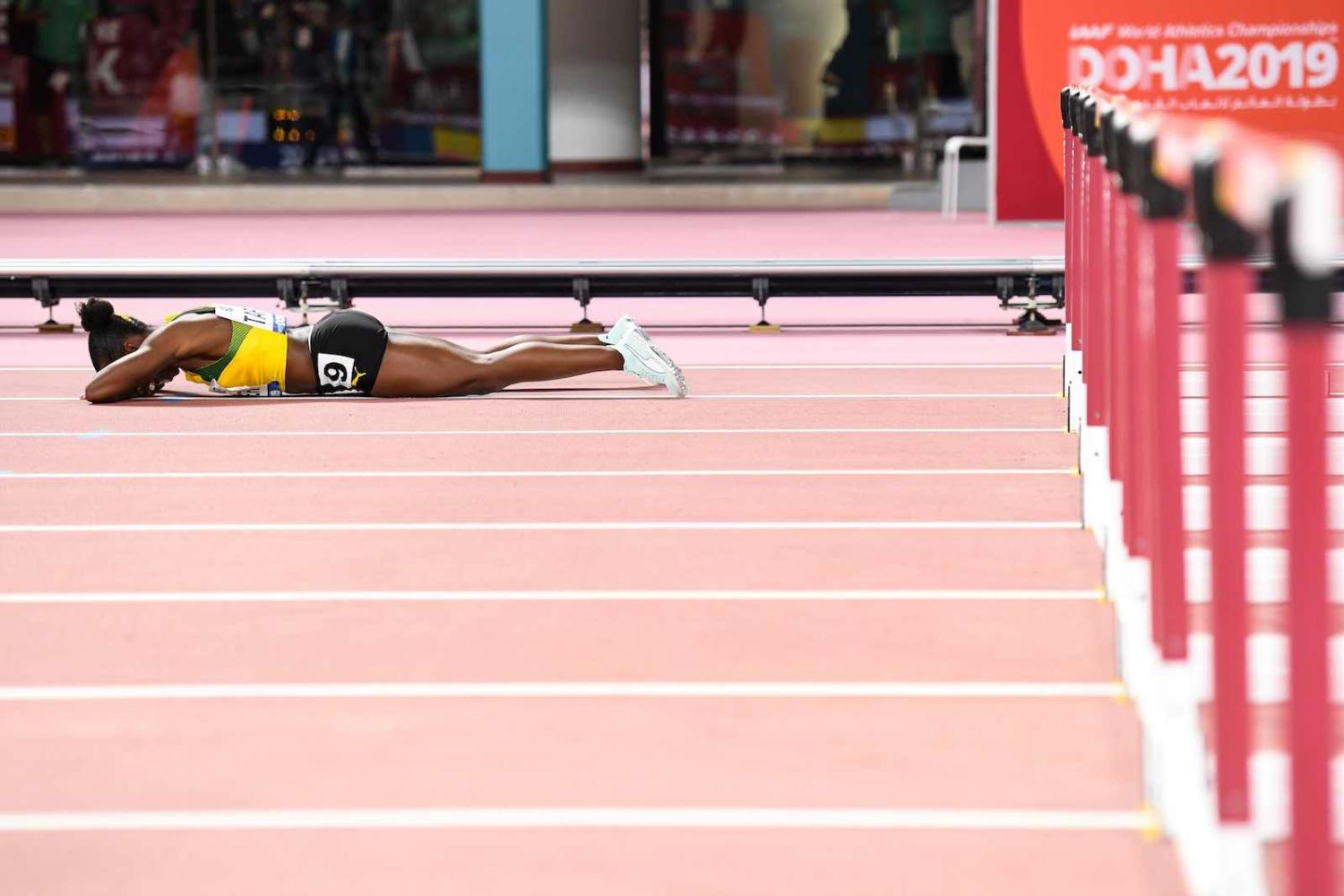 The World Athletics Championships in Qatar wrapped up on the weekend, but only the most parochial of organisers would boast it as a success. It featured athletes retiring due to heat stroke, a coach sent home for alleged doping abuses, and stadium attendances nothing short of abysmal.

When quizzed about the poor crowd numbers, the chief executive of the IAAF, the sport’s governing body, said that the regional blockade against Qatar affecting air traffic among other things was “clearly one of the factors” why the event was taking place in front of nearly empty stands.

“When this event was awarded six or seven years ago, it was always positioned as a celebration of athletics within the Middle East,” Jon Ridgeon told BBC Sport. “Clearly, geopolitics have shifted since. There’s a blockade on this country from all of the surrounding neighbouring countries, and that’s impacted.”

Ridgeon was criticised by the journalist during the interview for using the blockade as an excuse, and subsequently he was widely ridiculed online for his claims. But I do think he has a point.

IAAF chief exec Jon Ridgeon tells @GabbyLogan that the diplomatic blockade of Qatar by some of its neighbours has had an impact on ticket sales at the Doha 2019 athletics World Championships pic.twitter.com/8kSePcDKFe

The blockade against Qatar, which began almost overnight in June 2017, has stopped all direct air traffic from Saudi Arabia, the UAE, and Bahrain to the 2.8-million-strong country. These three nations are Qatar’s closest neighbours, and Saudi Arabia provides its only land border, as the tiny state protrudes out into the Persian Gulf.

The question remains whether the problems of this event will harm Qatar’s ability (and credibility) to host top-level sport in the future.

The comparison may seem hard to imagine, but the current diplomatic standoff is a bit like Denmark being shut off to Germany, Sweden, and Norway all at once. It’s hard to see how a country could cope.

The fact that Qatar has managed to prosper at all over the last few years – and it has, according to analysts – has been testimony to its good connections and ability to buy its way out of trouble. While food and construction materials have been secured from countries such as Iran and Turkey, flights from the national carrier Qatar Airways have also been re-routed.

The 18 regional destinations that fell off the carrier’s flight plan as a result of the blockade have been replaced by 24 new routes, in a move that is symbolic of Qatar’s flexible approach to trade and business.

That context does support Ridgeon’s argument that Middle East fans of athletics are restricted in getting to the Doha event. But it doesn’t explain why barely anyone was in the Khalifa International Stadium at all for premium events, such as the final of the women’s 100 metres. School children and even soldiers had to be used to boost the viewer numbers for the TV audience.

The fact is, Qatar hosted a long, varied athletics championships that was always going to be a hard sell. Firstly, the appetite amongst Qatar’s small population for athletics seems to be limited, as Ridgeon himself admits, mainly to middle-distance and long-distance races. In addition, the extreme heat in Doha, which forced some of the longer races to be run at midnight, made viewing difficult for local spectators too.

Then there are the corruption allegations, which further tarnish the event’s image. Just like the upcoming Football World Cup, due to take place in Qatar in 2022, the World Athletics Championships coming to Doha has been under intense scrutiny since Qatar was surprisingly awarded the event in late 2014.

Recent media reports allege that a large payment may have been made by Qatari event organisers to a company associated with a former IAAF marketing executive, Papa Massata Diack, to secure the staging of the championships.

The question remains whether the problems of this event will harm Qatar’s ability (and credibility) to host top-level sport in the future. Aside from the Football World Cup, the Gulf nation is also due to put on the World Aquatics Championships in 2023, while it also has prestigious smaller events, such as the annual Qatar Tennis Open.

Local organisers are desperate for these events to continue. Sport remains an important soft diplomacy measure for Qatar, against a backdrop of claims about the country’s alleged funding of terrorism which play out on the diplomatic level.

Whether the claims are true or not, the country’s resilience so far, both in dealing with the blockade and the criticism levelled at its sporting aims, has been impressive. In 2015, when it was widely lambasted for hosting a World Handball Championships with a team of ex-Europeans playing in its national colours, Qatar went on to reach the final of the event, and only narrowly lost.

The message is clear: Don’t expect Qatar to give up any time soon on its sporting ambitions, no matter what the world, or the region, throws at it.

Previous Article
US shift on Syria puts Canberra in a bind
Next Article
Bougainville’s predicament, independence or not

There was no “low cost” solution for the United States other than endless conflict.