A supposed coup, a would-be king and restless youth. Trouble is brewing in the Hashemite kingdom. 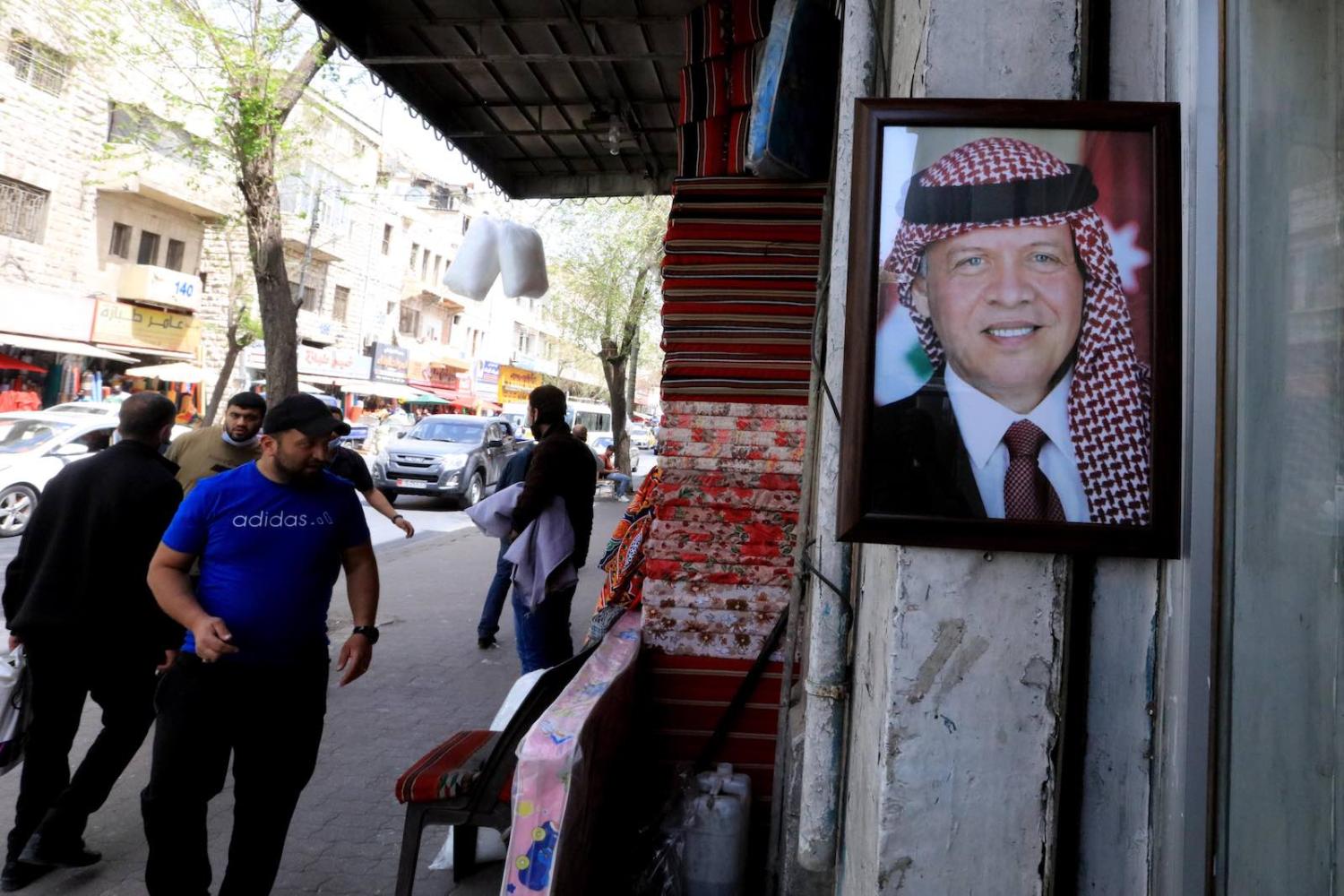 Jordan veered dangerously close to crisis last month, as an alleged foreign-backed plot to replace the reigning monarch threatened to plunge the otherwise remarkably stable Middle East nation over the precipice. Only just as suddenly, the tensions apparently fizzled out.

The former crown prince and half-brother to King Abdullah II, Hamzah bin Hussein, said to be a ringleader in the conspiracy, subsequently pledged loyalty to the crown. A group of 16 men, accused of sedition, were released without charge. While two other men linked to the plot remained in custody, the whole sorry episode appeared to draw to an unceremonious close.

But the ramifications of a dramatic few weeks in Jordanian politics will continue to be felt, with potential consequences across the region.

Jordan says the former Crown Prince Hamzah bin Hussein was linked to "foreign parties" in a plot to undermine security.

What now appears to be widely accepted is that the supposed coup was simply a poor attempt at reducing Hamzah’s rising popularity within the kingdom. Soon after Hamzah was put under house arrest, the prince leaked a video proclaiming his innocence and criticising the government, stating he was “not responsible for the breakdown in governance, corruption and incompetence” prevalent in Jordan’s governing structure over the past two decades, nor was he “responsible for lack of faith people have in their institutions”.

The Abdullah-Hamzah dispute harks back to 1999, when the then–King Hussein disrupted the line of succession, replacing his brother with the now King Abdullah and designating Hamzah as crown prince. This came with the expectation that Abdullah would relinquish the crown to Hamzah, King Hussein’s youngest and favourite son, when the young prince was old enough to rule. Instead, Abdullah removed Hamzah’s title as crown prince, later designating the role to his own young son.

While such royal manoeuvring is not an uncommon occurrence in the history of the Hashemite kingdom, Hamzah’s response to being “relieved” of his royal responsibilities was noteworthy: instead of stepping back from politics and refocusing his attention on charities, Hamzah deliberately retained a political presence, often criticising the government and corruption within the kingdom.

If a former crown prince can be arrested for criticising the nation’s governance, there would appear to be little space for everyday Jordanians to express their discontent.

Intra-family disputes are a fundamental part of royal life for monarchies in the Arab and Western worlds alike, even if a public airing is unusual for the Hashemite family. Similar intra-royal feuds can be seen in the large multi-branched secession line of the al-Saud dynasty in Saudi Arabia, the most recent the result of Crown Prince Mohammed bin Salman’s accession to the title. Changes to the accepted line of succession were also seen through coups in Oman and attempted in Qatar.

But this latest family feud has stirred tensions within Jordan. Hamzah’s criticisms have resonated with Jordanians, given the country’s economy has been stagnant for several years, a problem exacerbated by the experience of Covid-19. The economy actually contracted by 3.5% in 2020, overall unemployment doubling to 24.7%, with even higher rates for highly educated youth, who are angry about corruption and a lack of accountability. Government efforts to target only petty corruption have done little to dispel the belief that the government is not serious about tackling the problem.

Like many countries in the Middle East, Jordan has a bloated public sector and seeks to encourage more growth in the private sector. But it is in crony capitalism where the large-scale corruption is to be found: private land deals between the Kingdom’s elites, and the manipulation of services and taxes – elements which the government often chooses to ignore.

Jordan’s agricultural sector provides one such example. While poorer farmers go out of business after struggling with water conservation in the second most water-scarce country globally, rich landowners – often former government officials – manipulate the rules to grow and export water-intensive crops.

Despite the simmering dissatisfaction, Jordan is not at serious risk of imminent collapse. Jordanians are starkly aware of the instability on their borders, and its large refugee population offers an ever-present reminder of how Jordan could become the “next Syria or Iraq”. But problems will continue to fester if they go on unaddressed.

King Abdullah ought to take the chance to engage in a transparent dialogue regarding the future of Jordan. This should involve a real attempt at managing corruption and ultimately to transform the Kingdom into a constitutional monarchy. Changes to date have been cosmetic, as in the reshuffling of government ministers, or appointment of new prime ministers – 13 since King Abdullah took over in 1999.

Jordan has a strong protest culture, but the arrest of Hamzah was damaging. If a former crown prince can be arrested for criticising the nation’s governance, there would appear to be little space for everyday Jordanians to express their discontent. And that doesn’t serve the interests of the Hashemite kingdom in the longer term.

How much for a baguette in French Polynesia? Plus more stories from the Pacific Islands region.
Denise Fisher 9 May 2017 15:37

Given Macron’s lack of experience, French officials who know New Caledonia will need to continue to mediate this final phase of the Noumea Accord.
James Goldrick 24 Jul 2017 15:35