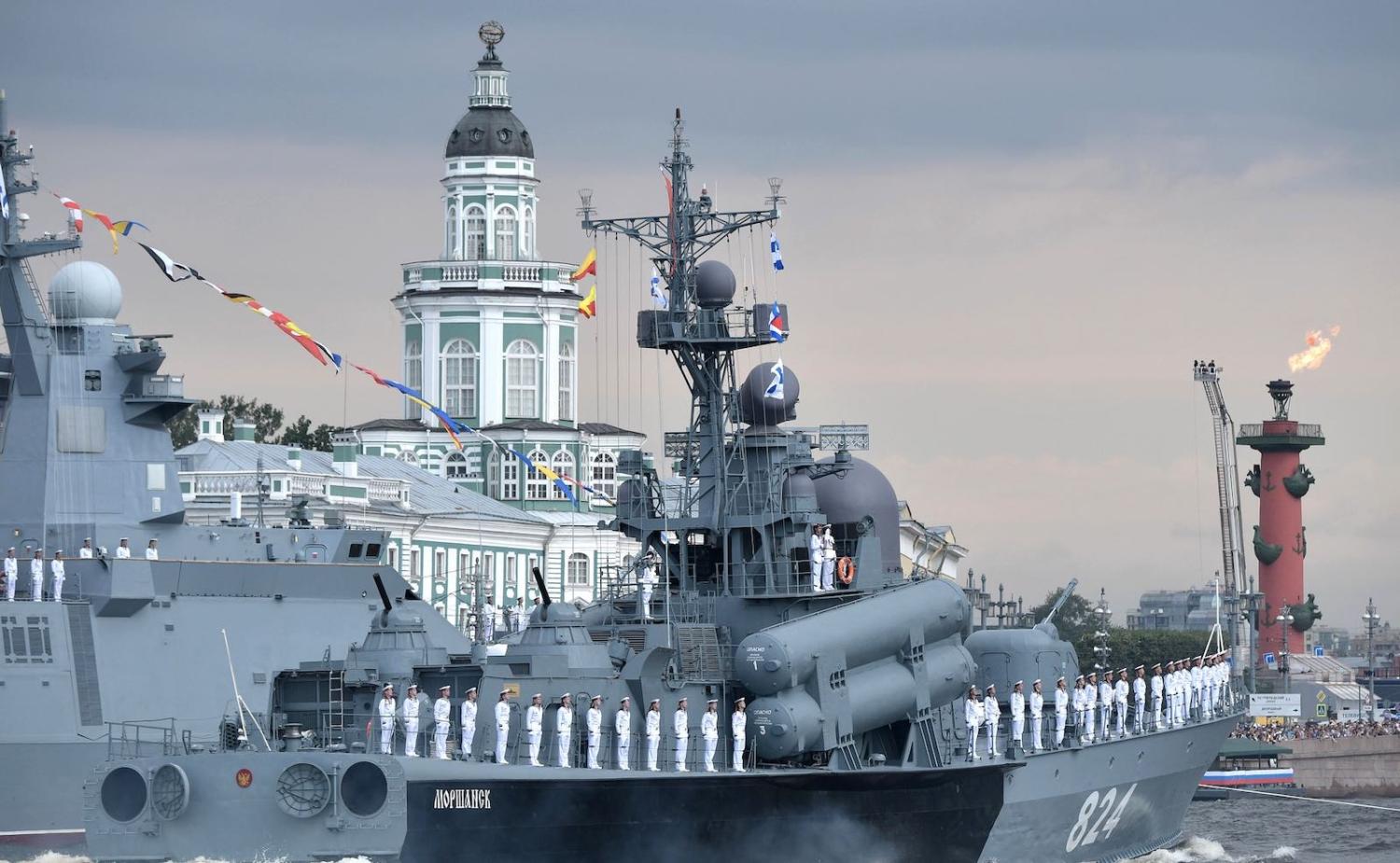 Two recent naval exercises demonstrate the potential for Russia-China cooperation in the Indian Ocean, and how the two present a much greater threat to a continued US role and influence in the region than either would individually.

Last year, South Africa hosted a maritime exercise with Russia and China, the first-ever trilateral exercise among the three countries. Exercise Mosi was designed, according to the South African Navy, to “enhance interoperability and maritime security“ and showed the three countries’ willingness to work together to counter security threats at sea, such as terrorism and piracy. There were the obligatory social and cultural activities, and then military manoeuvres that focused on a surface gunnery exercise, helicopter cross-deck landings, boarding operations and disaster control exercises.

China and Russia followed this up in December 2019 with another trilateral maritime exercise with Iran in the Gulf of Oman called Exercise Marine Security Belt. The exercises included live-fire drills and an anti-piracy exercise involving Iranian commandos. According to the Iranian naval commander, the exercises’ message was that “Iran cannot be isolated.” A Chinese spokesman stated: “The naval drills aim to deepen exchange and cooperation among the navies of the three countries, and display their strong will and capability to jointly maintain world peace and maritime security”.

Trilateral exercises reveal that regional powers such as South Africa and Iran, as well as other countries, welcome the increased role of China and Russia.

Both China and Russia have gradually been increasing their presence in the Indian Ocean. Russia recently announced it would establish a naval facility in Port Sudan on the Red Sea. China opened its first overseas base in Djibouti in 2017, and China’s navy has increased operations in the Indian Ocean region over the past three decades.

The Covid-19 crisis may have slowed further moves towards cooperation this year. Moscow just hosted the 12th BRICS summit virtually, which doesn’t lend itself to deep military engagement. But the trilateral exercises are notable because they signal Moscow’s and Beijing’s desire to cooperate in the region. And more importantly, they reveal that regional powers such as South Africa and Iran, as well as other countries, welcome the increased role of China and Russia.

Relations between South Africa and the United States were already strained when Pretoria agreed to the trilateral exercises last year. Under the Trump administration, the United States grew critical of South Africa’s UN voting record. Washington also declined to exempt the country from hikes in tariffs on US imports of steel and aluminium. In contrast, China has pledged the most investments of any country in South Africa. Russia has followed in its footsteps in building political, military and trade ties across sub-Saharan Africa.

Iran has even more reason to build relations with China and Russia. Since the US withdrawal from the Iran nuclear deal in 2018, Iran has strengthened its ties to China and Russia, using multi-billion-dollar loans from the two countries to resist US sanctions and deepening defence cooperation and intelligence sharing.

Smaller countries can also find the Russia-China nexus useful. According to a Chinese-language source, Sudan, a long-standing regional partner of China, first proposed hosting a Russian base in 2017 as a counterbalance “against aggressive acts of the United States”.

In other words, China and Russia together may be better equipped to compete with the United States and its allies in the Indian Ocean region for influence, for several reasons.

Moscow may be more willing than Beijing to play the ringleader role in organising and directing opposition against the United States, but it doesn’t have the economic heft to make such cooperation a winning proposition for Indian Ocean states.

While China has considerable resources, it is more concerned about provoking the United States and potentially worsening already poor relations. China often argues that it is a different type of great power, one that does not engage in hegemonic behaviour such as alliance formation. China is also keen to avoid sparking a countervailing coalition against it.

For these reasons, Beijing often tones down its rhetoric about the nature of its relationship with Russia. China claimed the Indian Ocean exercises do “not target any third party”. For Russia, however, overtly undermining the United States is a key component of its strategy and plays well domestically for Putin.

On the other hand, China has the economic resources to wield influence and invest heavily in Indian Ocean countries. In Pakistan alone, Beijing has pledged an estimated $87 billion in funding and completed roughly $20 billion worth of projects. Recently, Beijing and Tehran reportedly agreed to a 25-year deal to expand China’s investment in Iranian banking, telecommunications, ports and railways in exchange for oil.

While China and Russia are nowhere near dominating the Indian Ocean region militarily, their combined influence may promise trouble for the United States and its partners. The two countries will likely work together to inure their partners to international pressure, including over human rights violations. And those partners will receive security benefits (such as military access) and economic benefits (such as preferential economic ties) in return. Although it seems a bit exaggerated, there is some truth to Iranian Admiral Hossein Khanzadi’s declaration that strategic coordination with Russia and China means “the era of American free action in the region is over”.

China and Russia may be slow in enhancing their strategic coordination in the Indian Ocean slowly, but the intent is there. The United States and its allies may still be dominant militarily. But we should be careful not to fall under the illusion that this guarantees influence. With China and Russia presenting themselves as strong alternative powers, the United States and like-minded countries have to work that much harder to promote sustainable economic development, protect international rules and norms, and ensure peace and security in the region.

Previous Article
Favourites of 2020: Homeland Elegies
Next Article
Avoiding a “lost decade” in the Pacific

Beijing’s latest white paper on Taiwan is a marked shift in tone from the more accommodating versions past.
The Interpreter 1 Sep 2018 07:00

Julie Bishop’s foreign ministership, Belt and Road branding and “birth tourism”: the week that was on The Interpreter.
Vivienne Chow 5 Nov 2018 15:30