While a formal alliance is out of the question, the West for too long assumed Beijing and Moscow are fundamental rivals. 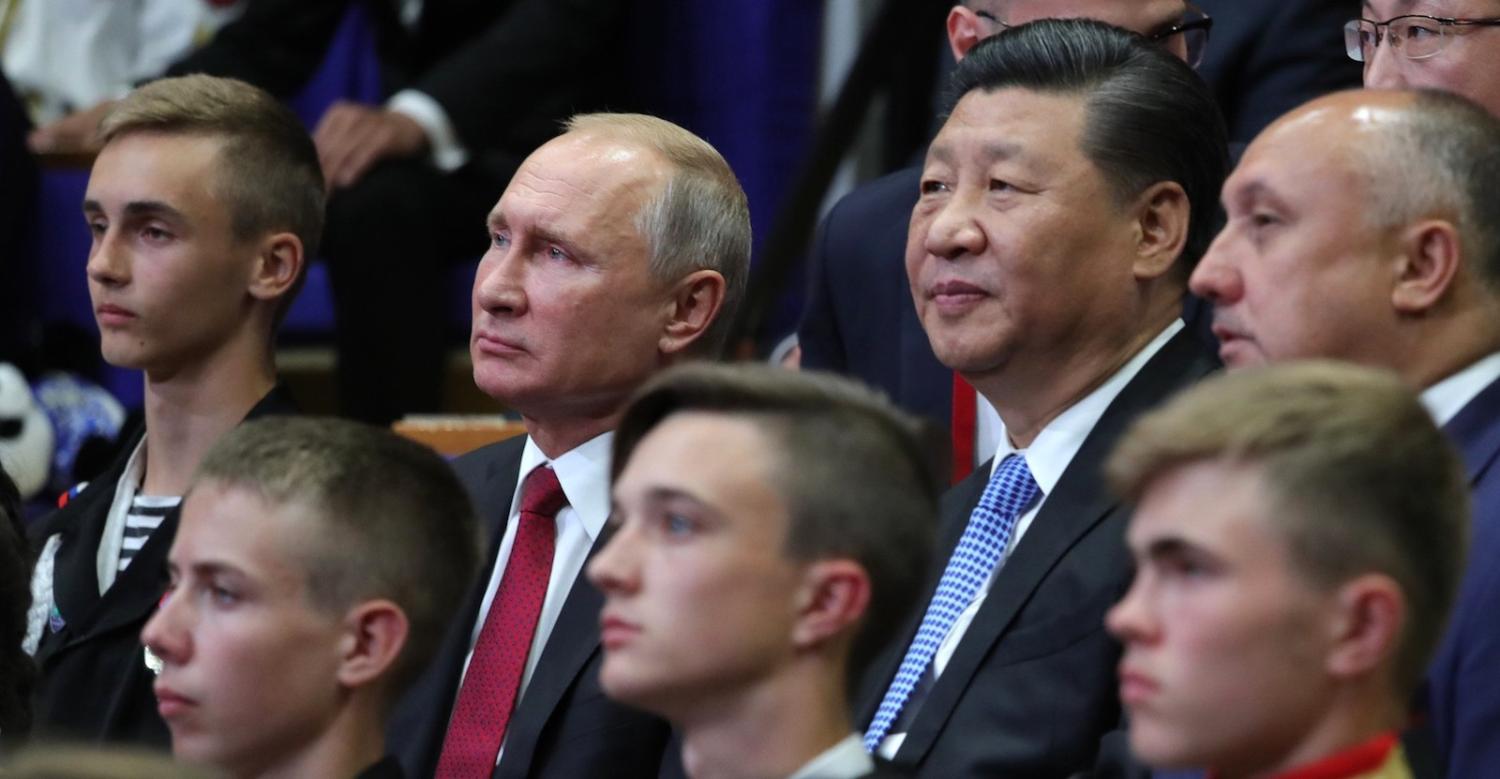 Russia’s Vostok-18 exercises have received significant attention, thanks mainly to the Kremlin’s grand announcements about their scale. If Russia’s defence ministry is to be believed, up to 300,000 military personnel from all services will take part. Notably, they will include – for the first time – some 3,200 Chinese troops.

The timing of the exercise, during a summit between Vladimir Putin and Xi Jinping in Vladivostok, is therefore no coincidence.

While the actual numbers of participants are likely wildly inflated, the optics of the exercise should be concerning to the West.

The modernised Chinese military makes it much more a relationship of equals.

In one sense, Vostok-18 recalls the showy set-piece exercises that the Soviet armed forces once used to show off new hardware and doctrine during the Cold War. That should be worrying enough to NATO, especially since a lack of political will has witnessed a less-than-impressive morass of Western half-measures to counteract Russia’s growing military power in Ukraine, the Kaliningrad enclave, and beyond.

But in another more tangible sense, Vostok-18 represents the debut of an unofficial Sino-Russian entente. While a formal alliance is out of the question (since Beijing has made it clear that it will not entertain such notions, however much Moscow has sought it), the participation of China’s People’s Liberation Army (PLA) is important for the key reason that this is a domestic Russian exercise, not one conducted through an explicitly multilateral framework.

Of course, Russia and China have been exercising jointly for some time, often under the Regional Anti-Terrorism Structure (RATS) of the Shanghai Cooperation Organisation – a convenient way for the two nations to build common ground between their armed forces, on the flimsy pretext of countering armed extremism. And whereas those exercises were embarrassing to Beijing when they commenced in the mid-2000s, highlighting the PLA’s lack of advanced weaponry, poor logistics and out-dated tactics, the modernised Chinese military makes it much more a relationship of equals.

That Russia is comfortable enough to include China in its wargaming also signals a growing level of potential interoperability between the two nation’s armed forces. These have been slow to develop, but nonetheless have started to add up, from the sharing of Russian S-400 missile defence systems (prompted by the US deployment of THAAD to the Korean peninsula), to recent joint naval exercises in the South China Sea and the Mediterranean.

Unfortunately the West has systematically miscalculated the Sino-Russian relationship, despite ample warnings to the contrary. For instance, it dismissed the Shanghai Cooperation Organisation as a paper tiger when Russia was attempting to promote it as an “Asian NATO”, and rejected it as China’s laboratory in Central Asia once Beijing’s preferences began to win out over those of Moscow. In doing so, it has relied on flawed assumptions about China’s ability to be socialised, on the pressure of sanctions to force Putin to pivot back to the West.

Above all, the West saw the historical animosities between China and Russia as fundamental barriers to a relationship built on trust.

Ironically many of these assumptions remain true. The two nations do not trust each other, and the Kremlin is under few illusions that Beijing sees Russia as anything other than a junior partner, buffer zone and convenient resource appendage in any future relationship. But they have not arrested the pace of Sino-Russian ties, which remain based on a coincidence of interest that continues to firm up.

This is largely because Putin simply does not view the West’s notions of costs in the same way. Crimea, the Skripal poisoning, ongoing Russian support for breakaway factions in Ukraine, and Russia’s influence operations in the US are each indicative of that.

But it is also because Putin’s Eastern pivot in 2013 was about more than strategic rebalancing to a new geopolitical locus of power: it was a pragmatic calculation that the triumph of Western democratic individualism was a chimera, and a realisation that Russian survival depended on its ability to establish itself as a resource giant in Asia.

However, this also means that Russia has underestimated the pace of China’s rise, leaving it with few strategic alternatives. Likewise, there remain significant current and future points of friction between Moscow and Beijing, which will increase over time, and can be exploited by hard-nosed nations with the political will to do so.

While it is tempting to reach the gloomy conclusion that all the end of the Cold War achieved was the recreation of bipolarism, the Sino-Russian relationship of 2018 is very different to the highly personalised squabble between the USSR and the People’s Republic of China over who would lead the global proletarian revolution.

To begin with, ideology is less significant to both players as a justification to address foreign and security policy externalities. Both nations are effectively commercially oriented: China wants to complete the construction of its Belt and Road Initiative as a continental and maritime trading regime rivalling the liberal order; and Russia is an opportunistic player seeking advantage as an alternative partner in the region.

That means both nations are also bilateral in their focus. Indeed, there has been no real attempt to build multilateral architecture to underpin either state’s strategy.

Second, Russia has found itself frequently stymied in its attempts to avoid reliance on a China-centric order, which includes being undercut by Beijing on defence, logistics and transportation deals in Southeast Asia. Its three options to break out of BRI – the northern (Arctic) sea route, an overland Russia-North Korea-South Korea rail and energy link, and a Russia-Turkey-Middle East corridor are respectively economically unfeasible, geopolitically contingent, and overly ambitious.

Of course, given the poisoned atmosphere between the US and Russia, which will doubtless result in a much harder American policy line whenever the Trump administration reaches its conclusion, it would be unrealistic to expect Washington to lead any rapprochement with Moscow. In any case, the Kremlin’s terms for a full-scale reset would entail a complete reconfiguration of European security architecture around spheres of influence, leaving the Baltics and Eastern European states highly vulnerable.

The goal of the West, then, should be to locate and exploit as many rub-points in the Sino-Russian relationship as possible. Indeed, if it is acknowledged that Russia will inevitably be an irritant to the West, then it only makes sense to try and seek a similar outcome with respect to China, and to do so with increased urgency.

Previous Article
Where next, Jack Ma?
Next Article
Belt and Road: more than just a brand

A new era of leadership by the G19?

The G19 have effectively acted as a counterweight to the stated agenda of protectionism and bilateralism being pursued by President Trump.
Morris Jones 15 Jul 2019 06:00

It was the moment humans first stepped on another world, yet after the Apollo missions, why haven’t people been back?
Kate Sullivan-Walker 9 Jul 2020 13:00

These tiny strategic products can profoundly change the world as the US and China fight over the brains of electronics.