The coverage of the latest crisis was a showcase of Solomon Islands journalists telling the story of their own country. 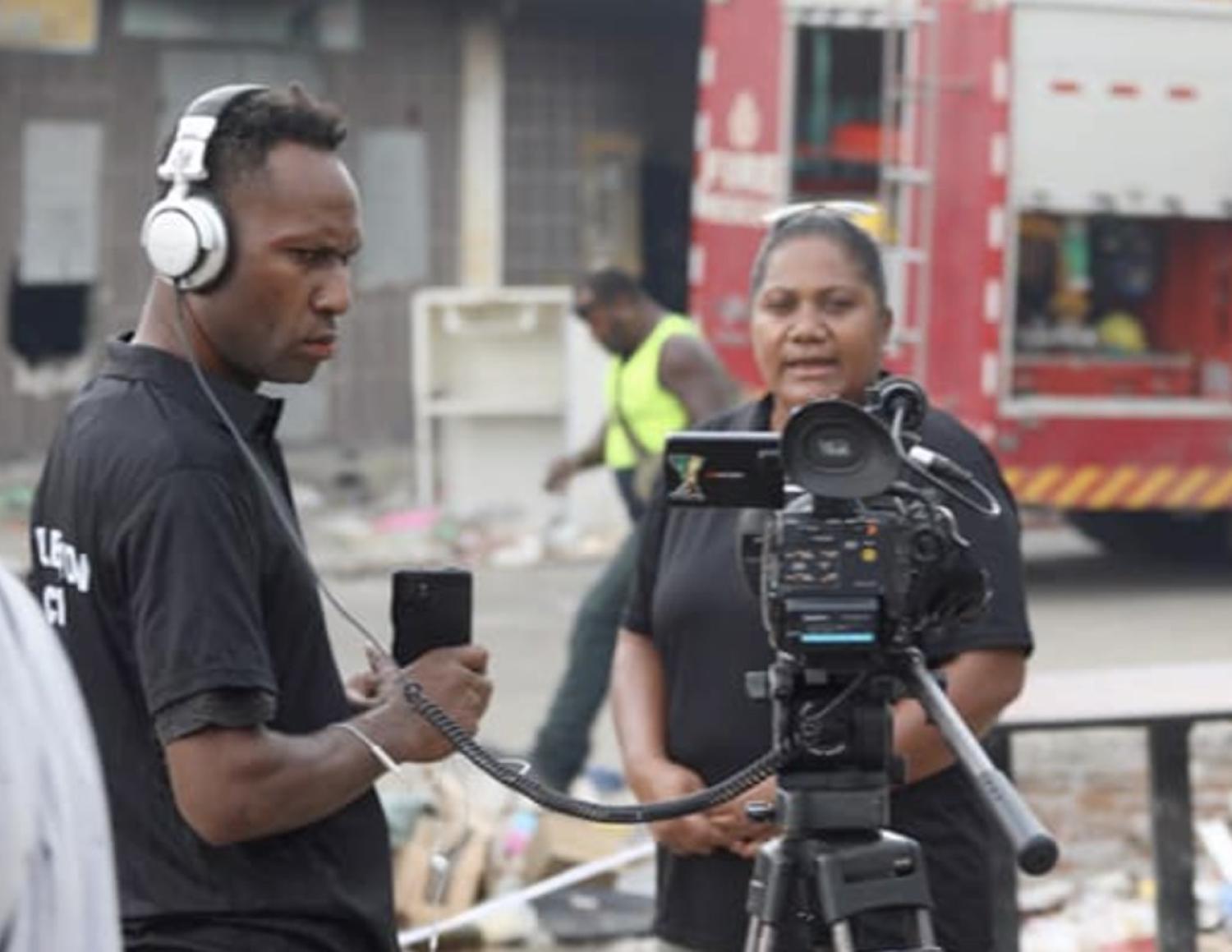 Did you notice anything different about the news coverage of the recent unrest in Honiara?

Those fast-breaking stories on Australia’s TV, radio and online networks were not presented by Australian journalists but by Solomon Islanders professionally reporting from the front lines of the riots. There wasn’t a journalist on the ground from Australia, New Zealand or anywhere else except the Solomon Islands.

International journalists, known in the industry as parachuting journalists, are the ones who normally drop in for a few days at the height of a breaking disaster or catastrophe. Often with little knowledge or background of the story. (Foreign correspondents are different – they’re experts in their field).

The local media stepped forward and did a brilliant job. They were fast and highly skilled.

Parachute journalists arrive off the streets of the nearest major city in a developed country and hire a local journalist as a fixer. The parachute journalist uses all the local’s expertise and knowledge to file reports, getting the credit while the local fixer often receives none. The fixer probably doesn’t get paid much either.

What happened in Honiara was different because Covid-19 border restrictions meant foreign journalists couldn’t get into the Solomon Islands.

The local media stepped forward and did a brilliant job. They were fast and highly skilled. The use of social media was a master class in how to cover a major international breaking story.

As the looters rampaged through Honiara over three days, the local media team worked together pooling resources, videos, and facts, often running from danger as they were stoned and chased from the front line by angry looters. The ABC’s locally engaged journalist Evan Wasuka’s TV story complete with stand-up in the streets of ravaged Honiara, led the evening bulletin across Australia. His live crosses kept ABC audience informed over several days.

Veteran Freelance journalist Gina Kekea filed for outlets all over the world including the BBC. She was quoted by major news outlets including CNN, The New York Times, The Washington Post and Al Jazeera.

Sports journalist Elizabeth Osifelo pitched in as a breaking news reporter to cover the fastmoving destruction. You might have heard her excellent discussion with Geraldine Doogue on ABC radio Saturday Extra.

Many of the media pack were freelancers who worked together to cover the story, some had covered previous unrest. But for young journalists such as Job Rongo’au filing for ZFM Radio station, it was their first experience in covering a riot and a scary one. Rongo’au said the protestors tried to grab his mobile phone, but he managed to run away to safety to file his extraordinary photos and videos that were shared on Facebook by thousands. He said his work went viral on social media and was used by Aljazeera, Reuters, ABC, and many others.

The ABC’s former Pacific correspondent, veteran Sean Dorney told me he thought Evan Wasuka’s television story was terrific and he was impressed by the stories from the Solomon Islands media. He said he thought that all the Australian news media could learn a lesson from this about the talent that exists in the Pacific media.

In the developing world, the trend of local staff stepping forward is known as localisation. It’s an unexpected result of the closure of international borders because of Covid-19. For the past 18 months Australian advisers and consultant have been unable to travel to the Pacific to work on humanitarian projects. Local staff have successfully stepped forward to manage projects in their place. There are many who hope this will continue after international borders reopen.

Dorney said he’s sure Australian training and support delivered to Pacific journalists over the past 20 years by journalists – including himself, Jemima Garrett, and me – has contributed to the high-level skills displayed in Honiara.

Previous Article
Covid in Asia: the immediate payoff of donating vaccines
Next Article
In 2021, interest in Australian education has waned for Indians

Skripal: the West escalates, but where is the proof?

Governments should not rely on assertion and bombast, which is what has happened in the Skripal case.
Elise Thomas 5 Mar 2019 06:00

The Huawei indictments: allegations and politics

In an environment of such unpredictability, it is more important than ever that our leaders hold fast to a sense of what ultimately matters to Australia.