The French president is stung, the local media in uproar, and allies are caught in the storm. 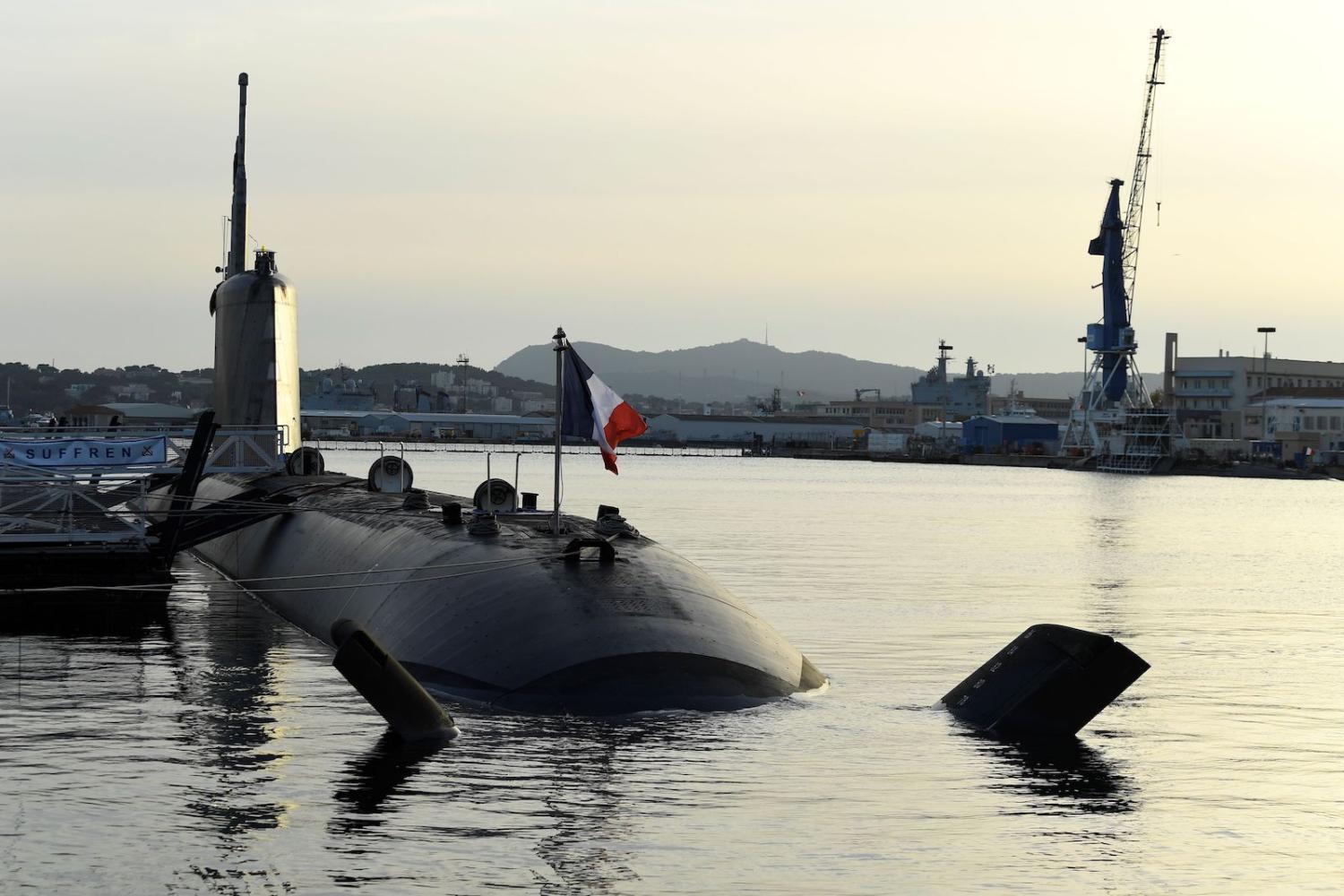 The French word déception means disappointment rather than deception, making it one of the infamous “false friends” the French language abounds in for English speakers trying to learn it. But when Naval Group, the French company that just lost what has been described in France as “the contract of the century” for 12 Attack Class submarines, declared in a statement to the French press that this was “une grande déception,” the false meaning may, for once, have been the real one.

Australia rarely makes the headlines in France but when it does, it’s usually for something bad. And from a French point of view, the Australian decision to turn its back on a done deal with France in favour of an offer of nuclear submarine technology from Britain and the United States is bad – very bad.

The French feel not just disappointed but deceived, betrayed.

Speaking on France Info, the French equivalent of ABC news radio, Foreign Affairs Minister Jean-Yves le Drian used the phrase “stab in the back”. Newspaper Le Parisien declared “in 48 hours, the ‘contract of the century’ has become the commercial snub of the century”, while according to French business weekly Challenges, it amounted to “a knife blow to the heart, that no one in France saw coming. A Trafalgar shot from which Naval Group will takes years to recover.”

The Battle of Trafalgar, of course, was the 1805 naval engagement that effectively put an end to Napoleon’s ambition to invade England and established British naval supremacy for the next century or so. Even allowing for the habitual hyperbole of the French press, and for the fact that the expression “Trafalgar shot” (coup de Trafalgar) can be used in many contexts in French, it is surely not insignificant that it has appeared more than once in French reactions to the cancellation of the contract as a result of a new pact between Britain, Australia and the United States.

For the French commune of Cherbourg-en-Cotentin, home of the Cherbourg Naval Base where part of the project was to be realised, the cancellation of the contract will be “a small social and economic earthquake”.

The idea of the Anglosphere as something more than a bunch of people who speak the same language is widely mocked by Anglophones themselves. But to outsiders, and to the French in particular, it is a simple and obvious reality. What is the Five Eyes intelligence alliance, after all, but an alliance of “the Anglo-Saxon powers,” so much so that it excludes countries such as France and Japan while including New Zealand, which isn’t a power at all?

People in Naval Group, the French government and French journalists who cover defence issues have long been angry at what they see as bias against France in Australian media and the major political parties. Why else would Naval Group have been forced, in a series of tortuous negotiations that now look ludicrous in light of the ultimate cancellation of the contract, to spend at least 60 per cent of the value of the contract in Australia, when the American company Lockheed Martin, responsible for integrating the submarine’s combat system, did not face the same pressure?

For the French commune of Cherbourg-en-Cotentin, home of the Cherbourg Naval Base where part of the project was to be realised, the cancellation of the contract will be “a small social and economic earthquake,” said Ouest-France, the most read French-language newspaper in the world despite, or perhaps because of, its focus on regional issues.

The people of Cherbourg made a real effort to welcome the Australians and their families who came to work or train at the base. In 2019, as a symbol of what supposed to be a long-term partnership, the Australian artists Elizabeth Close and James Cochran were commissioned to paint one of the sides of the local police station with an enormous fresco inspired by Aboriginal art. The presence of the Australians was even a factor in the creation of the only public bilingual school in the region.

So this will hurt. It has already hurt. In particular, it is a slap in the face for President Emmanuel Macron – another one, after earlier this year he was literally slapped in the face while shaking hands with members of the public, by a man described in French media as a “medieval combat enthusiast”. That incident led to a typically French outburst of hand-wringing among intellectuals and media figures about “national decline”, more evidence of which many people will see in the Australian decision to go with the United States and Britain.

Macron put himself on the line to support the submarine deal, although it was inherited from a previous regime. In June, he met in Paris with Australian Prime Minister Scott Morrison on the latter’s way back from the G7 summit in England to discuss several matters including the ongoing problems with the project. This meeting was so successful, from a French point of view, that it was reported under headlines like “The contract of the century is saved”. Was something lost in translation, even though Macron speaks pretty good English? Or was the British-American offer of nuclear submarine technology a genuine surprise to the Australians?

Australia has inflicted a stinging personal blow and given ammunition to Macron’s domestic political opponents within a year of a presidential election, and, while it is unlikely to really influence the result, he certainly won’t forget it. Could this, or French resentment more generally, be a problem for Australia? France as an Indo-Pacific power is much like what Gandhi is supposed to have said of Western civilisation: it would be a good idea. But one of the reasons Australia did the now infamous submarine deal with France in the first place was that France does have a genuine stake in the region.

The French, rightly or wrongly, will now see the long arm of Uncle Sam in every event that led up to the decision to cancel the contract.

Certainly, “the Indo-Pacific space is for France a geographic reality”. This apparently tautological statement, taken from the introduction to the 2018 French Indo-Pacific strategy document, refers to the fact that 93% of France’s exclusive economic zone – the largest in the world – is situated in the Indian or Pacific oceans, while around 1.5 million French citizens and 8,000 soldiers reside there in French territories. Indeed, the curious term “Indo-Pacific” might have been invented to lend weight to France’s claim to be more than a European, and perhaps African, power. None of France’s overseas territories, taken singly, amount to much in the terms of power politics, but taken together, they at least appear to add up to the potential to play a real role in the region.

Of course, Australia’s generally very good relations with France are founded on much more than the submarine deal, and like all of the other members of any balancing coalition against China, it will be self-interest – or not – that really drives France to participate in it.

And it may be that the decision to scrap the deal was the right one, all things considered. You can’t spare everyone’s feelings all the time, the French will get over it, and Australia’s relationship with the United States is, after all, much more important than the relationship with France. I just hope it was worth it.

As for France’s relations with Britain and the US, let’s say this affair won’t help. Brexit has strained relations between London and Paris, but the French, rightly or wrongly, will now see the long arm of Uncle Sam in every event that led up to the decision to cancel the contract. Macron and Joe Biden don’t like each other much, not surprisingly considering the differences between them. And the unilateral decision to withdraw from Afghanistan still sticks in the throats of many Europeans.

Tension between Paris and Washington? Plus ça change.

Revolution? No, but Bill Shorten might find it tricky to grin and bear it in dealings with Donald Trump’s White House.
Elaine Pearson 2 Aug 2022 10:44

The execution of four opposition activists by the junta needs urgent action from governments of all stripes.
Rachael Buckland 6 Jul 2017 17:07