The surprise of Biden

Written off before he improbably rose to the top, Joe Biden may have the right stuff to lead America through a crisis. 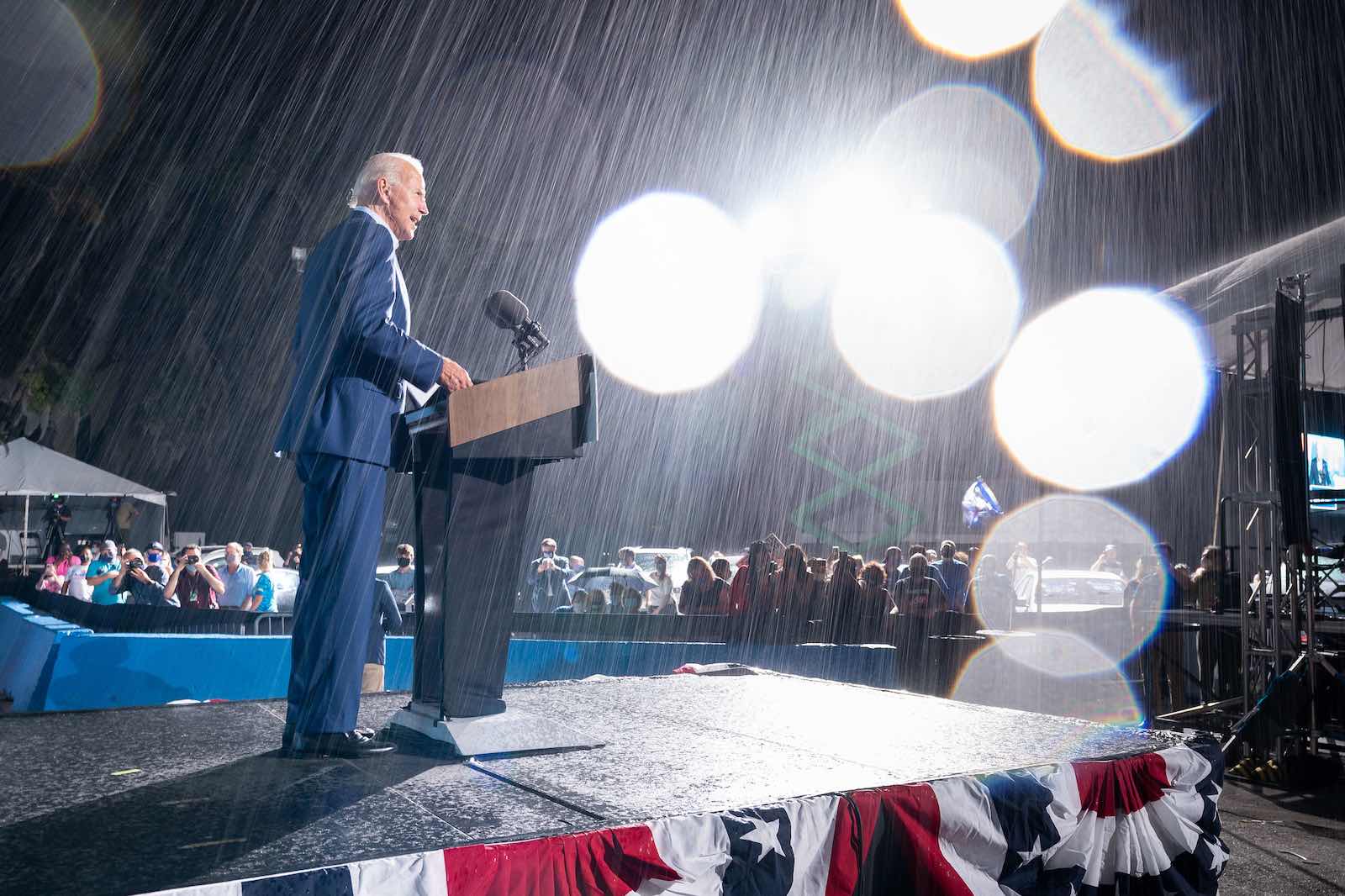 Now that the dust has settled on the 2020 election, with President Donald Trump talking about leaving the White House and Republican Senators engaging President-elect Joe Biden’s Cabinet nominees, it’s worth reflecting on the improbable rise of Biden, a man who has spent four decades in public life.

New Yorker writer Evan Osnos, who had the good fortune to release a biography of Biden shortly before the 2020 election, referred to the president-elect as an area of “accidental expertise”. As a long-time foreign correspondent, Osnos gravitated towards Biden in 2014 as a creature of foreign affairs. Then vice president Biden had been at the forefront of US foreign policy since 1997, but Osnos, along with most of Washington, did not expect Biden to be a future president.

Biden distinguished himself historically as a vice president whose influence never waned, but Barack Obama saw Hillary Clinton as his natural successor. In the memoirs and first draft histories written about the Obama administration, Biden generally appears as the faithful sidekick for Obama, “impossible not to like”, in spite of his tendency to infuriate the military hawks within the administration.

But political reporters knew a lot about Biden’s political gifts and weaknesses from Richard Ben Cramer’s epic masterpiece on the 1988 presidential campaign, What It Takes. Cramer closely followed the trajectory of six presidential contenders that year. Although Biden dropped out of the race relatively early, the sections of the book that focus on him – his emotional intensity, his charm and his tendency to misspeak, as well as his irrepressible appetite for connection – are particularly vivid.

Biden’s faithful service to Obama certainly helped him win the nomination in 2020, but in many respects, it was the qualities that distinguished a young Biden that mattered most.

Osnos’s biography connects Cramer’s depiction of a young Joe Biden to the 78-year-old Biden who will become president next month. There is an openness and a vulnerability to Biden that flows from the fact that he has always been a work in progress. The laborious, uneven nature of his progress, marked by tragedy, made his rise to the presidency seem unlikely, but it has also made him relatable.

When Biden entered the Senate at 30, he was young and ambitious, but not driven by liberal orthodoxy. Biden possessed an old-school sense of loyalty that prioritised family and neighbourhood ties.

After the loss of his wife and daughter, Senators from both parties provided Biden with the work and the friendship he needed to get through the tragedy.

Biden understood that success in the Senate demanded that he become a man of policy and substance, despite the fact that he was not Ivy League–educated or a particularly good student. Biden had overcome a childhood stutter through study and practice, and he doggedly applied the same persistence to his role in the Senate, eventually rising to lead the Judiciary and Foreign Relations committees.

In 2008, Obama chose Biden as his vice-presidential running mate, in large part because of his legislative experience, but also because Joe Biden – an affable, older white man from Scranton, Pennsylvania – offered political advantages to the ticket. Obama promised Biden that as vice president he would be in the room when major decisions were made, but the closeness that evolved between the two men was not a foregone conclusion.

Biden quickly proved he was a team player. He brought his long-time relationships in the Senate to a cerebral president who disliked working with Congress (“Why don’t you get a drink with Mitch McConnell?”), along with a practical approach to finding legislative compromise. Further, at 65 years old, Biden learned to work for someone other than himself and recognised that he could learn from Obama’s intellect and discipline.

In May 2015, Biden’s eldest son, Beau, died of brain cancer, and in the midst of his grief, Biden announced that he would not seek the presidency in 2016. While Democrats had a lot of affection for Biden, few, outside of his closest advisors, saw him as a viable candidate. And this, frankly, is where many political observers saw the story of Joe Biden coming to a close.

But the events of the past four years have led to a President-Elect Biden. Biden’s faithful service to Obama certainly helped him win the nomination in 2020, but in many respects, it was the qualities that distinguished a young Biden that mattered most. Biden refused to vilify Trump’s supporters and remained true to his decades-long effort to find the middle ground and connect with people.

And when he demonstrated the strength of his candidacy in South Carolina, his opponents dropped out quickly, and lined up to express their support. Senator Amy Klobuchar explained to Osnos that the speed with which people endorsed Biden was simple: “There are a lot of people who have a lot of love for Joe Biden and know him well.”

Age has brought Biden advantages, such as humility and a keen appreciation for the suffering of others. Stephen Colbert, the comedian and political commentator who spoke with Biden after Beau’s death, told Osnos, “Biden expressed the loneliness of grief and makes you feel less alone. For all of his mid-century American male qualities, he is not burdened with a particular curse of not being able to share any sense of weakness or injury.”

Without a Senate majority and a clear mandate, President Biden’s power will be limited. But his experience and commendable character traits present at least three opportunities.

First, the requirement to protect Americans from the ongoing public health and economic crisis brought on by the Covid-19 pandemic is an incentive for Republican members of Congress to seek agreement with the administration. As a president steeped in legislative process, Biden may be able to identify ways to work with individual members of Congress to move legislation forward (particularly those who have shown a willingness to part with Trump).

Second, in an era of extreme polarisation, Biden is committed to being a president for all Americans and has begun to reach out to those who voted for Trump. They may not be open to his entreaties at the moment, but Biden’s history suggests that he will doggedly pursue a connection with them.

Finally, Osnos credits Biden with understanding that there is a large chasm between him and the younger coming-of-age members of his party, which is why he started talking about being a “transition candidate” in the spring of 2020. Biden elevated Senator Kamala Harris as vice president–elect, and he invited Senator Bernie Sanders’s supporters into a comprehensive policy discussion and impressed progressive leaders with his willingness to listen.

Perhaps the story of Joe Biden ends with him, imperfectly but reliably, leading Americans through this crisis and lifting the next generation up along the way.