With the Security Council once more hostage to the veto, the General Assembly should test the world’s resolve. 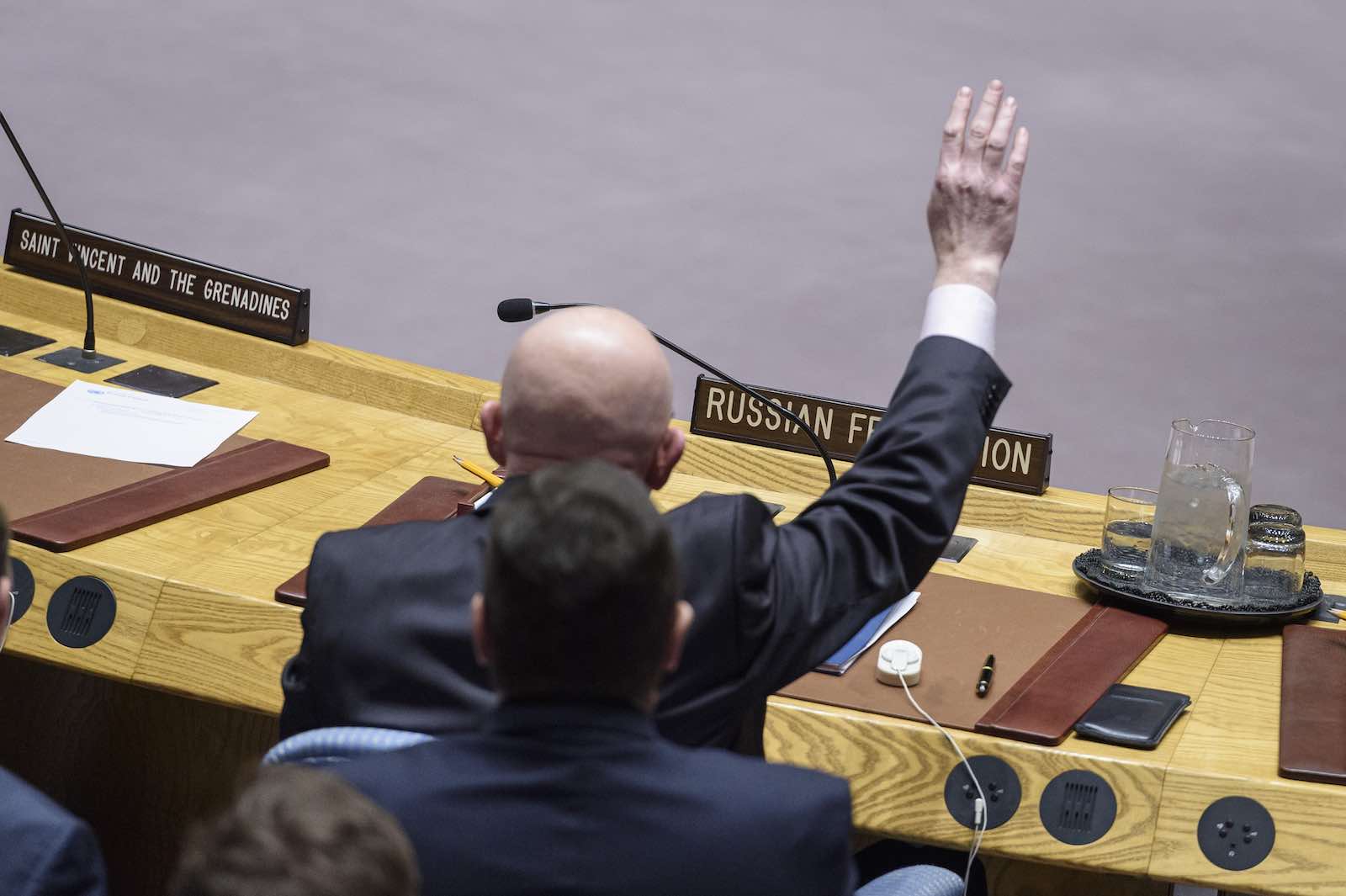 As the Syrian Government intensifies its offensive against Syria’s Idlib province, the final opposition stronghold in the nine-year old war, diplomats and UN officials are running out of words in their attempts to convey the severity of the crisis to the UN Security Council. The UN Emergency Relief Coordinator says it’s the “biggest humanitarian horror of the 21st century”. France’s representative told the Security Council “there no longer seems to be any limit to the suffering the regime is ready to inflict on its own people”. The UN Secretary General’s Special Envoy for Syria has warned of “even greater catastrophic human suffering” to come.

The crisis received an upsurge of international attention last week following a Syrian Government attack on Turkish troops, resulting in dozens of casualties and prompting Turkey to announce that it would no longer stop Syrian refugees in Turkey from seeking to reach Europe. The prospect of four million Syrian refugees no longer confined within Turkey’s borders promptly led the European Union to announce an “extraordinary meeting” to discuss the “terrible human crisis”.

The fighting is getting closer to densely populated areas, aid agencies are overwhelmed, families are burning their clothes and furniture to stay warm, and children are freezing to death and being bombed.

More than 900,000 people in Idlib have been forced from their homes since December, desperately fleeing the airstrikes and ground attacks. The fighting is getting closer to densely populated areas, aid agencies are overwhelmed, families are burning their clothes and furniture to stay warm, and children are freezing to death and being bombed. Thirty-five children were killed in the first two weeks of February alone.

The Security Council should be demanding an immediate ceasefire. It should be demanding compliance with international humanitarian law. It should be imposing measures to isolate the Syrian regime – things like asset freezes and travel bans. And, as the UN’s Special Envoy for Syria said last month, it should be putting “its weight behind the search for a political way forward”. It’s obvious that the efforts being led by the “Astana group” – Russia, Iran and Turkey – aren’t bearing fruit, and a number of Security Council members have expressed their desire for the UN to take control of the political track.

But the Security Council isn’t doing any of these things. Decisions of the Security Council are subject to the veto of any of the five permanent members, and these include Russia, the primary supporter of the Syrian Government’s offensive in Idlib. Russia has now vetoed 14 resolutions on the Syrian crisis, including some aimed exclusively at minimising the conflict’s humanitarian consequences, and its unlikely to change its tune now.

The near impossibility of the Security Council agreeing on anything meaningful on Syria was highlighted in successive Council meetings throughout February. While most Council members focused on alleviating the humanitarian crises, Russia’s representative accused them of “playing the card of civilian suffering … every time the terrorists you cherish are in danger”. He criticised aid agencies for supplying heaters that catch fire in tents and kill people, and said that Russia would not end its support for the Syrian Government.

There is one thing that the Security Council could do to get around Russia, and that is to pass a resolution referring the situation to the UN General Assembly. It would be a procedural resolution, so it would just need to be passed by a majority, and wouldn’t be subject to the veto. It’s a procedure that hasn’t been used for a while, but it has been used in numerous previous crises in which the Security Council has been blocked by the veto – with varying degrees of success.

Most Security Council members want to see action on Syria. Last week nine of the Council’s 15 members took the unusual step of formally asking the Secretary General to launch an initiative to secure a cease-fire; and the UK’s representative to the UN said recently that that “13 or 14 Council members” were “willing to act”.

The General Assembly doesn’t need a referral from the Security Council in order to pass a resolution on the humanitarian crisis in Syria. It could just act on its own initiative, and indeed it should. But a referral from the Security Council would be a way for the Council’s concerned majority to make a political statement regarding the urgency of the situation, and it would be difficult for the Assembly to ignore.

Just how far down the political radar this is was highlighted last week, when Syria was discussed in the UK House of Commons. A question was asked about the role of the General Assembly, and the responsible minister responded that he’d “not had the opportunity to test” the General Assembly’s position on the issue. Well, now would be a good time.

What could the General Assembly usefully do? It could call for an immediate halt to the violence, it could call on the parties to the conflict to respect international humanitarian law (including by not bombing hospitals) and for the perpetrators of violations to be held to account, and it could call for unimpeded humanitarian access. It could also call on states to impose further measures to diplomatically and economically isolate the Syrian regime. None of it would be legally binding, but it would be a whole lot better than both the Security Council and the General Assembly doing nothing.

Show 1 Comments
Previous Article
Australia should speak out on India’s democratic crisis
Next Article
Modern slavery reports, year one: What can we expect?