Overshadowed by US-China tensions, the shared sense of purpose that formed the G20 has almost entirely dissipated. 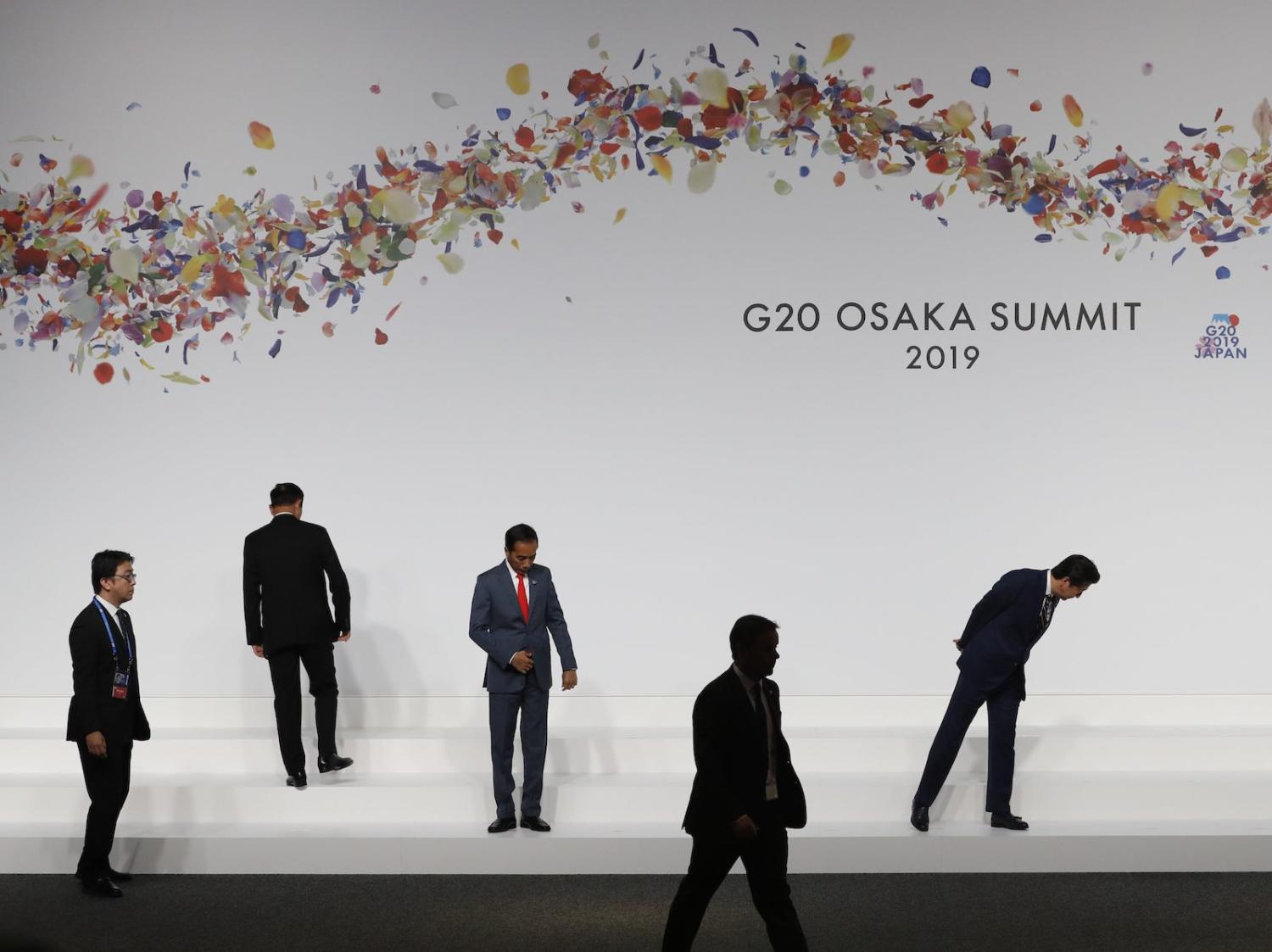 The G20 leaders’ summit hosted by Japan last Friday and Saturday left many observers underwhelmed. The purpose of the G20 leaders’ summit, since its inception in 2008 to deal with the global financial crisis, is for leaders to work together to deliver “strong, sustainable, balanced and inclusive growth” for all. There are plenty of very real issues to discuss, and Japanese Prime Minister Abe set a meaningful agenda. Some positive outcomes were achieved. However, overall, Japan was unable to deliver on its ambitions.

Cooperation was always going to be a big task for this G20, given the current geo-political climate. And, once again, all of this was overshadowed by bilateral talks between Chinese President Xi Jinping and US President Donald Trump.

So, first to the Xi/Trump meeting. As American baseball player Yogi Berra put it, “it’s déjà vu all over again”. We now find ourselves in almost the same situation as post the G20 leaders’ summit in Buenos Aires in December last year.

There were, again, three main options: a) a real deal; b) another détente allowing space for the resumption of negotiations; c) a failed meeting and the US increasing tariffs and China retaliating in some form, including further tariffs of its own.

Markets, and many humans, were relieved that the meeting took place, and the existing 25% tariffs on US$200 billion of Chinese exports into the US were not extended to the remaining US$300 billion. KPMG modelling and Lowy Institute research has shown the serious implications this would have for an already weak global economy.

It is now well-understood that we need to temper our optimism. This pause does not mean a deal is just around the corner. After 11 rounds of talks, you might conclude that agreement must surely be close. In fact, those meetings have simply plucked the proverbial low-hanging fruit. What remains has very little to do with economic reform and is much more about the socio-political issues closest to the hearts and souls of both sides.

In the US, the “deep state” is resolute that China’s economic policies must accord to international rules. China’s white paper released in September last year explicated its position regarding US criticisms. There still remains the very real possibility of the US increasing tariffs, particularly as the US gets closer to elections and Trump needs to demonstrate concrete results, and China retaliating in some form, including with further tariffs of its own. Negotiators are going to need to re-think their goals and their tactics.

The Xi/Trump meeting aside, how can we understand the Osaka G20?

In addition to the US-China truce, there were other positives. For example, Indonesia led a coalition of countries, including Australia, to proactively argue for protecting the multilateral trade system, including substantive World Trade Organisation reform. Australian Prime Minister Scott Morrison successfully built on months of diplomatic efforts to deliver an agreement by G20 leaders demanding social media companies lift their standards on how quickly terrorist content must be removed when contacted by authorities.

As one analyst described it, the leaders are in the same boat, but paddling in different directions.

Overall, however, the ambitious agenda set by Japanese Prime Minister Abe was not realised.

Abe set three key issues to be addressed at this summit.

Firstly, to strengthen the international order for free and fair trade, with finalising the Regional Comprehensive Economic Partnership (RCEP) as a primary step, ideally by the end of this year. Also on Abe’s agenda was addressing the unforeseen challenges of the digital economy, such as progressing the discussion on taxation of the digitalised economy. Abe has been promoting a rules-based system of “Data Free Flow with Trust” (DFFT) to allow the benefits of the digital economy to be shared globally.

The third major issue Abe put on the table was how to use disruptive innovation to tackle global environmental challenges, for example, using carbon dioxide as a resource.

Japan also identified some other issues where the G20 could set the global agenda, including establishing shared principles for quality infrastructure investment, which could cover issues such as governance, social and environmental protections, and debt sustainability. All G20 finance ministers endorsed these principles in their June communique. International cooperation on global health, ageing, cryptocurrencies and tax avoidance were also Japanese priorities for this G20 summit.

These are all worthy goals. However, regrettably, political will – the main element necessary (although not necessarily sufficient) for achieving these outcomes – was in short supply in Osaka. The shared sense of purpose and pursuit of the global good that motivated the formation of the G20 21 years ago has almost entirely dissipated. As one analyst described it, the leaders are in the same boat, but paddling in different directions. The current geopolitical climate is dominated by a retreat from the global into the national, with political leaders focusing on the growing sense of dissatisfaction, fear, and marginalisation inside countries’ borders. Indeed, in some instances, politicians are deliberately stoking these fears for their own political benefit.

This all of course raises the question of whether the G20 is still relevant. Can it, in fact, deliver “strong, sustainable, balanced and inclusive growth” in the current geopolitical environment? This question is however actually just symptomatic of a deeper issue – the erosion of internationalism because domestic constituencies are so disillusioned about globalisation’s benefits. If that is indeed the case, it is this core challenge that needs to be addressed in order for the symptoms to be cured, rather than simply patched over.

Not only in responding to disasters at home, a floating hospital can advance Japan’s interests in the region.
Arzan Tarapore 12 Dec 2019 11:00

India has compelling reasons to expand its presence in east waters – and Australia has broader reasons to help.