Draft legislation to strictly control all kinds of groups could crush civil society and drive out foreign organisations. 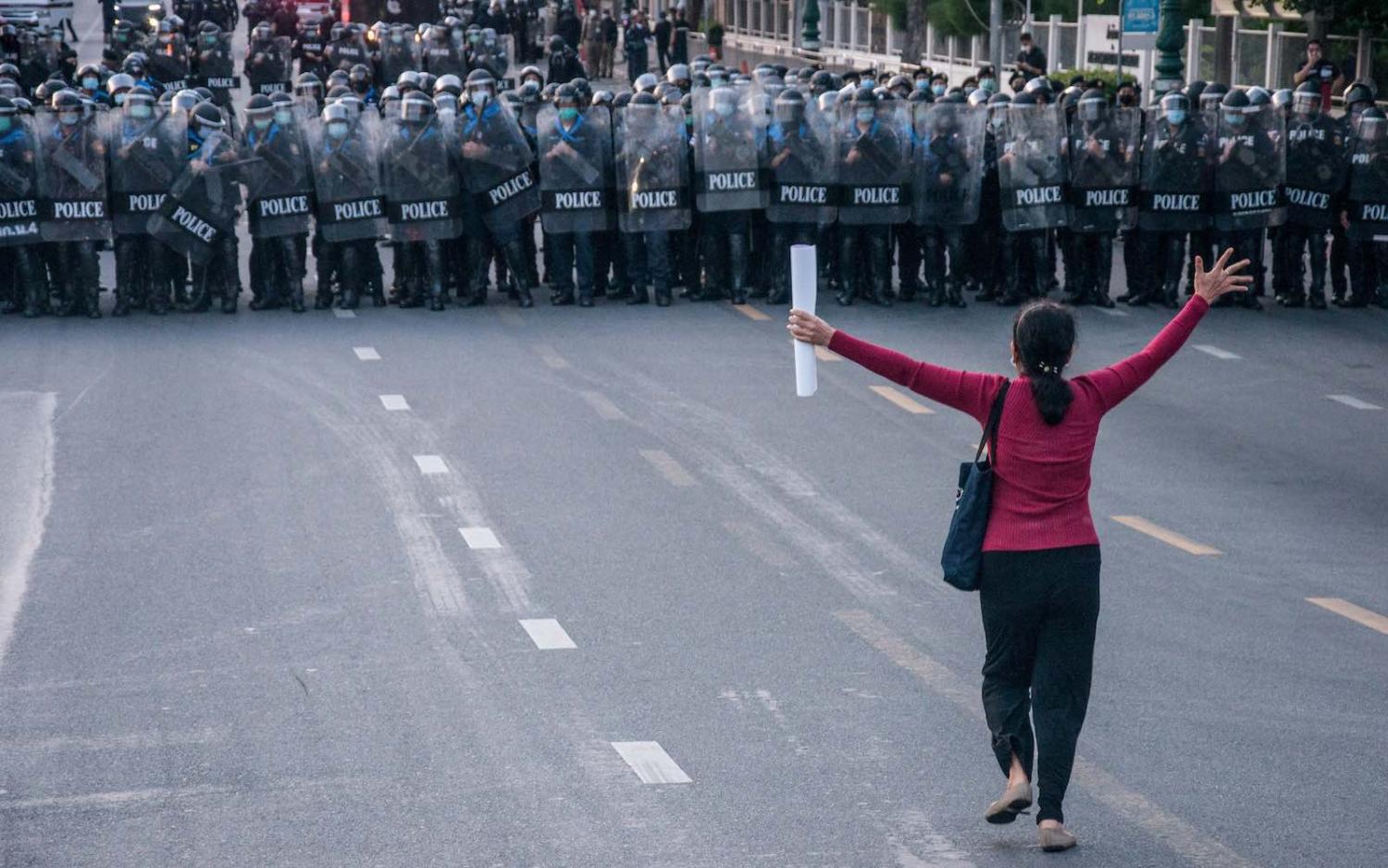 For decades, Thailand has served as the primary regional hub for UN agencies and programs, international humanitarian organisations and advocacy groups. In comparison to their neighbors in mainland Southeast Asia, Thai people have enjoyed a relatively open civic environment. Thailand has long been a place where researchers hold press conferences, authors launch books, advocates meet diplomats and academics hold workshops.

Since a military coup in 2014, however, civic space and fundamental freedoms have taken a beating in Thailand. Authorities have harassed activists, cracked down on protesters and obstructed the proceedings of civil society. But these actions have failed to fully extinguish dissent, and Prime Minister Prayuth Chan-ocha’s government has now proposed a draconian new law governing associations and organisations, which, if passed, would do more to crush civic space and undermine Thailand’s role in the region than any other effort by the Thai government in the past decade.

On 12 March, Thailand’s Office of the Council of State put forward the Draft Act on Operations of Not-for-Profit Organisations. The proposed law would establish a mandatory registration scheme overseen by the Ministry of Interior and grant authorities expansive powers to control and monitor groups of all sizes and types. Its broad terms and steep penalties would likely be wielded arbitrarily against independent-minded individuals and organisations.

Under the proposed legislation, any group engaged in non-profit activities – no matter how small, informal or unorganised – would be required to register with the ministry. Student groups, community organisations, protest movements, artistic collectives, social clubs and short-lived associations would all fall within the remit of the law.

Passing this proposed legislation would mark a further turn towards authoritarianism and force many to reassess Thailand’s place in the global community.

The leaders of many small or informal groups would likely not even realise that they are required to register. Others would consider the duties of registered organisations – including audits and compliance with as-yet-unspecified “criteria, methods and conditions” – too onerous to bear. The vast scope of the law means that it would be impossible to apply comprehensively and could only be enforced selectively.

The penalties for failing to register are steep: individuals associated with an unregistered group could be punished with up to five years’ imprisonment.

Despite these penalties, the risks and burdens associated with registration would be intolerable for many organisations. The law would give the Ministry of Interior sweeping powers to determine the conditions under which registered groups operate. Activities backed by foreign funds would require pre-approval by the ministry, with foreseeable consequences for groups that frequently come into conflict with the government. More worrying still, the law would allow officials to inspect a registered organisation’s office and access its emails without justification or judicial oversight. It provides no safeguards against governmental misuse or arbitrary application of the law.

The government has provided numerous hints about how it intends to use the law. In February, a senior intelligence official specifically cited a statement signed by 13 human rights organisations (including our own organisation, Article 19, which works to protect freedom of expression as set out in the Universal Declaration of Human Rights) as demonstrating the need for further control over organisations working in Thailand. The statement in question condemned the government’s use of force against protesters.

Moreover, the selection of the Ministry of Interior as the ministry responsible for enforcing the law is telling. The Ministry of Interior oversees local administration and internal security within Thailand. As a result, it frequently comes into conflict with community associations, non-governmental organisations and other groups that would be governed by the law. The surveillance and enforcement powers granted by the law would bolster the ministry, to the detriment of those seeking to hold government officials accountable for corruption, human rights abuses or other misdeeds.

Perhaps recognising how this pernicious law would be perceived, the government provided a window of only two weeks for public comment. Although this was not nearly enough time for the public to properly vet the proposed legislation, Article 19 and several partners submitted critiques of the proposed law and called for its withdrawal.

Adding to the law’s recklessness, the timeline set forth for registration – 30 days from the date of enactment – does not provide enough time for the ministry to register the thousands of currently unregistered groups operating in Thailand. If it were passed, numerous organisations would be forced to cease operations, and many would never reopen.

If enacted, the proposed law would devastate Thai civil society and could lead to an exodus of international organisations currently based in Thailand. Thai authorities should facilitate an environment in which civil society groups enjoy more, not less, freedom to provide humanitarian assistance, defend human rights and meet other pressing societal needs. The proposed law adopts an approach that is contrary to this goal. It cannot be repaired and should not serve as a point of reference for any further efforts to regulate NGOs, civil society or other associations in Thailand.

In recent years, the Thai government has done great damage to its reputation by trampling on fundamental freedoms. Passing this proposed legislation would mark a further turn towards authoritarianism and force many to reassess Thailand’s place in the global community.

Previous Article
The Quad’s uneasy place in Southeast Asia
Next Article
Has China given up on state-owned enterprise reform?

The new legislation will shift regional power dynamics, but it can’t eradicate an entrenched culture of kickbacks.
Craig Keating 28 Oct 2020 12:00

To understand today’s protests, look to the decades past and the country’s incomplete transition to democracy.
Patrick Jory 7 Jul 2017 13:07