Mounting crises raise questions about infrastructure spending, the uses of oil wealth and the need for elite consensus. 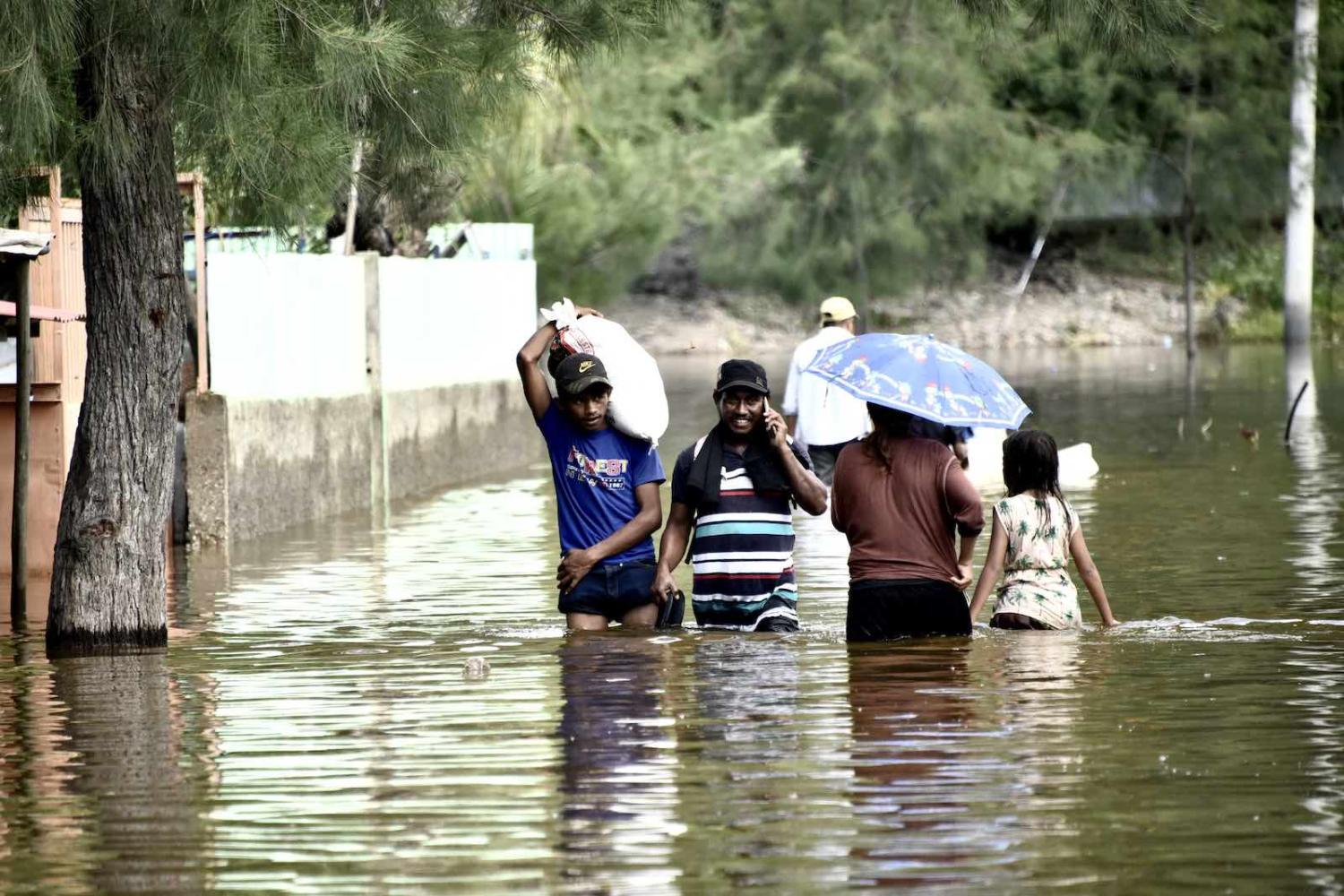 The recent floods in Timor-Leste have now caused 45 deaths and some 10,000 people to be displaced, including 7000 in the capital, with widespread damage to roads and bridges, and around 4500 dwellings destroyed. The government has called for international assistance, as a number of local non-government initiatives mobilised to feed and shelter the displaced. Australia has responded with $7 million in aid, emergency relief and water tanks, though questions have been raised as to whether these commitments match the scale of the calamity.

With Timor-Leste’s first Covid outbreak occurring at the same time, these twin crises present multilayered challenges to government and major stress points in Timor-Leste’s state-building project. These go beyond the usual political rifts in the elite to include clashes between tradition and pandemic management, challenges of urban planning, the legacies of infrastructure spending, and rural-urban migrations to Dili. Taken together, these factors highlight the complex human security challenges facing the country.

To complicate matters, these events take place against a backdrop of political infighting and division which make dealing with the current challenges that much greater, and future progress in development less certain.

The devastating floods, so soon after a smaller but destructive deluge in 2020, highlight the need for improved urban planning and drainage works as Dili expands. While these may not have been enough to completely protect Dili against such intense downpours, these cyclical incidents raise serious questions about infrastructure spending priorities over the last decade, the uses of Timor-Leste’s finite oil wealth and the need for a new elite consensus on development.

Additionally, the floods draw attention to risk factors largely beyond government control – namely the future of climate change and sea level rises – and the sort of planning needed to mitigate these effects, which much of the Pacific is also confronting.

Dili’s growing population is partly a product of the economic draw card of the capital and sustained rural-to-urban migration, which in turn highlights the stalled decentralisation agenda in Timor-Leste – more young Timorese would stay in the districts if better education and more job opportunities were available, reducing strain on the urban environment of Dili.

Additionally, the floods draw attention to risk factors largely beyond government control – namely the future of climate change and sea level rises – and the sort of planning needed to mitigate these effects, which much of the Pacific is also confronting. Notably, the 2016 master plan for Dili’s urban development lacks adequate consideration of climate adaptation measures.

While the government has struggled to deal with the scale of the Covid challenges, provoking criticism from some local NGOs, they are hardly alone. After an extremely successful year containing Covid with border quarantine in 2020, March 2021 saw Timor-Leste’s first cases of community transmission and Dili’s first lockdown and a sanitary fence between major population areas.

The flooding hit at the worst possible time, with the need for people to shelter with family and friends overriding social distancing measures, and many already reliant on government support to get through the economic impact of the lockdown. An uptick in community transmissions has been evident in the wake of the floods, though many cases remain asymptomatic. With a median age of 18, Timor-Leste enjoys some communal advantages, but these demographic features do not protect the elderly and vulnerable groups.

Meanwhile, when national unity would be most useful, elite rifts remain as prominent as ever.

Out of power since early 2020 after two political coalitions collapsed – the second triggered by a rift with political allies over extending the first Covid state of emergency – former prime minister Xanana Gusmão, hero of the independence struggle, has been party building in opposition, but also getting caught up in considerable controversy.

Before the floods, as the government attempted to educate the public on the need for social distancing, Gusmão was recorded several times drawing crowds after lockdown had been declared, in apparent defiance of or indifference to the new regulations, and even making fun of police who responded.

Gusmão is a highly influential and charismatic figure, and his actions complicated the government’s efforts to educate the public on social distancing. Even political allies expressed some concern, with former president and prime minister José Ramos-Horta noting that Gusmão has “an impact, as he is the most influential figure in the country … And obviously he can influence the behaviour of citizens”.

Once the floods hit, the government’s efforts became even more challenging. These issues came to a head last week over the funeral of Timor-Leste’s second Covid victim, in a standoff between the family who wanted the body and state’s new position on Covid burials. This proved a genuinely complex issue, involving a clash between traditional funerary norms and Covid sanitary rules, with families fearing a Covid diagnosis would deny them the ability to participate in traditional rites.

Many see in these episodes the dominance of patriarchal relationships in Timor-Leste’s politics, and maun bo’otismo – a sense that influential senior male figures are more equal than others in Timorese politics.

Gusmão championed the family’s right to the body, but he also questioned the results of the Covid test, and suggested the cause of death was another illness, leading to a public spat with the health minister. Former prime minister and medical doctor Rui Araujo, currently heading the government’s Covid response, suggested Timor-Leste had its own Jair Bolsonaro or Donald Trump obstructing the fight against Covid.

Ramos-Horta diplomatically pointed out that the government’s position on Covid burials went beyond the guidelines of accepted international practice. In the end, a compromise was reached, with government conceding that its initial position was an overreach, and the family accepting certain limits on handling of the corpse, which was returned.

This outcome was welcome, although two other members of the same family were infected and are refusing to isolate. Perhaps more disturbing, however, were video images from the episode of Gusmão slapping a woman in public ­– a member of the mourning family. This physical strike by a high-profile leader, ignored by attendant police, sends a poor message in a country where domestic violence is another epidemic. It comes in the wake of Gusmão’s public appearance at the birthday of alleged paedophile priest Richard Daschbach in January, a move condemned by his former wife Kirsty Sword and their three sons as one which lacked sympathy for the victims of sexual abuse and which may prejudice Daschbach’s forthcoming trial.

Many see in these episodes the dominance of patriarchal relationships in Timor-Leste’s politics, and maun bo’otismo – a cult of “big brother” politics and the associated sense that influential senior male figures are more equal than others in Timorese politics.

Even as Timor-Leste struggles with the twin crises of floods and Covid, Timor-Leste politics remain divisive, but at the moment the focus is on the recovering from the floods, and the situation remains urgent. Certainly, a spirit of national unity in the face of Covid and flood damage would be welcome. This week, the government announced new building controls for landslide and flood prone areas, and new housing for the displaced at Hera, east of Dili. As the 2006 political-military crisis showed, elite rifts can be destructive in the hothouse environment of urban displacement in Dili. The floods and their aftermath, combined with a Covid outbreak, provide potential for instability, making regional assistance a major priority.

Previous Article
Malaysia’s political turmoil has an economic cost
Next Article
Bhutan: Happy days for the jab in between a strategic pinch

A spending surge aims to steer the economy out of crisis, but high debt and heavy interest pose another risk.
David Brewster 1 Apr 2020 14:30