Putin’s new escalatory threats and the near-existential battle for Russia and its president. 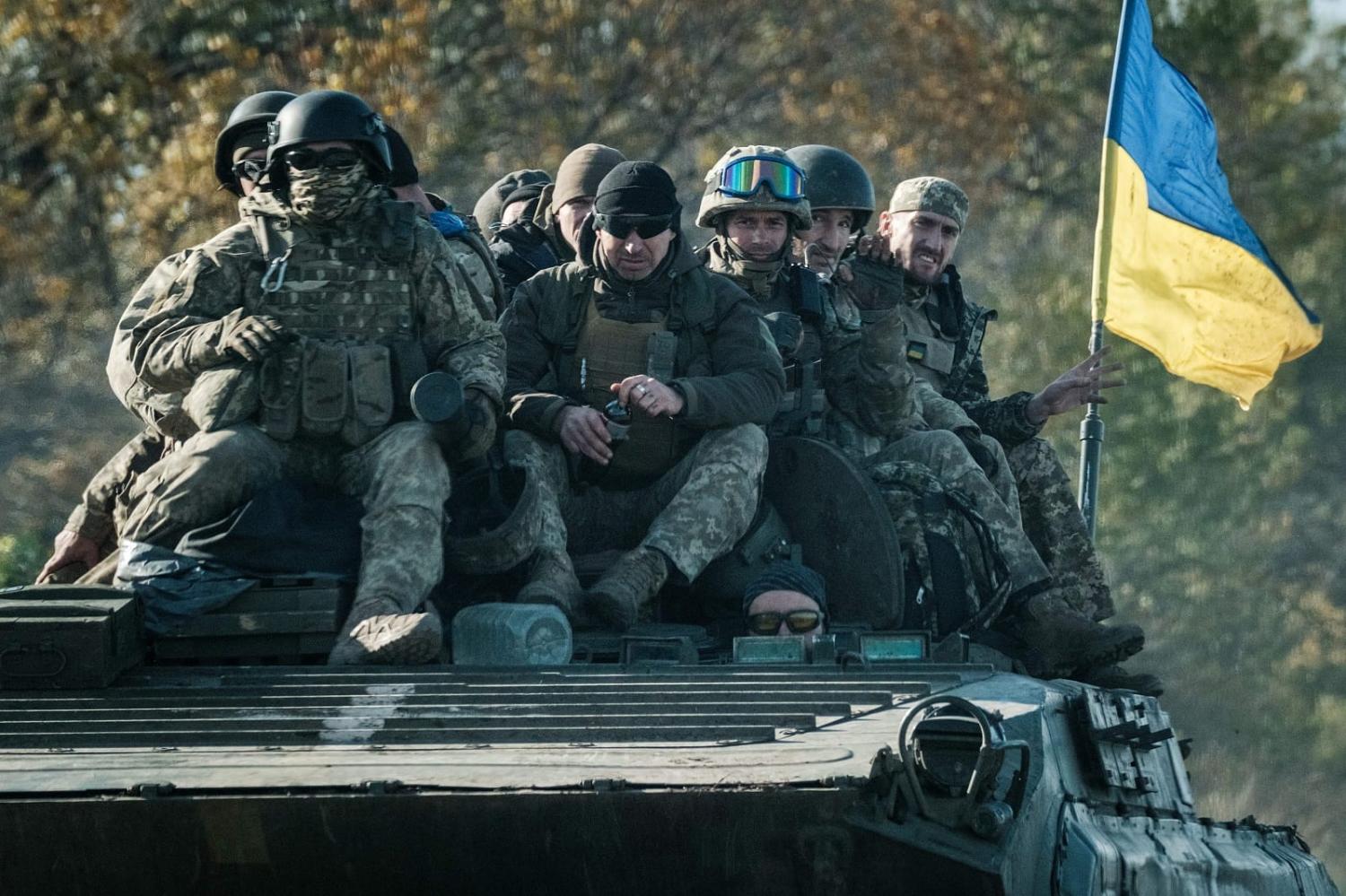 On the battlefield, Russian forces are on the back foot, short of personnel and low on morale. The unexpected Ukrainian counter-offensive in Kharkiv region in early September proved remarkably successful, making rapid and substantial territorial gains, routing Russian forces caught unawares, and capturing large quantities of Russian equipment. Ukraine’s recapture of Izyum and the key transport node of Kupiansk jeopardise Russian efforts to seize all of the Donbass.

Ukrainian forces have made slower progress in their offensive against entrenched and better-quality Russian forces to the south around Kherson. Rather than seeking to retake the city itself, the Ukrainians appear intent instead on isolating sizeable Russian forces on the western bank of the Dnipro River.

External support for Kyiv has been crucial. In particular, supplies of advanced Western weaponry have proved a game-changer in facilitating Ukraine’s battlefield success. The spectacular gains around Kharkiv have encouraged its Western supporters that Ukraine is capable of turning the tide on its Russian invaders. At the same time, Putin’s efforts to erode Western support for Ukraine by applying economic pressure through reducing energy supplies to Europe haven’t worked – at least, not so far. Both the United States and the European Union have reaffirmed their strong support for Ukraine. Brussels has extended sanctions on Russia for a further six months. And going into autumn, gas storage levels in Germany are approaching 90 per cent capacity.

Renewed conflict and other stirrings of unrest around the periphery of the former Soviet empire point to diminished Russian influence – whether in the South Caucasus between Armenia and Azerbaijan, in the fighting between Tajikistan and Kyrgyzstan along their un-demarcated border, or President Xi Jinping’s reassurances of China’s support for Kazakhstan’s sovereignty and territorial integrity following menacing irredentist statements from Moscow.

And at home, the Kremlin has been facing for the first time public signs of concern and unhappiness at the course of the “special military operation”. This has come initially not from opponents of the war but instead from an angry and frustrated backlash among pro-war Russian nationalists, critical of the half-hearted way in which Russia is waging the war.

The partial mobilisation brings the war home to ordinary Russians more than ever before.

Putin’s response to this pressure, not unexpectedly, has been to double down. In his unusually short national address on 21 September, Putin announced partial mobilisation and support for hastily organised referendums in four Russian-occupied regions in eastern Ukraine (Luhansk, Donetsk, Kherson and Zaporizhia). Ominously, repeating his claims that NATO aimed to “weaken, divide and destroy Russia”, Putin warned that if Russia’s territorial integrity is threatened, Russia would use all the means at its disposal to defend the country and its people, adding “this is not a bluff”.

That hasn’t worked, though, with the announcement sparking public demonstrations and a rush by potential conscripts to flee the country. And claims by Defence Minister Sergei Shoigu that the measure would yield an additional 300,000 soldiers are vague, not to mention the time it will take to retrain, equip and deploy the new troops to Ukraine.

The referendums are expected to lead to the annexation of Russian-occupied territories in eastern Ukraine. This is significant because it would enable the Kremlin to assert that these areas would be defended like any other part of Russia in the context of Putin’s bellicose threats to use all options (by implication, including nuclear weapons) to defend Russian territory.

In upping the ante by brandishing the nuclear threat again, Putin’s objective is essentially political: to signal that Moscow is in Ukraine for the long haul and to scare Ukraine’s Western backers into backing down; and to withhold support for Ukraine and put pressure on Kyiv to cut a deal with Moscow. Initial Western reaction suggests that’s not likely to happen.

Yet, while Ukraine’s recent battlefield success is heartening for its Western backers, it’s hard to see Russian forces being dislodged completely from eastern Ukraine (absent a complete collapse in command and morale).

So, as before, the answer to how this conflict might end essentially rests in Moscow.

Putin’s escalatory actions and rhetoric smack of defiance and desperation. The partial mobilisation brings the war home to ordinary Russians more than ever before.

But there’s no sign that Putin intends backing down. Nor can he afford to: he has portrayed this as a near-existential struggle for Russia. It certainly is for his leadership.

The pointy end for the Melanesian Spearhead Group

The forum has past success in mediating bitter disputes, but faces a sharp test with regional independence movements.
Peter Layton 18 Mar 2022 14:30

Has Vladimir Putin achieved precisely what he hoped not to?