Even more than the last pro-democracy demonstrations, at stake is Hong Kong’s future with common law at its heart. 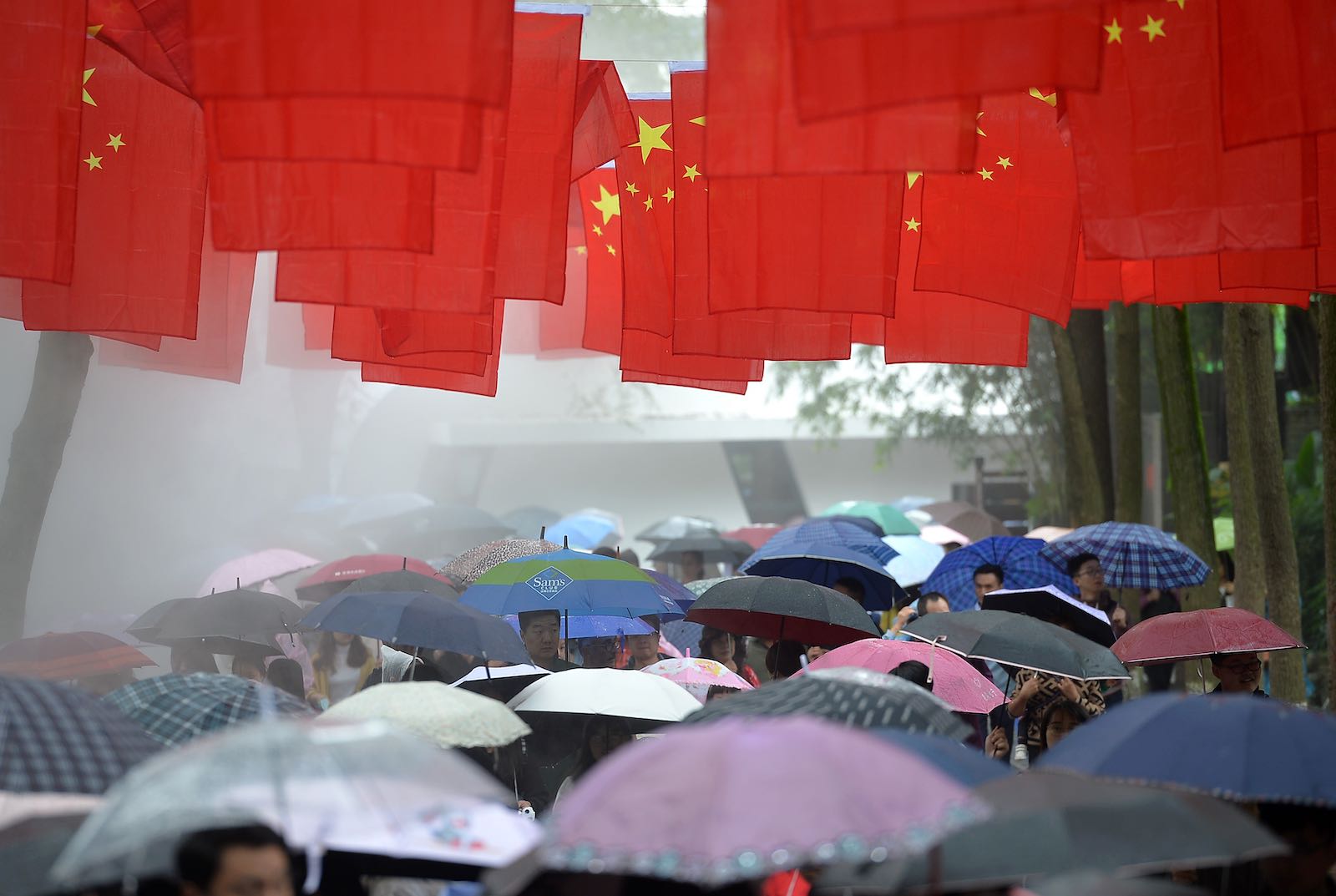 Amid the erosion of freedoms and increasing self-censorship, the rule of law is what is left that sets Hong Kong apart from the rest of China (Photo: Wang Qin via Getty)
Published 14 Jun 2019 15:30   0 Comments       Follow @VivienneChow

On Wednesday, the Hong Kong police opened fire at tens of thousands of young protesters who had gathered outside the Legislative Council in the city centre of Admiralty hoping to stop the second reading of the controversial extradition bill with China from taking place. Young people equipped themselves with face masks, goggles, helmets and umbrellas stood in a line of defiance against the authorities.

At first glance, the scene felt like déjà vu, a scene from the 2014 pro-democracy Umbrella Movement. But in reality, this is Umbrella Movement 2.0. It is not only opposition against the Carrie Lam-led Hong Kong government and the extradition bill. It exposes the fundamental flaws of the ideals of “one country, two systems” as China grew stronger as an economic power that attempts to challenge the dominance of the West, while Hong Kong’s attempts to hold onto its identity and accidentally embroils itself in these global conflicts. The latest protest has also united more people and public opinion than four-and-a-half years ago.

The “612” (named for the date, 12 June) violent clashes, which involved the firing of 150 rounds of tear gas and 20 bean bag shots at not only protesters but also the press, were a direct result of the Hong Kong government’s blatant rejection of the voices of more than one million people who took to the streets just days before (Sunday, 9 June). The government proposed amending the existing laws so that it will allow Hong Kong to send suspects to stand trial in mainland China. The Progressive Lawyers Group explains the current law does not allow mainland China to extradite suspects from Hong Kong, but once the amendments are made, anyone who is considered a suspect by mainland China can be sent to the Chinese court, regardless of nationality, as soon as they set foot in Hong Kong.

Unlike the 2014 protests, there is too much at stake with the passing of this bill. In 2014 protesters demanded for universal suffrage to choose the city’s leader without Beijing’s screening, but some people were “OK” with Beijing picking the candidates as long as Hongkongers were allowed to pick the chief executive afterwards.

But this time, the urgency to stop the bill is imminent, as it will take down the most pivotal wall that separates mainland China and Hong Kong. Unlike China, which is governed by criminal law and fair trial remains questionable, Hong Kong continues to adopt the common law system after it was handed over by Britain to China in 1997. Amid the erosion of freedoms and increasing self-censorship, the rule of law is what is left that sets Hong Kong apart from the rest of China.

This is not just about freedom and democracy – the intangible ideals that many pragmatic Hongkongers would find difficult to grasp. This is about the special status the city relies on for economic prosperity. Many Hong Kong people realise the importance of this. And the massive protests have already garnered attention from the West, with the European Union expressing concerns over foreign citizens and business confidence in Hong Kong. Britain has warned how this development could undermine the city’s freedom that was promised in the Sino-British Joint Declaration signed in 1984, which sealed the fate of Hong Kong by transferring the sovereignty of the city from Britain to China.

This is further complicated by the tension between China and the US, over an ongoing trade war and political conflicts. For over a century, Hong Kong has acted as a bridge between China and the rest of the world, and this status remains after the handover because of “two systems”. This puts Hong Kong in an advantageous but also an awkward position. When “one country” is above all, it is fundamentally in conflict with the city’s Westernised system that respects freedoms and the rule of law inherited from its British days. Hong Kong can be collateral damage when China is in conflict with others.

Hong Kong can be collateral damage when China is in conflict with others.

Things are already set in motion. The US has already weighed in on the matter. House Democrat Nancy Pelosi warned that the Congress might review the city’s special status. Almost immediately following the 612 violent clashes, Ten congressmen led by Senator Marco Rubio introduced a bill to amend the US-Hong Kong Policy Act. Signed in 1992, the act recognises Hong Kong special status under “one country, two systems”, and allows the US to continue the bilateral relations between the US and Hong Kong as an autonomous region after the handover. The act also protects the non-discriminatory trade treatments for Hong Kong. The amendments, if approved, could remove the special status of Hong Kong and tariffs applied to Hong Kong exports will be the same as that to China.

In the face of strong oppositions from locally and abroad, Hong Kong’s chief executive Carrie Lam, however, still refuses to back down and drop the extradition bill. A lot of people have questioned why she is willing to sacrifice the future of Hong Kong just to get the bill passed. Is she merely executing Beijing’s order? China’s ambassador to London Liu Xiaoming told BBC that the extradition bill was the Hong Kong government’s own idea. If Liu was telling the truth, then the responsibility of causing more than a million people to take to the streets – the largest protest Hong Kong has seen since the 1989 protest against the Tiananmen Square crackdown – and the subsequent protests and chaos rests on the shoulders of Lam.

During the chief executive election in 2017, Lam was called “C.Y. 2.0” by her opponent to mock her even greater ability to divide the society than that of her predecessor Leung Chun-ying, who provoked the crowd to take to the streets in 2014, leading to the three-month Umbrella Movement. And Lam has “successfully” lived up to her reputation with the controversial extradition bill.

Hong Kong’s chief executive is a politically sensitive and delicate position as while it requires the person in the job to walk the fine line between pledging loyalty to Beijing and serving the best interests of Hongkongers. It requires someone who is good at politics and has a great deal of street smart to do the job. But the former straight-A student and long-time civil servant who has been good at executing orders since the colonial days does not seem to have what it takes to run the city. Lam has failed her job spectacularly. And how things pan out in the coming weeks will depend on whether Lam can rectify her mistakes before it is too late. A Tiananmen 2.0 in the heart of Hong Kong is the last thing the world wants.