Can the US escape a “law of the hammer”, where the deployment of American troops abroad offers a temptation to use them? 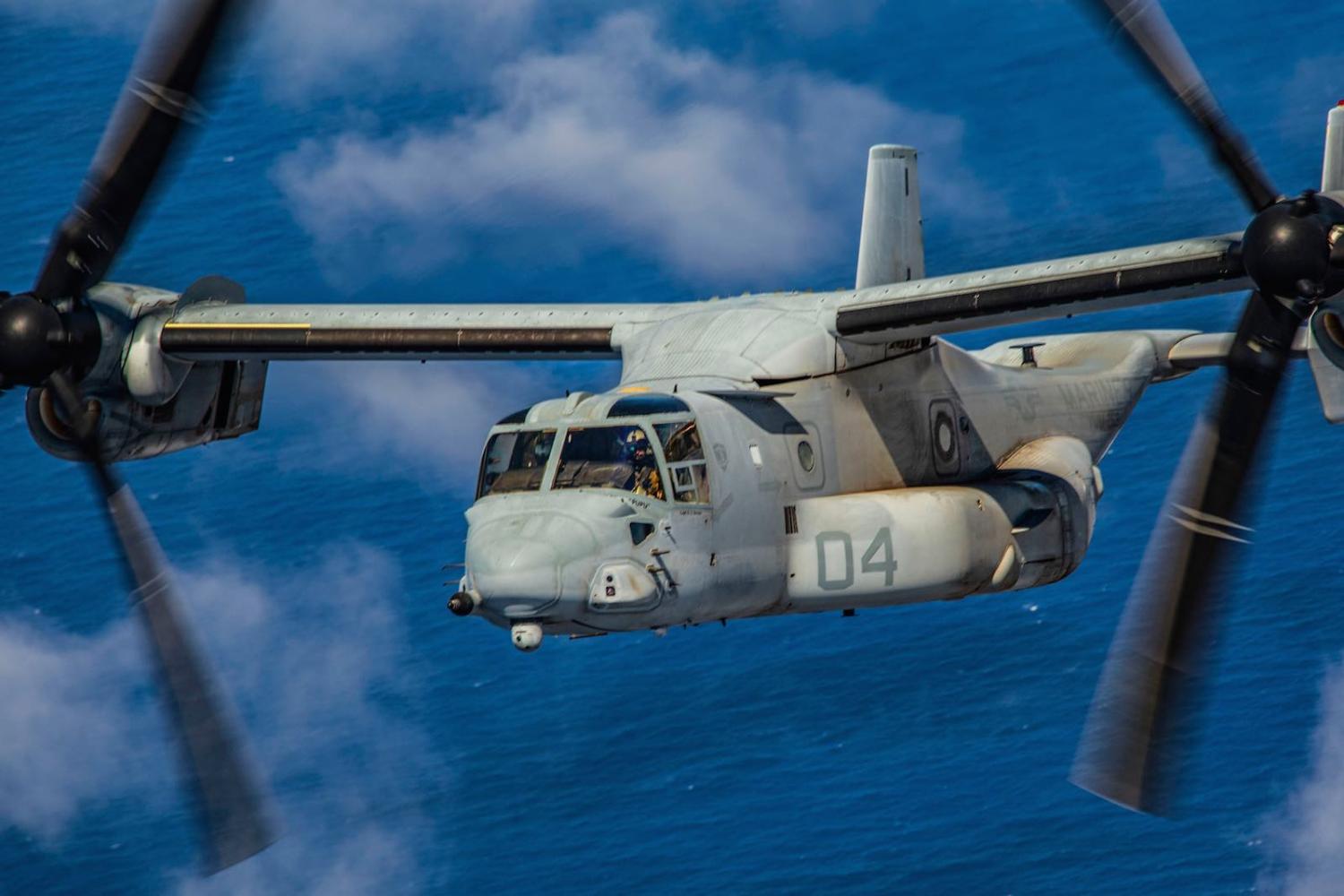 Since the end of the Cold War, the US has been ever more sucked into places around the world, an expansion producing unnecessary tension with China, Russia, and Islam (Photo: US Indo-Pacific Command/Flickr)
Published 6 Aug 2019     Follow @Robert_E_Kelly

US foreign policy since the end of the Cold War has come under growing criticism for its expansive, even aggressive, character. Despite its name, “liberal hegemony” often seems illiberal, belligerent, even militaristic. The US has used force regularly over the last 30 years, often with dubious results. Iraq 2003 is the most obvious example, but Afghanistan, Libya, Syria, and (through its Saudi proxy) Yemen also spring to mind. The current US President Donald Trump has also threatened force against North Korea, Venezuela, and Iran.

In response to these excesses, a clutch of realist critics have argued variously for restraint or retrenchment – Barry Posen, Daniel Larison, and Stephen Walt immediately spring to mind. I found this H-Diplo review of Walt’s recent book nicely summarises the issues at hand.

The primary argument is that the United States does far too much overseas, especially when it does not need to. The US faces no existential threats. Its geography – its distance from the contentious theatres of Eurasia – is generous. It is the wealthiest country in the world, with an unmatched military. Before the First World War, it restricted itself mostly to the Western hemisphere. Its expansion in the 20th century was driven by threats emanating from Eurasia, first fascism, then communism.

Yet since the “end of history” and the dissipation of those threats in 1989, there has been no pull-back. Instead, the US has been ever more sucked into places around the world. This expansion produces unnecessary tension with China, Russia, and the Islamic world. Worse, the US now fights more often than it did during the Cold War. These interventions often take far longer than the public is led to expect. They kill far more people and cost far more money than admitted. At home, a massive national security state has emerged, confirming President Dwight Eisenhower’s famous warning of the “military-industrial complex”.

The policy response to this sprawl is some mix of retrenchment and restraint. A US grand strategy of “offshore balancing” would husband American resources at home. Intervention would only occur when facing a genuine hegemonic challenger – most obviously China. But the “small wars” which have characterised US intervention in recent decades would stop, for we now know that they do not stay small. Diplomacy would be properly funded; US foreign policy would be de-militarised. Multilateralism and international organisations would be given a chance where the US today disdains them.

From an American point of view, it is hard to argue with a lot of this. The country is pretty clearly exhausted with “forever wars” such as Afghanistan or Iraq. Trump openly ran against “dumb wars” in America’s traditionally hawkish party and still won easily. That is a powerful signal for change from the public.

It is also hard to see wars with Iran, Venezeula, or North Korea staying “regional contingencies”, because as with other US ground conflicts, they would almost certainly explode in size and duration. Similarly, it is hard to argue against US allies doing more. US presidents have complained for decades about allied free-, or more accurately cheap-, riding. Trump has unfortunately tarnished this concern with his otherwise reprehensible conduct, but the notion of a more balanced, less hegemonic American alliance network is rather appealing.

So restraint – fewer wars, less “omni-directional belligerence”, more diplomacy – is not too controversial. I imagine most US allies would actually like this, too. Many US partners were dismayed at getting chain-ganged into the Iraq war, for example, agreeing to it only to retain US friendship. Similarly, Trump was nearly alone in pushing for war with North Korea in 2017.

It is important to distinguish this restraint from retrenchment though, which I do not think this literature does well. Restraint ultimately means better US judgment – less paranoia, less worst-case-scenario thinking, less willingness to describe every unfriendly government or far-off region as “strategic” to the US, less activism and jumpiness. No one disagrees with greater US perspicacity, except perhaps America’s most irresponsible partners such as the Saudi royals or Israel’s Likud party.

Give a child a hammer, and everything is an upraised nail – give a superpower a massive military and global basing, and threats become an easy recourse.

Retrenchment is more than this though. It is actual withdrawal of US forces back to the Western hemisphere from forward bases in Eurasia, specifically from Europe, the Persian Gulf, and East Asia. Given China’s rise however, retrenchment would like fall on Europe and the Middle East first. Europe, most observers would agree, has the wealth and state strength to do far more for its own security, while US policing of the Middle East is simply beyond even its superpower reach.

Restrainers’ argument for retrenchment is temptation. It is formally possible, as I am arguing, that US forces could stay forward – that is, in Eurasia – without fighting more unnecessary wars. But as long as they are there, as long as there are US forces near countries such as Iran, North Korea, and Venezuela, it will be hugely tempting for US policy-makers to militarily threaten those states. This is akin to the “law of the hammer” – give a child a hammer, and everything is an upraised nail. Give a superpower a massive military and global basing, and threats become an easy recourse. A full-blooded restraint argument would claim greater US foreign policy discipline is possible only when the US is physically out of the way.

Ideally though, the US could stay where it was wanted – eastern Europe, Australia, South Korea, Japan – without actually leaping therefrom into wars. The advantages of staying forward are clear. US presence bolsters alliances. It helps solidify liberal democracy in places which might otherwise backslide. It builds democratic solidarity around the world among otherwise disparate states to push back concertedly on authoritarians such as Russia or China. It builds interoperability with local partners should future military needs arise and gives the US a location from which to operate should local geopolitics worsen.

Even a small US presence can reinforce positive trends, such as democratisation or the deterrence of Sino-Russian meddling, without, hopefully, being large enough to invoke the law of the hammer. And the financial assistance from allies could offset the cost of US forward stationing. In South Korea and Japan, the US, Japanese, and South Korean governments frequently repeat that is actually cheaper to keep US forces there than bring them home. Allied support, plus the costs to the US to build new facilities back in the US, offsets the expense – although hard data to substantiate these claims is not forthcoming.

Eastern Europe is an obvious example. US retrenchment from Europe would almost certainly encourage more Russian meddling from Vladimir Putin and worsen democratic backsliding in those new democracies. Those would be moral and strategic costs to the United States.

In response, could the US keep a small local presence that both provides the “reinforcement effects” described above without so much combat power as to encourage unnecessary war-making? Can we have restraint without full-blown retrenchment? Or would even small US presences encourage so much allied free-riding or intervention temptation that they are not worth it? “Places not bases”, in which the US retains “lily pads” for possible operations in the future without large contingents of men and material, are one possibility to square this circle.

Just when the foreign-policy orthodoxy seemed to be catching up with him, Hugh White has upended it again.
3 Dec 2016 07:33